Also called Peter of Verona, an inquisitor and martyr. Peter was born at Verona, Italy, in 1205. Both of his parents were Catharists, a heresy that denied God created the material world. Even so, Peter was educated at a Catholic school and later at the University of Bologna. While in Bologna, Peter was accepted into the Dominican Order by St. Dominic. 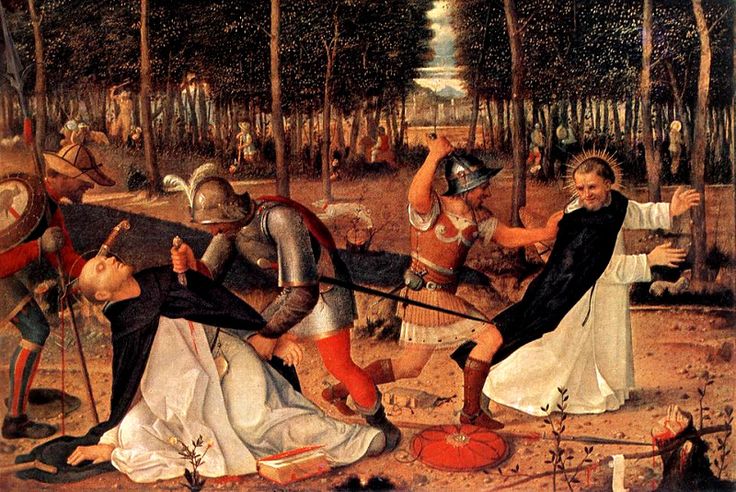 He developed into a great preacher, and was well known for his inspiring sermons in the Lombardy region. In addition, around the year 1234, he was appointed by Pope Gregory IX as inquisitor of Northern Italy, where many Catharists lived. Peter’s preaching attracted large crowds, but as inquisitor he made many enemies. 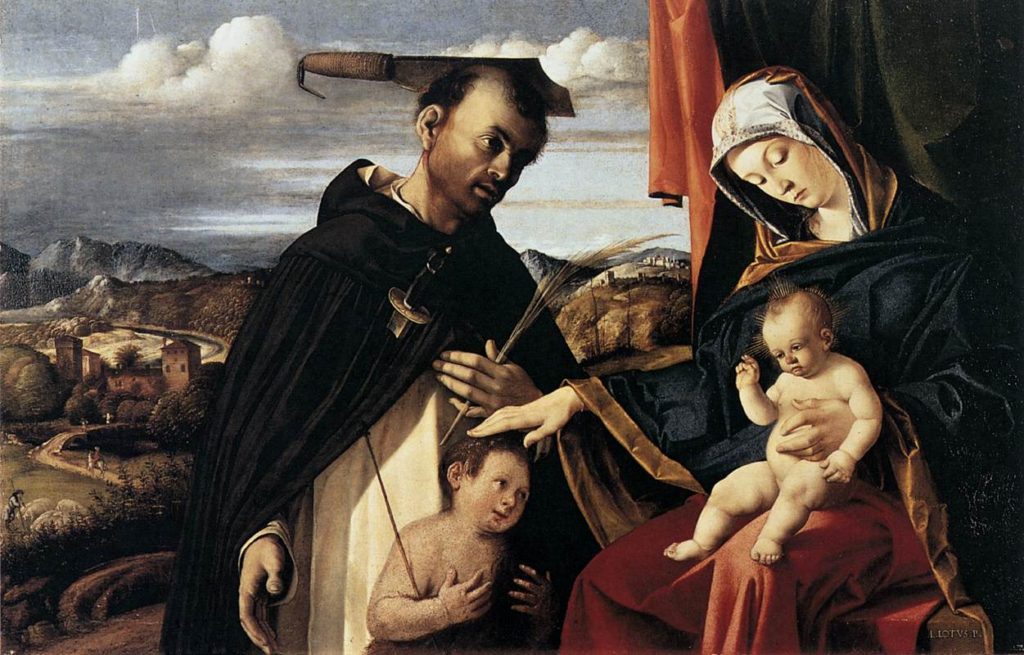 In 1252, while returning from Como to Milan, he was murdered by a Catharist assassin at the age of forty-six. The following year, he was canonized by Pope Innocent IV. 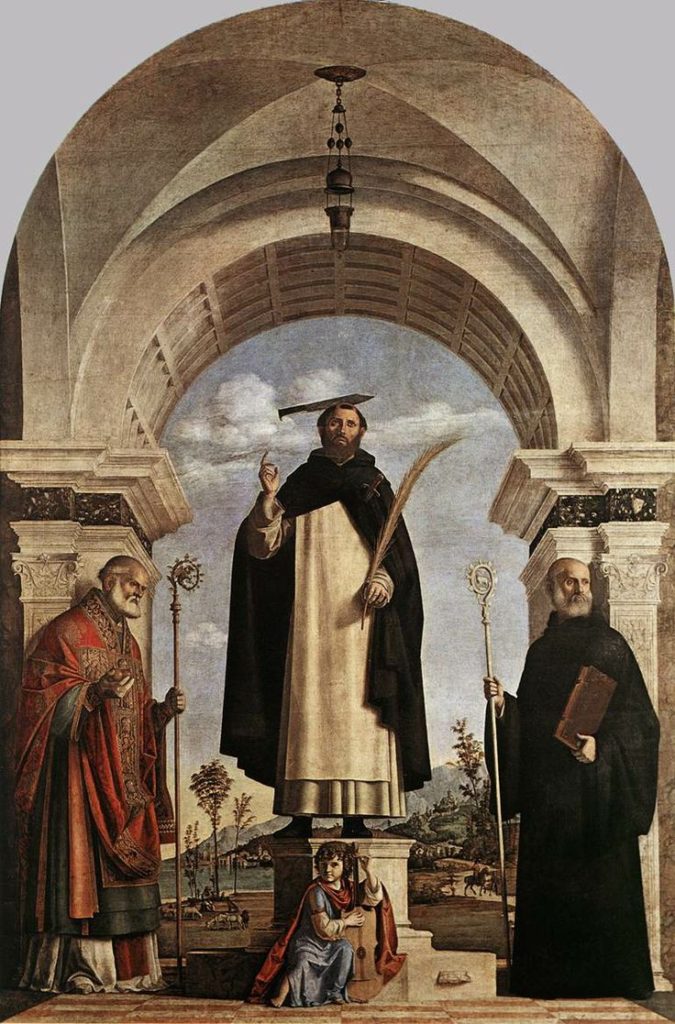 Although his parents were members of a heretical sect, St. Peter of Verona was strong in his Catholic Faith. However, his faithfulness to the Gospel message in his preaching as a Dominican, brought about much opposition, and eventually Peter paid with his life for preaching the truth. One of the hazards of preaching and living the Gospel is that we must be considered undesirable according to worldly values. With faith in the Father, and as his children, we are called to stand firm and never waver from the truth in the face of death. Canonized the year after his death by Pope Innocent IV, he was also named the patron saint of inquisitors. Since 1969, his cult has been locally confined. His feast day is April 29th.

editor note- I’ve personally seen these work.  Years ago I had palms blessed on his feast day.  We had a tornado warning pop up right at noon (minutes after I walked out of the church) & was able to pass out a number of palms to friends around town. The next day I heard others (who didn’t know about the palms) say “that storm seemed to go around us” as a tornado hit the opposites sides of the town which I passed out the palms.  Where I am currently located there is a high risk of hail damage.  All around me has been hit with damaging hail whereas my area has only received one hail ‘storms’ and it was very small hail & never any damage. 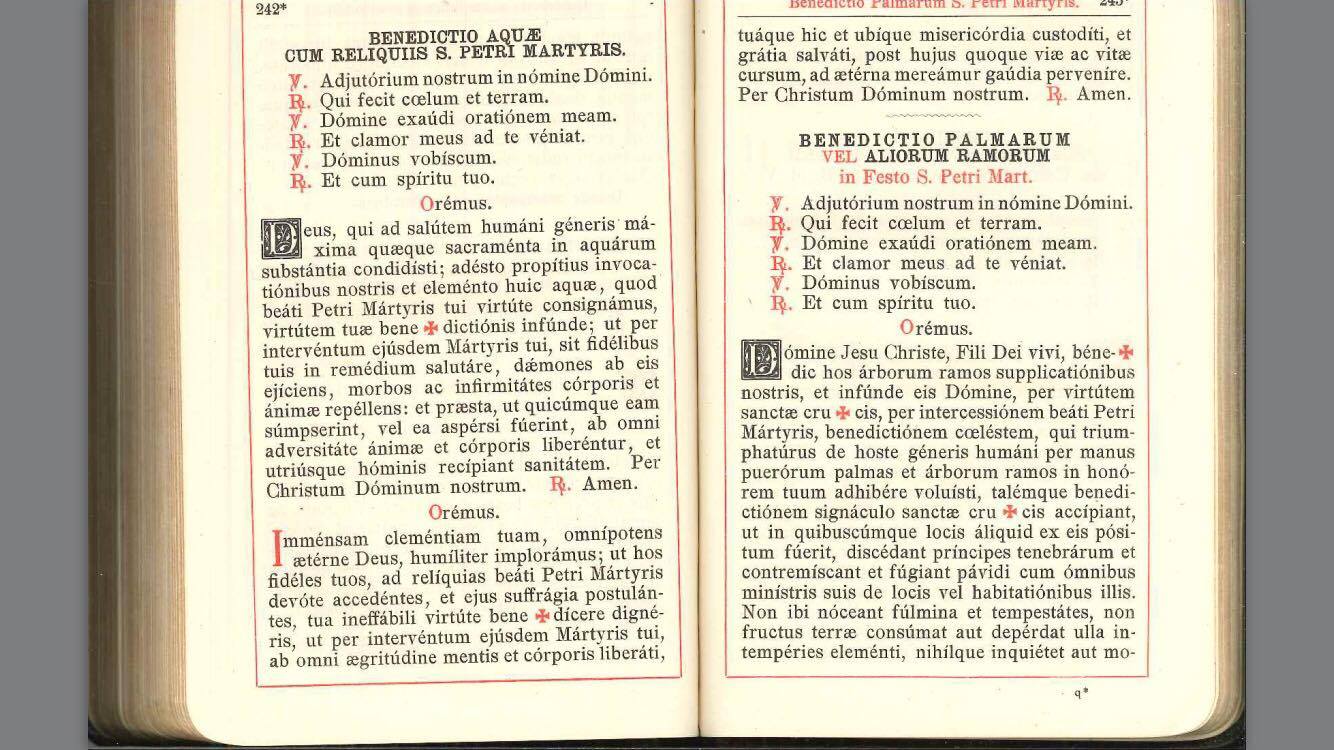 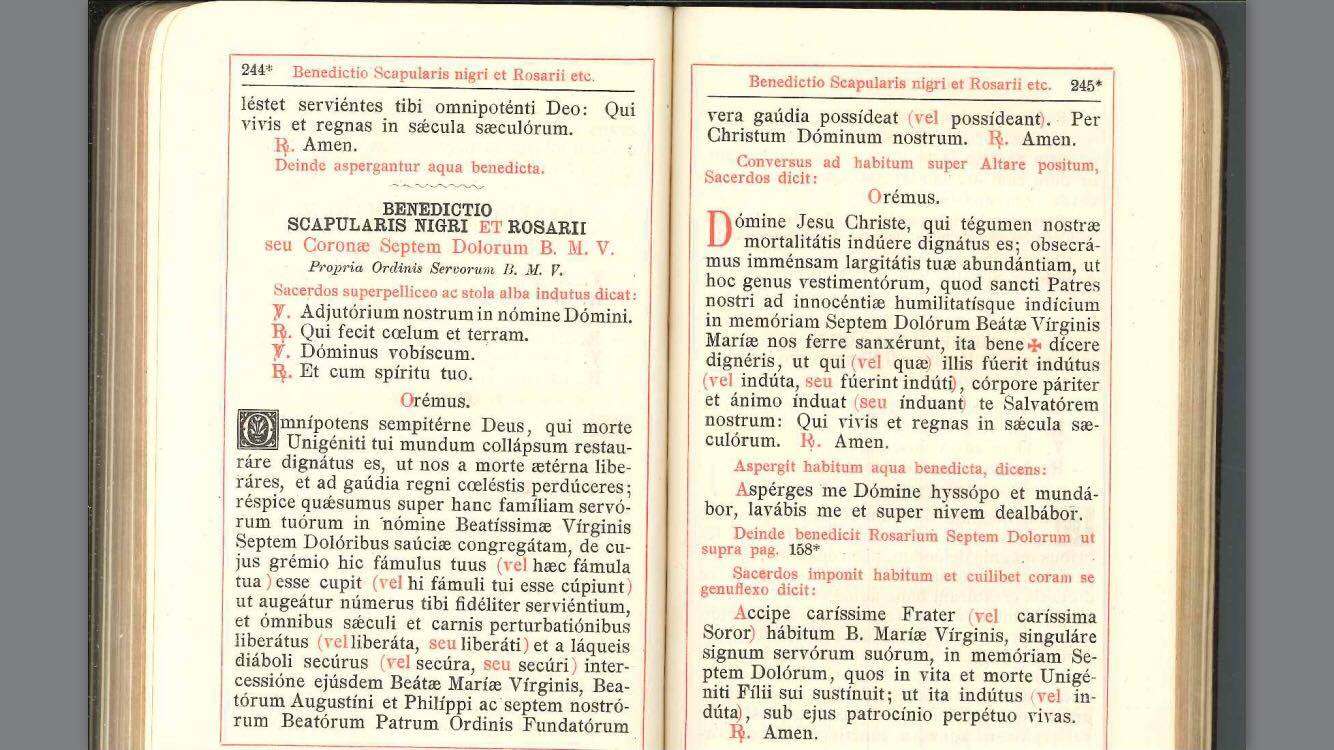 We leave you with a poem St. Thomas Aquinas composed about St. Peter Martyr.

The Voice the sheep heard gladly,
The light they loved to see
He fell beneath the weapons
Of graceless Cathari.

The Saviour crowns His Soldier;
His praise the people psalm.
The Faith he kept adorns him
With martyr’s fadeless palm.

From the Dominican Providence of St Joseph website: In 2007, Pope Benedict issued the Instruction Universae ecclesiae on the implementation of the Apostolic Letter Summorum pontificum, which was issued motu proprio.  Among other things, the Instruction clarified that religious orders, including the Order of Preachers, are permitted to use the liturgical books in force in 1962.  Among the liturgical books of the Roman Rite specifically mentioned by the Holy Father was the Rituale Romanum, or Roman Ritual.  Before the Second Vatican Council, it was common to reserve certain blessings of object to religious orders.  These were often associated with the invocation of a particular saint. In the Dominican Order, a number of popular blessings arose especially with St. Peter Martyr (or St. Peter of Verona), the first Dominican saint to be canonized, and whose feast the Order celebrates on June 4.  Below are two blessings, in Latin and English, from the tradition of the Order associated with this great saint. The first of these blessings is for so-called “Peter Martyr Water”.  Like the Vincent Ferrer Water, the first blessing invokes the saint’s prayers through the medium of water for the sake of those who are sick.  Many people are familiar with “Lourdes Water” from the miraculous stream associated with the apparition of Mary in the town of Lourdes in France.  That water, too, has been associated with asking God to heal the sick, through the prayers of the Blessed Virgin Mary. The second blessing is associated with St. Peter’s status at the Order’s first martyr.  In Christian iconography, the palm branch is associated with martyrs, as in the image below.  This is in part a reverence to the Chapter 7 of the Book of Revelation:  “behold, a great multitude which no man could number, from every nation, from all tribes and peoples and tongues, standing before the throne and before the Lamb, clothed in white robes, with palm branches in their hands”.  They people dressed in white robes carrying palm branches are described by the angel, saying that, “they have washed their robes and made them white in the blood of the Lamb.” The blessings below may be given by any priest.

[The original blessings in Latin are taken from the Breviarium Juxta Ritum S. Ordinis Praedicatorum issued under the authority of Fr. Emmanuel Suarez, Master of the Order of Preachers, in 1952.  The translations, slightly modified, are taken from The Roman Ritual, translated by Philip T. Weller, S.T.D., and published in 1964 by the Bruce Publishing Co.]
46 shares