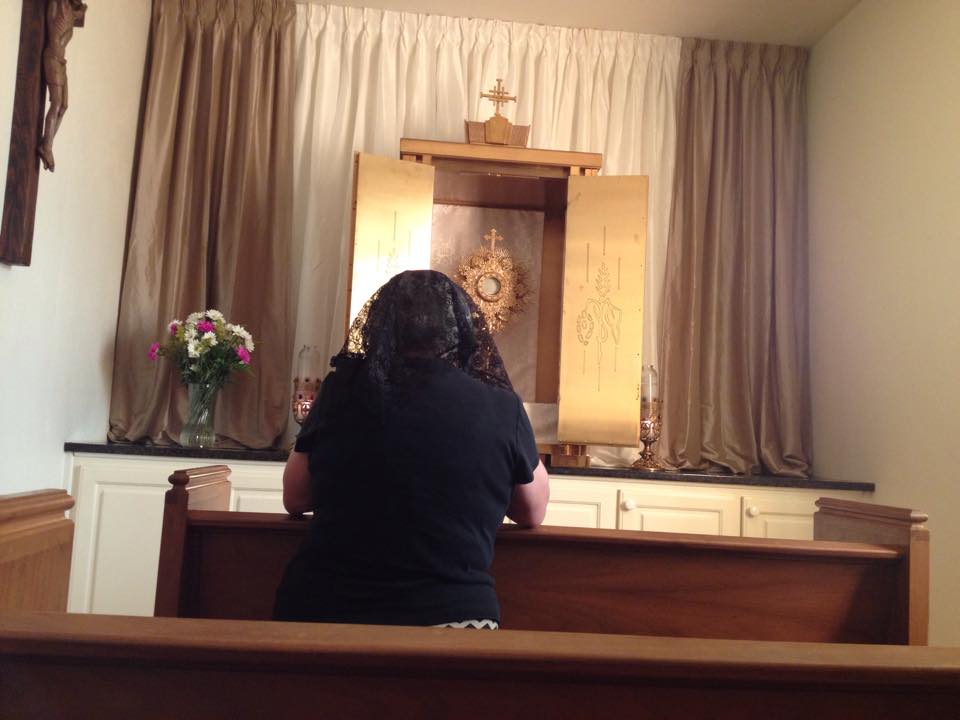 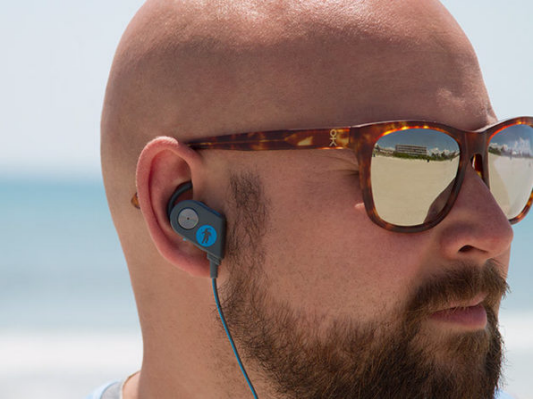 Many ask me about the audio links so they can listen to sermons & lectures while working out or wherever without the video form. In every video there’s a dropdown box called ‘video description’ or ‘show notes’ section that I placed the audio links in.

that should be enough for you right now. I don’t use every link in the videos but I check out every link to listen to in the car, gym, etc

We had the honor of attending the Kolbe Center for Creation Conference in Conception Missouri and filming the lectures.  Thank you to all who helped to get me out there to bring you all the lectures. 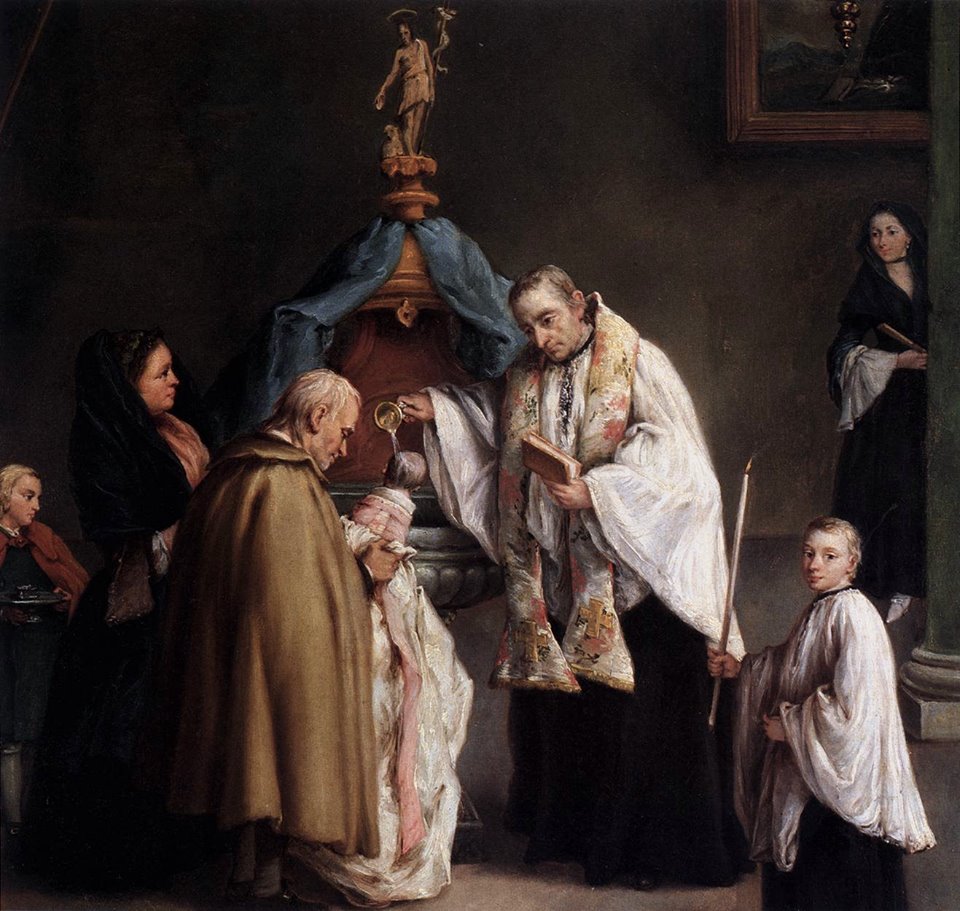 Baptizing Miscarried and Stillborn Babies: The Other Unborn

Roman Rite (pdf … below is from the Baptism section)

1964 Roman Rituale Book of blessings and rites (Extraordinary Form) – General Instructions on Baptisms: mentions about conditions for baptism in the womb

20. No child is to be baptized while still enclosed in the mother’s womb, as long as there is a probable hope that it can be properly brought forth and then baptized. If only the head of the child has come forth and there is danger of its dying, it should be baptized on the head; if afterward it is born and lives, baptism may not be repeated conditionally. If another member of the body makes its appearance and there is danger of death, the baptism should be conferred conditionally upon that member; if the child lives after birth it must be rebaptized conditionally. Should a mother die in confinement, the fetus should be extracted by those obliged there to by their profession, and if there is a certainty that it lives, it should be baptized absolutely, otherwise conditionally. A fetus baptized while in the mother’s womb must be rebaptized conditionally after birth.

21. One should see to it that every abortive fetus, no matter of what period, be baptized absolutely if it is certainly alive. If there is doubt about its being alive, it should be baptized conditionally. 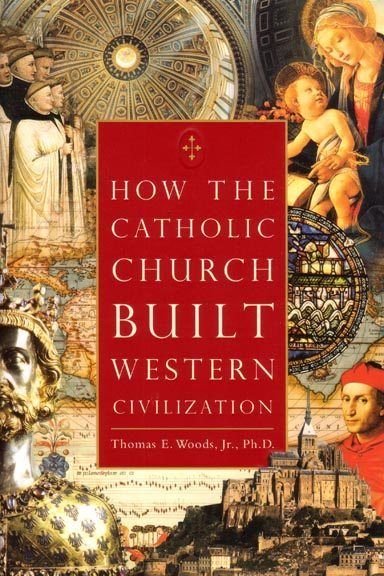 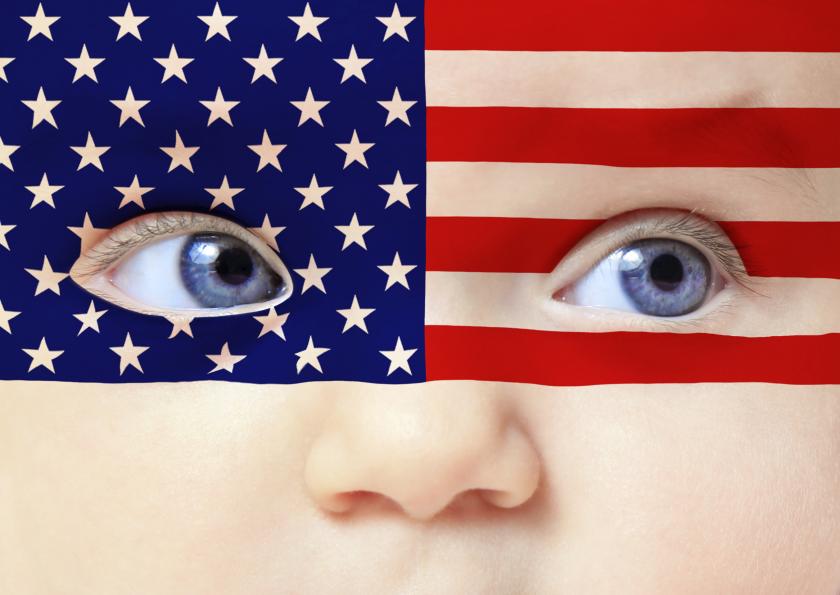 As evident by the results from the Ireland vote, we saw for the first time a population vote to kill its own offspring.  Usually, it has been black robe judges in courts or governments who have mandated to its citizens to ok these horrific crimes that call out to God for vengeance.  So what can we do about it?

Well I am writing in these united States (yes, I meant to write ‘these’ & ‘united’ in lower case).  So what you might ask?  After Lincoln’s War of Aggression on the Southern Confederacy (which the Southern states did exactly what their forefathers did and we celebrate Independence Day for) you saw a turn to a ‘one nation’ mindset.  Look at Francis Bellamy, a committed nationalist preacher, who had been thrown out of his Baptist church for insisting Christ was a socialist. He also founded Boston’s first “Nationalism Club,” based on the principles laid down in his cousin’s bestseller Looking Backward (a utopian novel set in the year 2000, featuring an America that has blossomed into a Marxist paradise). For Bellamy, “the republic” was synonymous with “the State.” In 1891, the family magazine Youth’s Companion asked 35-year-old Francis Bellamy, a former pastor of Boston’s Bethany Baptist Church, to fashion a patriotic program for schools around the country to commemorate the 400th anniversary of Christopher Columbus’s “arrival in America” by “raising the U.S. Flag over every public school from the Atlantic to the Pacific.” (Just an fyi the words “under God” did not appear until 1954 when the Knights of Columbus worked to add it to fight the “Godless USSR”).

Through the pledge, Bellamy sought to define “true Americanism” against the rising tide of southern and eastern European immigrants “pouring over our country” in the early 20th century from “races which we cannot assimilate without a lowering of our racial standard.” Although Bellamy conceded that “the United States has always been a nation of immigrants,” he argued that “incoming waves of immigrants…(were) coming from countries whose institutions (were) entirely at variance with our own.”  Sounds slightly eugenic thinking, huh?

Before the war, if you read the founder’s writings, you would see phrases such as “my country of Virginia” as Patrick Henry would say.  Henry was also against the “We the People” line and in favor of “We the States” (you can see the entire speech of Henry’s in the film “Spirit of 76” that Mike Church researched and put together here) as everyone saw their own State as it’s own nation, which was the classical idea of ‘state’ is ‘country’.   People still use this idea for their sport teams, “this is Broncos country” for example, but when they speak about the union (and we are a union of 50 nations united under a Constitution that nobody follows), they speak of it as a gigantic land mass from sea to sea governed by a 10 mile square along the Potomac.  If this was true, then why do the states have their own constitutions?  The short answer is that the State indoctrination you get in State indoctrination camps, err I mean State run public schools.

Don’t forget the original pledge salute looked like this

Have you ever thought why Italy or France or Germany still go to the Olympics under their own flag even though they are in the European Union?  Would not the patria and pride of your homeland be off the charts if you saw your State flag flying during the medal ceremony?  Maybe it’s just me.

So what does all this mean?  Why am I bringing this up?

Well, it wasn’t State mandates that gave us abortion in this union, but the 9 unelected tyrants in DC that ‘settled’ that during Roe v Wade; no votes, no ‘democratic process’, just a ruling that said it was legal to kill your baby. That was in 1973.  Before that, in 1965, Griswold v. Connecticut legalized contraception. It all starts with contraception.  Notice SCOTUS over-ruled a State law yet how many still yell “get back to the Constitution!”?

Since Roe v Wade, how much head way have we made in the efforts to stop killing our offspring? Dean Wormer can answer.

Ok, maybe we might have gained 0.1% and yes, I know President Trump has done some good in this effort (especially with the Mexico City Policy and recently pulling funds from Planned Parenthood-Deo Gratias), but how many politicians have promised to do x or y or z?  I remember Dr Ron Paul, who birthed many babies as an OB-GYN, give an interview years ago in response to “Why do pro lifers in Congress kill your pro life bills?”. He said something to the point of: “if Republicans end abortion then what will they run on?” Showing that it is only about winning elections as nothing really goes our way in DC.

So what to do?  As Professor Livingston of the Abbeville Institute says, “we are out of scale” in this 2012 lesson.

Instead of looking at DC to solve our problems, we must focus on the individual states.  Iowa’s governor signed the ‘most restrictive abortion bill in the land’ back on 4 May (even though as I write this, a black robe tyrant in Iowa agrees to halt the law temporarily) and in my former country of South Carolina they have been pushing to ban abortion entirely, however the party of death, the Democrats, squashed it in a late night filibuster. In Mississippi, they only have one abortion clinic left and lawmakers are pushing for the most restrictive abortion laws in our union. We can find chinks in the abortion lovers armor by going through the states. For most elections, people only look at DC and very few even know who their local State representative is. Imagine good Catholics running for State and local offices. You want to see ‘change’? There you go.  We could end abortion in most of the States ASAP if we went this route. Sure, it would be harder in California or New York, but we can still attempt it. The focus needs to be removed from this “one nation” mindset and focus on fixing our own backyards and states, your true country.

We have been losing for decades as the March for Life has turned out to be a youth field trip.  If you go, you will see how many are laughing and joking while running around to take photos to post on Instagram or Snapchat or Fedbook (err Facebook).  I went two years ago and the only solemn part was when a lady on a bullhorn shouted “remember why you are here!”.  God bless that group.  I, for one, liked the graphic photos and her response because most seemed to think it was ‘cool’ to be in DC screaming “we are the pro life generation” with a smile while 3,000 of our babies are ripped apart.  I thought Michael Voris’ take on this was spot on:

Also, be aware of the Aesopian language, a Marxist idea, that are words that seem innocent to outsiders but have a concealed meaning to informed members of the movement who speaks it.

Ireland is done for and St Patrick saw his land, in a vision, having the fire gone out, however he did see little embers pop up here and there later.  Our federal government has done everything it can to spread abortion, contraception, and gay ‘marriage’ here and overseas.  As St Augustine said “heretics are zealous but Catholics are lazy”.  It is way past time for the Church Militant to get in the game. What is for certain is the idea of “voting harder” will not work. Of course in the spirit of Garcia Moreno and not Thomas Jefferson.

Support Me on Patron!