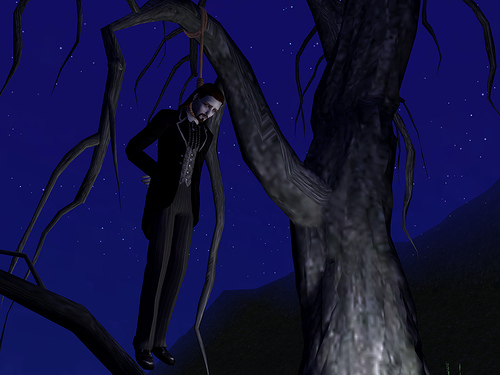 On 6 May, 1626, Benjamin Norton, vicar for Kent, Surrey, Sussex, Hampshire and Berkshire, wrote to Dr. Richard Smith, Bishop of Chalcedon : — ** Of Mr. J. Slade I yett knowe noe more but that I knewe the man well & he was reputed then to bee a dorsett shire man, of whome I knowe noe more butt that hee was a most constant mortified man, &c.” {C.R.S. V. 395).

He was probably a relative to that John Slade, late of Manston, Dorset, gent, (of whom the Recusancy Roll, 37 Eliz., 1594-5, records that he was fined for non-attendance at church for five months); and he is described in the account of his martyrdom cited later as a schoolmaster. Beyond this, we know no more of him before his arrest than Benjamin Norton did.

Father William Warford, S.J., speaks of him as having been “expelled from New College, Oxford, by Home the pseudo-bishop” of Winchester; but he was certainly not on the foundation of that college and it is very improbable that one who had afterwards to teach for his living would have gone to Oxford as a gentleman-commoner.

Bishop Challoner says that he was “for some time a student in the canon and civil law in the university of Douay and a convictor of the English College in that city”: but no evidence is forthcoming that any Slade matriculated at the University of Douay, and the “Sladus” without a Christian name who figures in the Douay Diaries is most probably the William Slade of Lichfield diocese who afterwards became a priest.

On 14 June, 1582, the Privy Council sent “A letter unto Sir John Horsie, Knight, and George Trenchard, Esquiar, for the apprehending and sending up of one Slade, a verie daungerous Papist lurking within that county of Dorset, and all suche superstitious ornamentes and tromperie as they can by diligent search find out, together with the said Slade” (Dasent, xiii. 446). He was soon after arrested and committed to Winchester Jail. Some incidents of his imprisonment there and double trial will be found in the account of his fellow-prisoner and fellow-martyr John Body. An account of his death is extant in a book printed in London by Richard Jones, in 1583, of which there is a copy, mainly in Black Letter, in the British Museum. It lacks the title-page but is otherwise apparently perfect. It seems to be more trustworthy than the account in Westminster Archives minster Archives’ unknown “Francis Coke” among the gentlemen present at the executions.) It has, therefore, been transcribed here. Father Pollen justly says: “It may be noted that though the Martyrs are described throughout as traitors, the report is in other respects not unsympathetic. May it not be that while written by a Catholic, this half-transparent device was adopted in order to allow of its publication in England? The initials would suit Robert Barnes, who was condemned in 1598 to be hanged for felony because he had harboured the Martyr John Jones, alias Buckley, O.S.F.” Robert Barnes was not executed, but remained in prison till the accession of James I.

The missing title-page may be taken to be the same in the main as that given by Father Pollen, loc. cit.

The book as it stands begins as follows : —

To the worshipfull & his very good freend Maister H.S.

Wheras your worship (at my last being with you) desired mee to let you have knowledge of the manner of the ende and confessions of BODY and SLADE, two notorious Traitours : I have, according to my promise, sent you the true Discourse thereof: For, I being present thereat (as you knowe) upon some especial occasions, have set down so neere as memorie would serve mee, the certaintie therof, which you maye be bolde to declare to your Frends for a very trueth ; nottwithstanding the sundry flying tales rumored abroade by the Papists according to their accustomed manner, as theif affection serueth them, I have sent you the trueth, and nothing but the trueth, and therof you may assuredly perswade your selfe. Thus with the continuall desire of your welfare, with all yours, I commit you to the heauvenly protection.

From Winchester, by your Freend to use.

These Gentlemen and Justices of Peace, were present at these Executions.

Beside many other Gentlemen of countenance and credit.

The Execution and Confession of John Slade, an obstinate and notorious Traitour, who was drawen hanged, and quartered for highe treason against her Maiestie, at Winchester, on Wednesday, the XXX day of Octob. 1583. On Wednesdaye, beeing the 30, of October, John Slade, sometime a Scholemaister, was drawen upon a Hurdell from the prison in Winchester, to the market place where the execution was appointed; and being come to the aforesaid place, and taken off the Hurdell, he came and kneeled downe by the gallowes, making a crosse with his hande upon one of the poastes therof, and kissed it, using silent Prayers in latine to him selfe. Afterward, being come upon the ladder, he beganne in this manner. I am come hither this day to suffer death for my faith, what faith? no rare faith, but even the faith that hath, continued from all posterities: Wherupon Sir William Kingsmell, knight, spake to him as thus: Slade, doe not thus delude the People with plausible speeches, you are come hither to suffer death for high treason against her Maiestie, you have ben lawfully and sufficiently convicted therof, and therfore you are brought to endure ye punishment that Law hath assigned you. You have denyed her maiestie to have any supremacie over the Church of Christ in England, both in causes Ecclesiasticall and temporal, which fact is high treason: and therfore you are worthy to suffer death, in that you will not give her maiestie her dutie and your allegiaunce. Oh Sir William (quoth he) I will give her maiestie as mutche as ever hath beene given to any Prince in this Realme, & wil shew her as much dutie, as he that is her most obedient Subject. That do you not (answered Sir William Kingsmell) for you rob her of her Ecclesiastical and temporal governement, which all Princes hath enjoyed, and you traiterously take from her: therefore how do you give her as much as any Prince hath had, and howe doe you showe your selfe a subject, in this unnaturall dealing, to preferre a forraine gouernement, before your owne lawfull Queen.

Sir (sayd Slade) the supremacie hath & doth belong to the Pope by right, even as from Peter, & the Pope hath received it by divine providence: therefore we must not give those thinges belonging to god, to any other then him alone: and because I wil not do otherwise, I may saye with the three children in the firie Oven, and the first of the Widowes seuen Sonnes, in the Maccabees. Parati sumus mori, magis quam patrias Dei leges praeuaricari. Then M. Robert White (high Sherife of the Shiere) sayd to him, that he shewed himself very undutifull to her Maiestie: and therfore willed him to aske her forgivenes: O Maister Sherif (quoth hee) you knowe if Paule and Peter would have obeyed their Princes, they had not suffered death. At these words M. Doctor Bennet, one of the Chaplains to the right honorable the Lord Treasourer, came to him and sayd: Slade, do not abuse the people thus, with these wordes: Paule & Peter were put to death for religion, they were commaunded not to preach in the name of Jesus, are you commaunded any such thing: Oh Sir (answered Slade) I would wish you to behave your self after ye manner of a Trewant, whose nature is to forget, and so would I have you forget your wicked life and begin a new. Slade (said M. Bennet) I come as one that wisheth well to thy soule, thou art now at ye pits brink, consider how highly thou offendest God, and likewise howe thou hast transgressed against her Maiestie: I desire thee in the bowelles of Christ, be not so wilfull, loose not that so lightly which he hath bought with his most pretious blood. And if my wordes may not prevaile with thee, yet for ye love of thine owne soule, forsake this damnable opinion, let not that unworthie Priest be preferred before thine own natural Princesse, who is the lawful supreme head of the church, next under Christ. Thou knowest how he hath deprived her of her governement by his excommunication, and wilt thou be so wicked as leane to him and forsake her? Sir (answered Slade) you are very busie in words, if the Pope hath done so, I think he hath done no more than he may, and than he ought to do, for I wil acknowledge no other head of the church, but only the Pope, and her Maiestie hath no authoritie in temporall causes (likewise) but only what hee shall thinke good to allow her. At these words, the people cried, away with the Traitour, hang him, hang him. Maister Sherife willed him againe to ask her Maiestie forgiveness. Why should I aske her forgiveness (quoth hee) wherein have I offended her? Then M. Bennet desired him to commend his soule to God, and desire the people to praye for him, but he sayd, they and hee were not of one faith & therefore they should not praye for him, & I desire al blessed people (quoth he) to pray for me, and all the Saintes and blessed Companie of Heaven. So after he had staied so long as it pleased himself and had mumbled a many latine praiers silently to himself, he was cast beside the ladder, and afterward was cut downe and quartered, according to his Judgement.