ST. THOMAS AQUINAS ON HOW TO PRESERVE CHASTITY

ST. THOMAS AQUINAS ON HOW TO PRESERVE CHASTITY 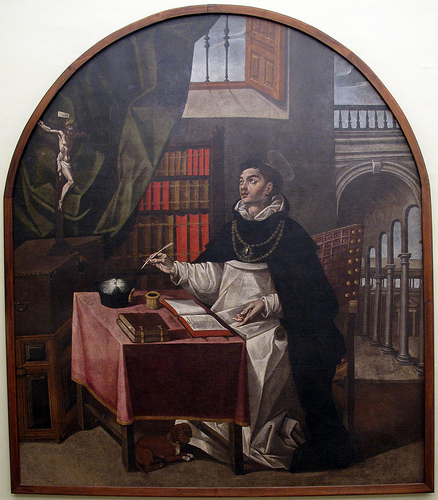 SINCE CHASTITY is so difficult a virtue that, in Our Lord’s words, not all men “take it,” but those only “to whom it is given,” it is necessary for those who desire to live a life of continence, so to conduct themselves as to avoid all that might prove an obstacle in the prosecution of their design. Now there are three principal hindrances to continence. The first arises from the body. The second from the mind. The third from external circumstances, whether they be of persons or of things.

The body is an obstacle to continence. As St. Paul says, “The flesh lusteth against the Spirit” (Gal. 5:17), and “the works of the flesh are fornication, uncleanness, unchastity and the like.” Concupiscence is that law of the flesh, of which, in his epistle to the Romans, St. Paul says, “I see another law in my members fighting against the law of my mind” (Rom. 7:23). Now the more the flesh is pampered, by superabundance of food, and by effeminacy of life, the more will its concupiscence increase. For, as St. Jerome says, “A man heated with wine will quickly give the rein to lust.” The book of Proverbs warns us against wine as “a luxurious thing” (Prov. 20:1). Job, again, tells us that Behemoth (by whom Satan is signified) “sleepeth under the shadow, in the covert of the reed and in moist places” (40:16). St. Gregory (33 Moral) thus interprets this passage. “Moist places,” he says, “betoken voluptuous works. We do not slip on dry ground; but, we have no sure foothold on slippery soil. Hence, those men pursue the journey of this present life in moist places, who cannot hold themselves upright in justice.” He, then, who desires to undertake a life of continence must chastise his flesh, by abstention from pleasure, and by fasts, vigils, and such like exercises.

St. Paul sets before us his own conduct as an example in this respect, “Everyone that striveth for the mastery, refraineth himself from all things. . . . I chastise my body and bring it into subjection, lest, perhaps when I have preached to others, I myself should become a castaway” (1 Cor. 9:25). What the Apostle practiced in deed, he taught in word. In his Epistle to the Romans (13:14), after his warning against “chambering and impurities,” he concludes, “make not provision for the flesh in its concupiscences.” He rightly lays stress upon the concupiscence of the flesh, i.e., its desire for pleasure; for it is incumbent on us to make provision for what is necessary for our body, and St. Paul himself says, “No man ever hated his own flesh, but nourisheth it and cherisheth it” (Eph. 5:29).

An obstacle to continence arises also from the mind, if we dwell on unchaste thoughts. The Lord says by His prophet, “Take away the evil of your devices from my eyes” (Isa. 1:16). For, evil thoughts often lead to evil deeds. Hence the Prophet Micheas says, “Woe to you that devise that which is unprofitable” and he immediately continues, “and work evil in your beds” (2:1). Amongst all evil thoughts, those which most powerfully incline unto sin, are thoughts concerning carnal gratification. Philosophers assign two reasons for this fact. First, they say, that as concupiscence is innate in man, and grows with him from youth upwards, he is easily carried away by it, when his imagination sets it before him. Hence Aristotle says (2 Ethics), that “we cannot easily judge of pleasure, unless we enjoy it.” 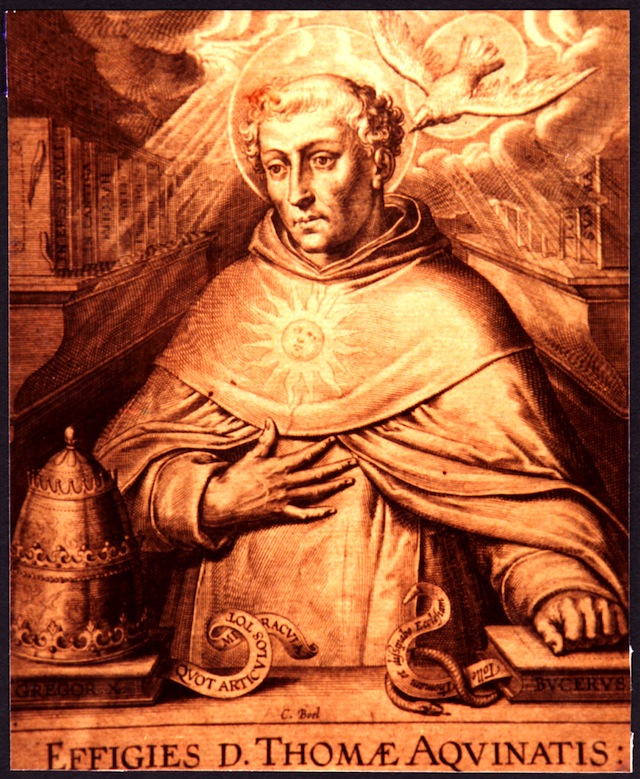 The second reason is given by the same philosopher (3 Ethics), “Pleasure is more voluntary in particular cases than in general.” It is clear that by dallying with a thought we descend to particulars; hence, by daily thoughts we are incited to lust. On this account St. Paul warns us to “Fly fornication” (1 Cor. 6:18); for, as the Gloss says, “It is permissible to await a conflict with other vices; but this one must be shunned; for in no other means can it be overcome.”

But, as there are many obstacles in the way of chastity, there are also many remedies against such obstacles. The first and chief remedy is to keep the mind busied in prayer and in the contemplation of Divine things. This lesson is taught us in St. Paul’s epistle to the Ephesians, wherein he says, “Be ye not drunk with wine wherein is luxury; but, be ye filled with the Holy Spirit, speaking to yourselves in psalms and hymns and spiritual canticles” (which pertain to contemplation), and “singing making melody in your hearts to the Lord” (whereby prayer is implied) (5:18). Hence in Isaias, the Lord says, “For by my praise I will bridle thee, lest thou shouldst perish” (48:9). To the divine praise is, as it were, a bridle on the soul, checking it from sin.

The second remedy against lust is the study of the Scriptures. “Love the study of Holy Writ,” says St. Jerome to the monk Rusticus, “and thou wilt not love the vices of the flesh.” And St. Paul in his exhortation to Timothy says, “Be thou an example of the faithful in word, in conversation, in charity, in faith, in chastity,” immediately adding, “Till I come, attend unto reading” (1 Tim. 4:12).

The third preservative against concupiscence is, to occupy the mind with good thoughts. St. Chrysostom, in his commentary on the Gospel of St. Matthew, says that, “physical mutilation is not such a curb to temptation, and such a source of peace to the mind, as is a habit of bridling the thoughts.” St. Paul also says to the Philippians, “For the rest, brethren, whatsoever things are true, whatsoever modest, whatsoever holy, whatsoever lovely, whatsoever of good fame, if there be any virtue, if any praise of discipline, think on these things” (4:8).

The fourth help to chastity is to shun idleness, and to engage in bodily toil. We read in the book of Ecclesiasticus, “Idleness hath taught much evil” (33:29). Idleness is pre-eminently an incentive to sins of the flesh. Hence Ezechiel says, “Behold, this was the iniquity of Sodom thy sister, pride, fullness of bread, abundance and idleness” (16:49). St. Jerome likewise writes, in his letter to the monk Rusticus, “Do some work, that so the devil may always find thee employed.”

A fifth remedy for concupiscence lies in certain kinds of mental disquietude. St. Jerome relates, in the epistle quoted above, that, in a congregation of cenobites there dwelt a young man who could not, by means of fasting or any laborious work, free himself from temptations of the flesh. The superior of the monastery seeing that the youth was on the point of yielding, adopted the following means for his relief. He commanded one of the most discreet among the fathers to constantly upbraid the young man, to load him with insults and reproach, and, after treating him thus, to lodge complaints against him with the Superior. Witnesses were called, who all took the senior father’s part. This treatment was continued for a year. At the end of that time, the superior questioned the youth about his old train of thought. “Father,” was the reply, “I am scarcely permitted to live. How, in such straits, shall I be inclined to sin?”

A great obstacle to continence arises from extrinsic circumstances, such as constant intercourse with women. We read in Ecclesiasticus, “Many have perished by the beauty of a woman, and hereby lust is enkindled as a fire . . . for her conversation burneth as fire” (9:9). And, in the same chapter, the following safeguard is proposed against these dangers: “Look not upon a woman that hath a mind for many, lest thou fall into her snares. Use not much the company of her that is a dancer, and hearken not to her lest thou perish by the force of her charms.” Again, in another chapter, “Behold not everybody’s beauty; and tarry not, among women, for from garments cometh a moth, and from a woman the iniquity of a man” (42:12). St. Jerome, in his book against Vigilantius, writes that a monk, knowing his own frailty, and how fragile is the vessel which he carries, will fear to slip or stumble, lest he fail and be broken. Hence, he will chiefly avoid gazing at women, and especially at young ones, lest he be caught by the eyes of a harlot, and lest beauty of form lead him on to unlawful embraces. 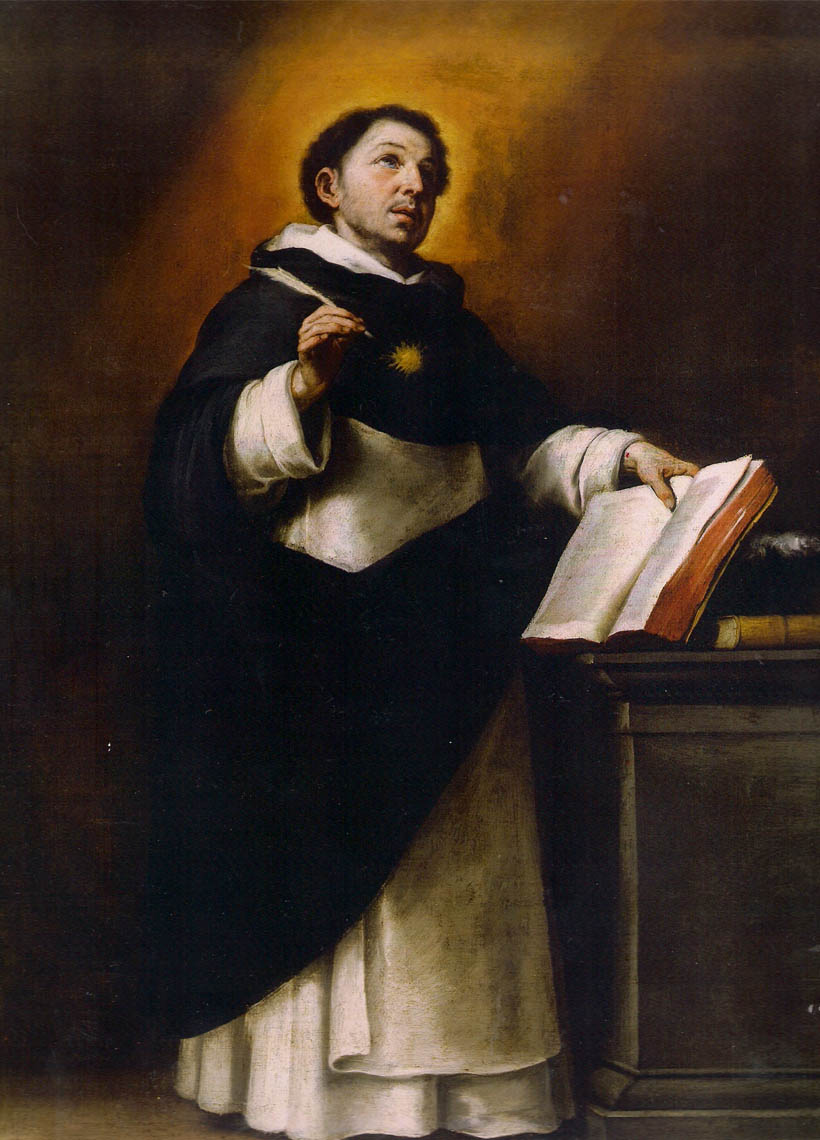 Abbot Moses, in his conferences to the fathers, says that, in order to preserve purity of heart, “we ought to seek solitude and to practice fasting, watching, and bodily labor: to wear scant clothing; and to attend to reading in order, by these means, to be able to keep our heart uncontaminated by passion, and to ascend to a high degree of charity.” It is for this reason that such exercises are practiced in the religious life. Perfection does not consist in them; but they are, so to speak, instruments whereby perfection is acquired. Abbot Moses, therefore, continues, “Fasting, vigils, hunger, meditation on the Scriptures, nakedness, and the privation of all possessions are not themselves perfection; but they are the instruments of perfection. The end of discipline does not lie in them; but, by their means we arrive at the end.”

But, perchance, someone may object, that it is possible to acquire perfection without fasting or vigils or the like, for we read that, “the Son of Man came eating and drinking” (Matt. 11:19), nor did His disciples fast, as did the Pharisees, and the followers of St. John. To this argument we find in the Gloss the following answer, “John drank no wine nor strong drink; for abstinence increases merit, though nature has no power to do so. But, wherefore should the Lord, to Whom it belongs to forgive sin, turn away from sinners who feast, when He is able to make them more righteous than they who fast?” The disciples and Christ had no need to fast; for the presence of the Bridegroom gave them more strength than the followers of John gained by fasting. Hence Our Lord says, “But the days will come when the Bridegroom shall be taken away from them, and then they shall fast” (Matt. 9:15). St. Chrysostom makes the following comment on these words, “fasting is not naturally grievous, save to those whose weakness is indisposed to it. They who desire to contemplate heavenly wisdom rejoice in fasting. Now, as when Our Lord spoke the words we have just quoted, the disciples were still weak in virtue, it was not the fitting season to bring sadness upon them. It was more meet to wait until they were strengthened in faith. They were dispensed from fasting, not by reason of their gluttony, but by a certain privilege.” St. Paul, however, writing to the Corinthians, expressly shows how fasting enables men to avoid sin, and to acquire perfection. He says, “Giving no offence to any man, that our ministry be not blamed; but in all things let us exhibit ourselves as the ministers of God, in much patience, in tribulation, in necessities, in distresses in, stripes, in prisons, in seditions, in labors, in watchings, in fastings, in chastity” (2 Cor. 5:3). 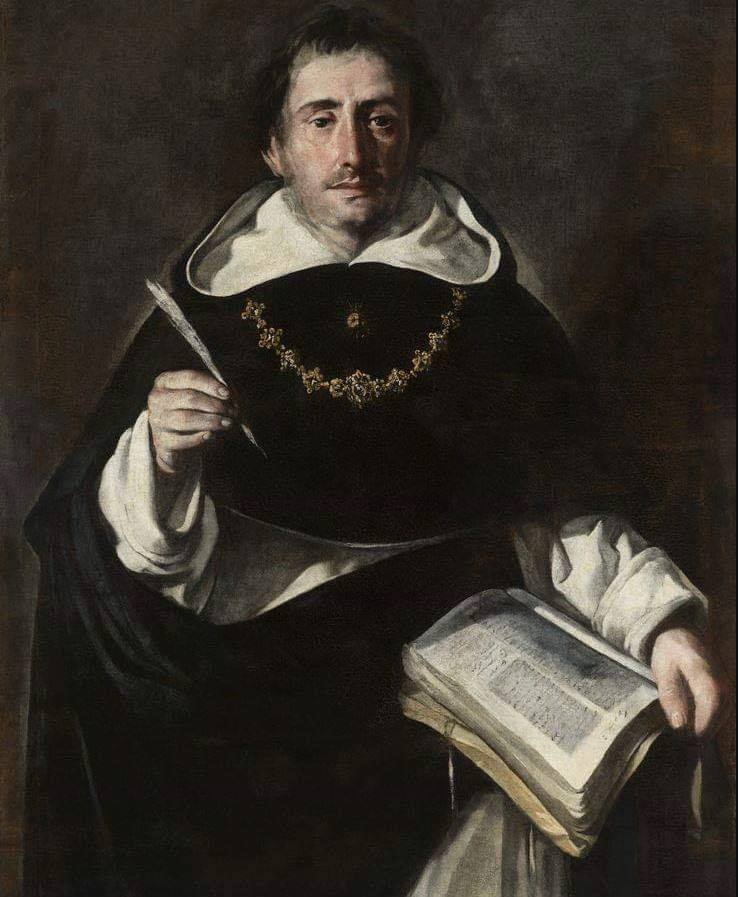