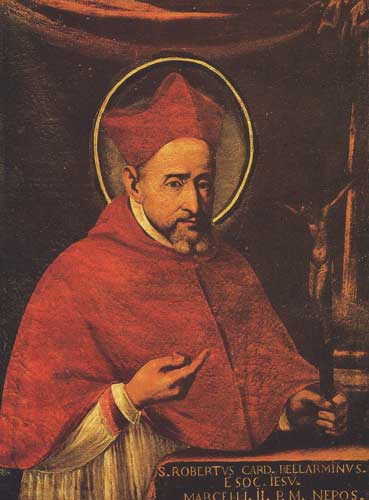 Chapter Seven: On the Greek Edition of the New Testament

And the first question indeed is not very necessary or very difficult. For it is clear that the Greek New Testament was written by those Apostles and Evangelists whose names are prefixed to the titles of the individual books or epistles, with the exception at most of the Gospels of Matthew and Mark and the epistle to the Hebrews, since that Matthew wrote his Gospel in Hebrew is testified to by Irenaeus bk.3 ch.1, by Athanasius in his Synopsis, by Jerome in the preface to his commentary on Matthew and on Hosea ch.2, and in his book on the Ecclesiastical Writers in Matthew, and all others.

Further Athanasius in the place cited thinks that the Gospel of Matthew was translated into Greek by the Apostle James, but others by the Apostle John, and others attribute the translation to Matthew himself. But whosever it is, the translation is so received by the Church as if the Gospel of Matthew was first written in that language. Wherefore we are not in much need of the Hebrew Gospel that Munster edited, nor of that either which recently John Tilius took care to edit, in which many things are lacking, many are superfluous, not a few also are seen to have been changed; and God knows whether it was not done to take faith from the Greek and Latin edition, namely by the craftiness of the Jews, at whose promptings he produced that Gospel.

Now that the book of Mark was written in Latin by Mark himself at Rome, and then was by the same turned into Greek at Aquileia, is taught by Adrianus Finus in Scourge of the Jews bk.6 ch.80 and bk.8 ch.62, and by Petrus Antonius Beuther who followed Finus in his notes 8 and 9 on Sacred Scripture. In the life also of St. Peter which holds first place in the Pontifical of Damasus, it is sufficiently openly indicated that Mark’s Gospel was initially written by him in Latin. The epistle to the Hebrews we have already discussed and shown that the epistle was written in Greek by Paul himself or was certainly translated from Hebrew to Greek by some Apostolic man. Therefore the whole Greek edition of the New Testament has the Apostles and Evangelists for authors.

Now as to what concerns authority there can be no doubt but that the Apostolic edition is of supreme authority unless it be clear it has been corrupted. On this matter I judge one should think as we said above about the Hebrew editions, namely that the Greek codices are not generally corrupted; however the sources are not so very pure that necessarily whatever differs from them should be corrected, as Calvin, Major, Chemnitz, and the rest of the heretics of this age falsely think.

Now that the Greek codices are not universally and altogether corrupted can easily be demonstrated; for although heretics have tried to pervert many things, yet there have never been lacking Catholics who have detected their corruptions and have not permitted the sacred books to be corrupted. Many things were taken away from the whole New Testament and changed by Marcion, as Tertullian testifies Against Marcion bk.5, but Epiphanius noted almost all of them Heresy 42, and in our Greek codices the words are read correctly. The Arians too took away from the Gospel of John ch.4 “the Spirit is God,” but Blessed Ambrose indicated and noted it On the Holy Spirit bk.3 ch.11, and all our Greek codices have this testimony.

But that they are not everywhere uncorrupted but that some errors have sometimes crept in, at least by negligence of the copyists, and that it is not always safe to correct the Latin by the Greek, will be made plain by some examples.

Certainly I Corinthians ch.15 should read, “the first man is from the earth earthly, the second man from the heaven heavenly,” as not only our Latin version has but also Calvin approves of Institutes ch.7 sect.21. But the Greeks constantly read, “the second man is the Lord from heaven.” This perversion has remained by the fault of the scribes from the corruptions of Marcion, as is plain from Tertullian On Marcion bk.5.

Further, I Corinthians ch.7 where we have, “he who is with a wife is solicitous for the things of the world, how he may please his wife, and is divided; a woman unmarried and a virgin thinks of the things that are of God,” but the Greek codices have it very differently, for the “he is divided” they join with the following words thus, “a wife is divided and a virgin.” This reading Blessed Jerome Against Jovinian bk.1 affirms is not of Apostolic truth. Romans ch.12 where we read, “serving the Lord,” the Greeks do not have “Lord” but “serving the time.” And yet that our reading is most true is plain from Jerome in epistle to Marcella, which begins “After the first letter,” where he says that in the emended Greek codices there is not read “time” but “Lord”, and it is plain too from Origen, Chrysostom, Theophylact, and other Greek Fathers who thus read and explained it in their commentaries.

Finally it is clear that in many Greek codices there are missing many parts of the true Scripture, as the story of the adulteress John ch.8. The last chapter of Mark, the very beautiful testimony to the Trinity, I John, and others that we discussed above. It is also clear that certain things are found in all the Greek codices that are not parts of divine Scripture, as in Matthew ch.6 is added to the Lord’s prayer, “for thine is the kingdom and the power and the glory for ever.” That these words are not in the text but were added by the Greeks can be understood from two things.

Robert Bellarmine’s: Controversies of the Christian Faith – Volume 1: On the Word of God — HOME