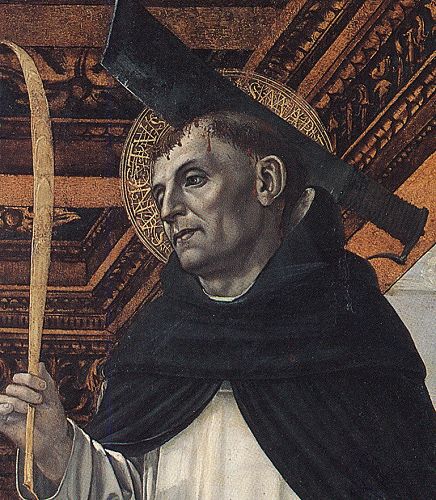 Also called Peter of Verona, an inquisitor and martyr. Peter was born at Verona, Italy, in 1205. Both of his parents were Catharists, a heresy that denied God created the material world. Even so, Peter was educated at a Catholic school and later at the University of Bologna. While in Bologna, Peter was accepted into […]

END_OF_DOCUMENT_TOKEN_TO_BE_REPLACED
Newsletter
Donate via PayPal
Donate via Patreon
Support Me on Patron!
15% off TAN Books with code SF15