“At that time, Herod sent and apprehended John, and bound him in prison for the sake of Herodias, the wife of Philip his brother, because he had married her. For John said to Herod, It is not lawful for thee to have thy brother’s wife. How Herodias laid snares for him, and was desirous to put him to death, and could not. For Herod feared John, knowing him to be a just and holy man, and kept him, and when he heard him did many things; and he heard him willingly. And when a convenient day was come, Herod made a supper for his birthday, for the princes, and tribunes, and chief men of Galilee. And when the daughter of the same Herodias had come in, and had danced, and pleased Herod, and them that were at table with him, the king said to the damsel, Ask of me what thou wilt, and I will give it thee. And he swore to her, Whatsoever thou shalt ask, I will give thee; though it be the half of my kingdom. Who, when she was gone out, said to her mother, What shall I ask? But she said, the head of John the Baptist. And when she was come in immediately with haste to the king, she asked, saying, I will that forthwith thou give me in a dish the head of John the Baptist. And the king was struck sad; yet because of his oath, and because of them that were with him at table, he would not displease her; but sending an executioner he commanded that his head should be brought in a dish. And he beheaded him in the prison, and brought his head in a dish, and gave it to the damsel, and the damsel gave it to her mother. Which his disciples hearing, came, and took his body, and laid it in a tomb.” 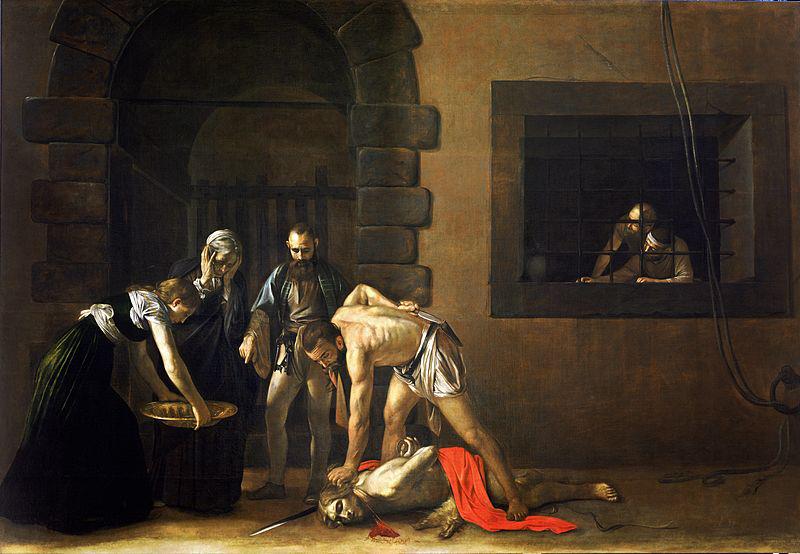 Thus died the greatest of them that are born of women: without witnesses, the prisoner of a petty tyrant, the victim of the vilest of passions, the wages of a dancing girl! Rather than keep silence in the presence of crime, although there were no hope of converting the sinner, or give up his liberty, even when in chains: the herald of the Word made flesh was ready to die. How beautiful, as St. John Chrysostom remarks, is this liberty of speech, when it is truly the liberty of God’s Word, when it is an echo of heaven’s language! Then, indeed, it is a stumbling-block to tyranny, the safeguard of the world, and of God’s rights, the bulwark of a nation’s honor as well as of its temporal and eternal interests. Death has no power over it. To the weak murderer of John the Baptist, and to all who would imitate him to the end of time, a thousand tongues, instead of one, repeat in all languages and in all places: It is not lawful for thee to have thy brother’s wife.

“O great and admirable mystery!” cries out St. Augustine. “He must increase, but I must decrease, said John, said the Voice which personified all the voices that had gone before announcing the Father’s Word Incarnate in his Christ. Every word, in that it signifies something, in that it is an idea, an internal word, is independent of the number of syllables, of the various letters and sounds; it remains unchangeable in the heart that conceives it, however numerous may be the words that give it outward existence, the voices that utter it, the languages, Greek, Latin and the rest, into which it may be translated. To him who knows the word, expressions and voices are useless. The Prophets were voices, the Apostles were voices; voices are in the Psalms, voices in the Gospel. But let the Word come, the Word who was in the beginning, the Word who was with God, the Word who was God; when we shall see him as he is, shall we hear the Gospel repeated? Shall we listen to the Prophets? Shall we read the Epistles of the Apostles? The Voice fails where the Word increases … Not that in himself the Word can either diminish or increase. But he is said to grow in us, when we grow in him. To him, then, who draws near to Christ, to him who makes progress in the contemplation of Wisdom, words are of little use; of necessity they tend to fail altogether. Thus the ministry of the voice falls short in proportion as the soul progresses towards the Word; it is thus that Christ must increase and John decrease. The same is indicated by the decollation of John, and the exaltation of Christ upon the cross; as it had already been shown by their birthdays: for from the birth of John the days begin to shorten, and from the birth of our Lord they begin to grow longer.” 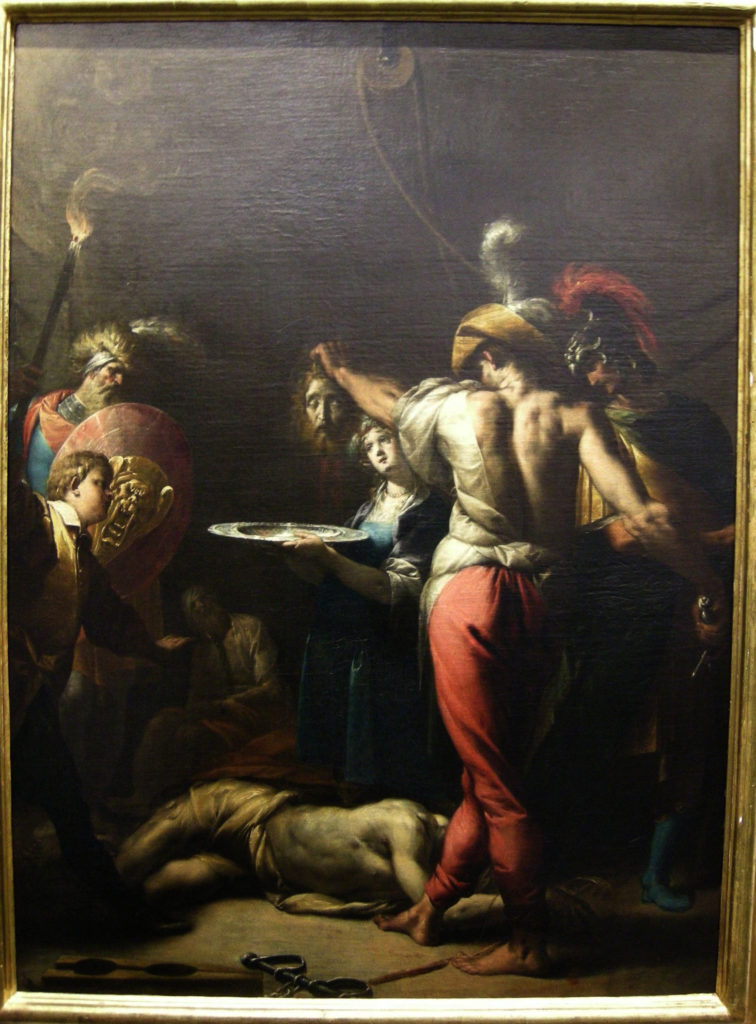 The holy Doctor here gives a useful lesson to those who guide souls along the path of perfection. If, from the very beginning, they must respectfully observe the movements of grace in each of them, in order to second the Holy Ghost, and not to supplant him; so also, in proportion as these souls advance, the directors must be careful not to impede the Word by the abundance of their own speech. Moreover, they must discreetly respect the ever-growing powerlessness of those souls to express what our Lord is working in them. Happy to have led the bride to the Bridegroom, let them learn to say with John: He must increase, but I must decrease.

The sacred Cycle itself seems to convey to us too a similar lesson; for during the following days, we shall see its teaching as it were tempered down, by the fewness of the feasts, and the disappearance of great solemnities until November. The school of the holy Liturgy aims at adapting the soul, more surely and more fully than could any other school, to the interior teaching of the Spouse. Like John, the Church would be glad to let Gold alone speak always, if that were possible here below; at least, towards the end of the way, she loves to moderate her voice, and sometimes even to keep silence, in order to give her children an opportunity of showing that they know how to listen inwardly to him who is both her and their sole love. Let those who interpret her thought, first understand it well. The friend of the Bridegroom who, until the Nuptial-day, walked before him, now stands and listens; and the voice of the Bridegroom, which silences his own, fills him with immense joy: This my joy therefore is fulfilled, said the Precursor.

Thus the feast of the Decollation of St. John may be considered as one of the landmarks of the Liturgical Year. With the Greeks it is a holy day of obligation. Its great antiquity in the Latin Church is evidenced by the mention made of it in the Martyrology called St. Jerome’s, and by the place it occupies in the Gelasian and Gregorian Sacramentaries. The Precursor’s blessed death took place about the feast of the Pasch; but, that it might be more freely celebrated, this day was chosen, whereon his sacred head was discovered at Emesa. 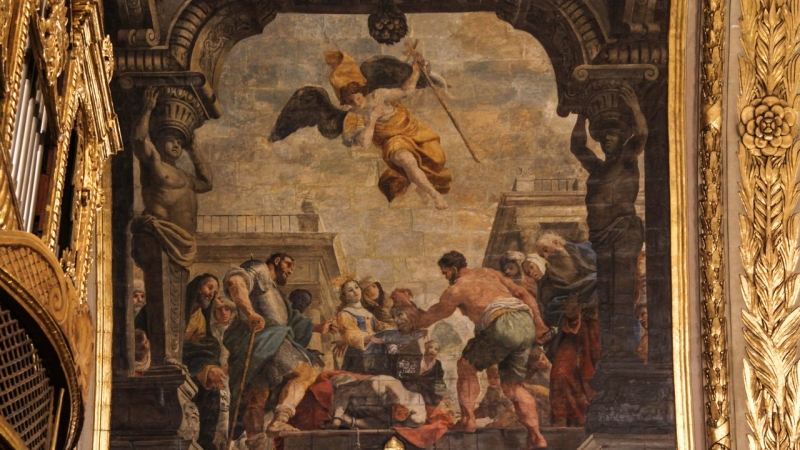 The vengeance of God fell heavily upon Herod Antipas. Josephus relates how he was overcome by the Arabian Aretas, whose daughter he had repudiated in order to follow his wicked passions; and the Jews attributed the defeat to the murder of St. John. He was deposed by Rome from his tetrarchate, and banished to Lyons in Gaul, where the ambitious Herodias shared his disgrace. As to her dancing daughter Salome, there is a tradition gathered from ancient authors that, having gone out one winter day to dance upon a frozen river, she fell through into the water; the ice, immediately closing round her neck, cut off her head, which bounded upon the surface, thus continuing for some moments the dance of death.

From Macherontis, beyond the Jordan, where their master had suffered martyrdom, John’s disciples carried his body to Sebaste (Samaria), out of the territory of Antipas; it was necessary to save it from the profanations of Herodias, who had not spared his august head. The wretched woman did not think her vengeance complete till she had pierced with a hairpin the tongue that had not feared to utter her shame; and that face, which for seven centuries the church of Amiens has offered to the veneration of the world, still bears traces of the violence inflicted by her in her malicious triumph. In the reign of Julian the Apostate, the pagans wished to complete the work of this unworthy descendant (by her grandmother, Mariamne, granddaughter of Hyrcanus) of the Machabees by opening the Saint’s tomb at Sebaste, in order to burn and scatter his remains. But the empty sepulcher continued to be a terror to the demons, as St. Paula attested with deep emotion a few years later. Moreover, some of the precious relics were saved and dispersed throughout the East. Later on, especially at the time of the Crusades, they were brought into the West, where many churches glory in possessing them. 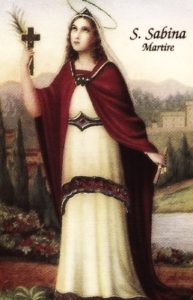 Let us return to the Precursor, and make our own the following formulæ found in the Gregorian Sacramentary for the feast of the Decollation. 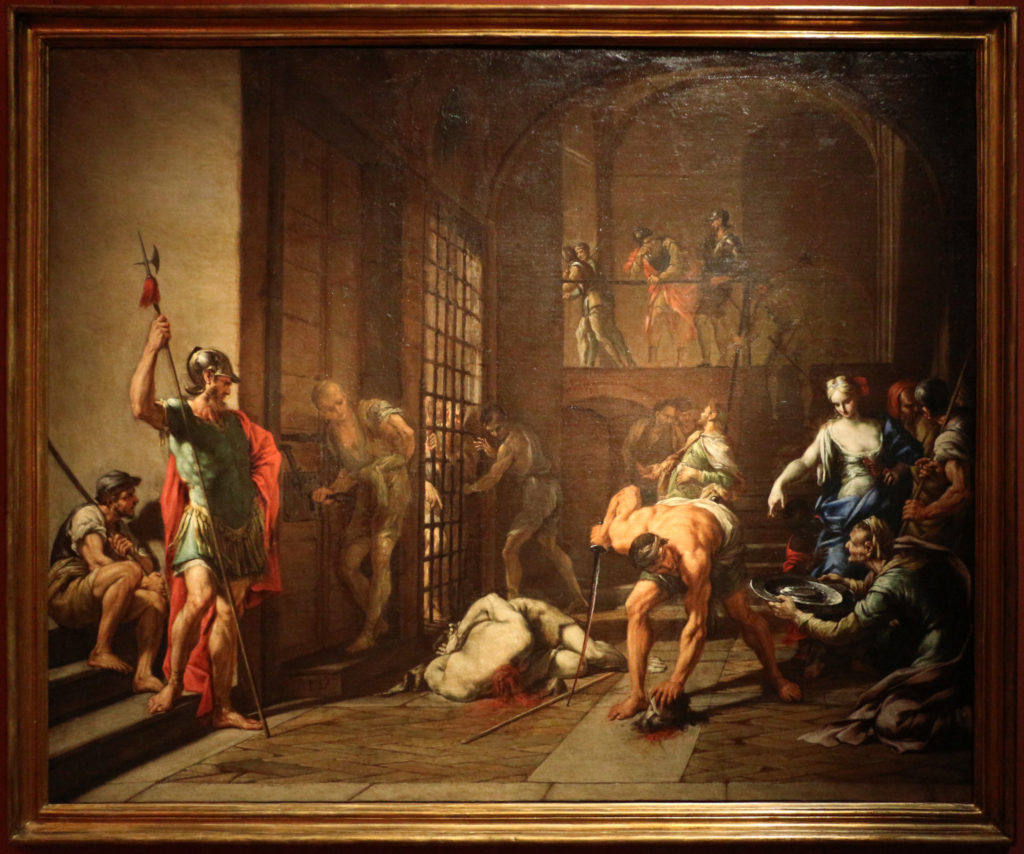 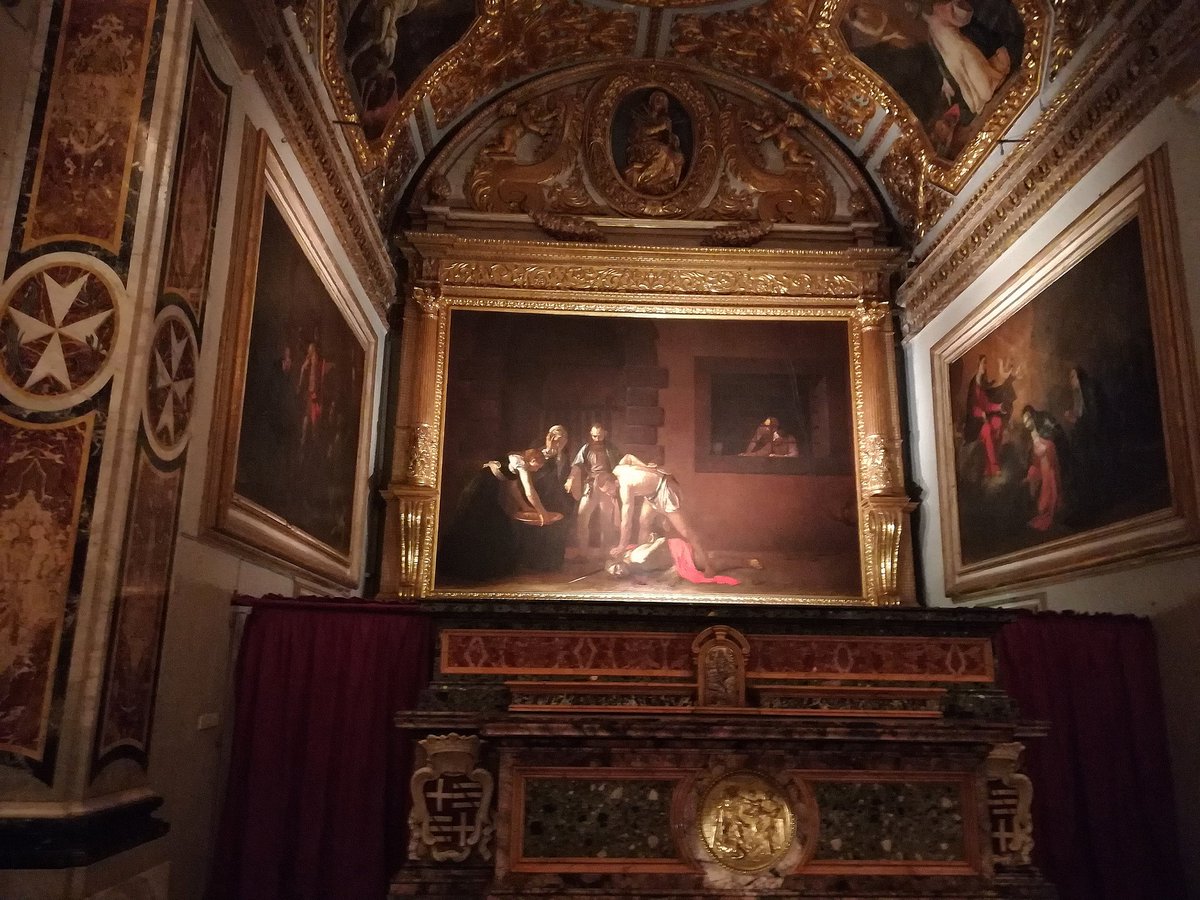