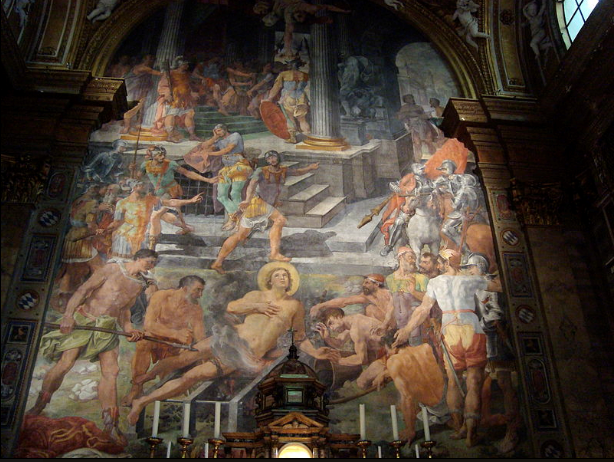 “Fear not, my servant, for I am with thee, saith the Lord. If thou pass through fire, the flame shall not hurt thee, and the odor of fire shall not be in thee. I will deliver thee out of the hand of the wicked, and I will redeem thee out of the hand of the mighty.” It was the hour of combat; and Wisdom, more powerful than flame, was calling upon Laurence to win the laurels of victory presaged by his very name. The three days since the death of Sixtus had passed at length, and the deacon’s exile was about to close: he was soon to stand beside his Pontiff at the altar in heaven, and never more to be separated from him. But before going to perform his office as deacon in the eternal sacrifice, he must on this earth, where the seeds of eternity are sown, give proof of the brave faithfulness which becomes a Levite of the Law of Love. Laurence was ready. He had said to Sixtus: “Try the fidelity of the minister to whom thou didst intrust the dispensation of the Blood of our Lord.” He had now, according to the Pontiff’s wish, distributed to the poor the treasures of the Church; as the chants of the Liturgy tell us on this very morning. But he knew that if a man should give all the substance of his house for love, he shall despise it as nothing; and he longed to give himself as well. Overflowing with joy in his generosity he hailed the holocaust, whose sweet perfume he seemed already to perceive rising up to heaven. And well might he have sung the offertory on this Vigil’s Mass: “My prayer is pure, and therefore I ask that a place be given to my voice in heaven: for my judge is there, and he that knoweth my conscience is on high: let my prayer ascend to the Lord.” 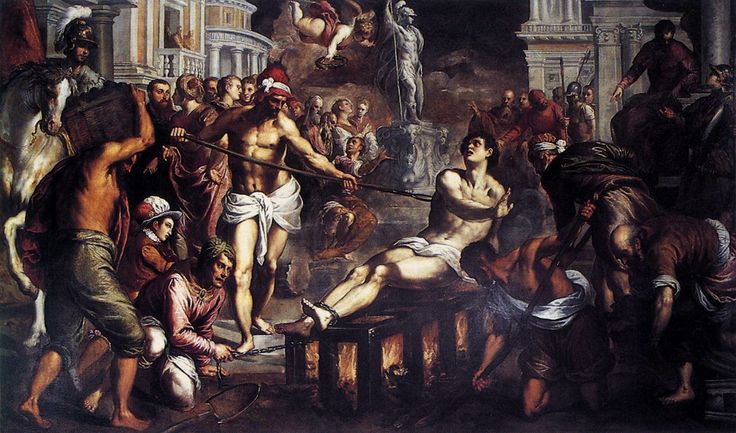 Sublime prayer of the just man which pierces the clouds! Even now we can say with the Church: His seed shall be mighty upon earth, the seed of new Christians sprung from the blood of martyrdom; for today we greet the first fruits thereof in the person of Romanus, the neophyte whom his first torments won to Christ, and who preceded him to heaven. Let us, with the Church, unite the soldier and the deacon in our prayers: 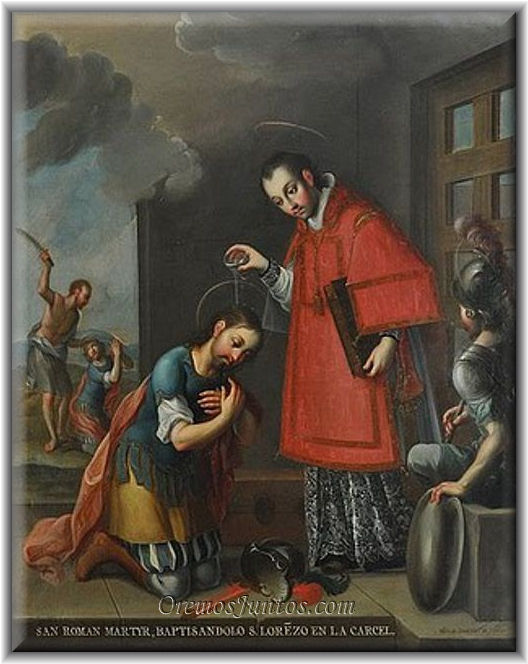