SECOND SUNDAY AFTER THE EPIPHANY

The third Mystery of the Epiphany shows us the completion of the merciful designs of God upon the world, at the same time that it manifests to us, for the third time, the glory of our Lord and Savior Jesus Christ. The Star has led the soul to faith; the sanctified Waters of the Jordan have conferred purity upon her; the Marriage Feast unites her to her God. We have been considering, during this Octave, the Bridegroom revealing himself to the Spouse; we have heard him calling her to come to him from the heights of Libanus; and now, after having enlightened and purified her, he invites her to the heavenly feast, where she is to receive the Wine of his divine love.

A Feast is prepared; it is a Marriage Feast; and the Mother of Jesus is present at it, for it is just that having cooperated in the mystery of the Incarnation of the Word, she should take part in all that her Son does, and in all the favors he bestows on his elect. But in the midst of the Feast, the Wine fails. Wine is the symbol of Charity or Love, and Charity had failed on the earth; for the Gentiles had never tasted its sweetness; and as to the Synagogue, what had it produced but wild grapes? The True Vine is our Jesus, and he calls himself by that name. He alone could give that Wine which gladdeneth the heart of man; He alone could give us that Chalice which inebriateth, and of which the Royal Psalmist prophesied. 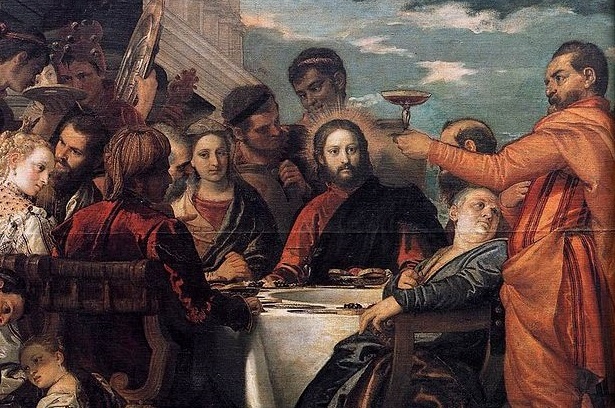 Mary said to Jesus: They have no Wine. It is the office of the Mother of God to tell him of the wants of men, for she is also their Mother. But Jesus answers her in words which are apparently harsh: Woman! what is it to me and to thee? My hour is not yet come. The meaning of these words is that, in this great Mystery, he was about to act not as the Son of Mary, but as the Son of God. Later on, the hour will come when, dying upon the Cross, he will do it as Man, that is, according to that human nature which he has received from her. Mary at once understands the words of her Son, and she says to the waiters of the Feast what she is now ever saying to her children: Do whatsoever he shall say to you.

Now, there were six large waterpots of stone there, and they were empty. The world was then in its Sixth Age, as St. Augustine and other Holy Doctors tell us. During these six ages, the earth had been awaiting its Savior, who was to instruct and redeem it. Jesus commands these waterpots to be filled with water; and yet, water does not suit the Feast of the Spouse. The figures and the prophecies of the ancient world were this water, and until the opening of the Seventh Age, when Christ, who is the Vine, was to be given to the world, no man had contracted an alliance with the Divine Word.

But when the Emmanuel came, he had but to say, Now draw out, and the waterpots were seen to be filled with the wine of the New Covenant, the Wine which had been kept to the end. When he assumed our human nature—a nature weak and unstable as Water—he effected a change in it; he raised it up even to himself, by making us partakers of the divine nature; he gave us the power to love him, to be united to him, to form that one Body of which he is the Head, that Church of which he is the Spouse, and which he loved from all eternity, and with such tender love, that he came down from heaven to celebrate his nuptials with her.

St. Matthew, the Evangelist of the Humanity of our Lord, has received from the Holy Ghost the commission to announce to us the Mystery of Faith by the Star; St. Luke, the Evangelist of Jesus’ Priesthood, has been selected, by the same Holy Spirit, to instruct us in the Mystery of the Baptism in the Jordan; but the Mystery of the Marriage Feast was to be revealed to us by the Evangelist John, the Beloved Disciple. He suggests to the Church the object of this third Mystery by this expression: This beginning of miracles did Jesus in Cana of Glailee, and he manifested his glory. At Bethlehem, the Gold of the Magi expressed the Divinity of the Babe; at the Jordan, the descent of the Holy Ghost and the voice of the Eternal Father proclaimed Jesus (known to the people as a carpenter of Nazareth) to be the Son of God; at Cana, it is Jesus himself that acts, and he acts as God, for, says St. Augustine, He who changed the water into wine in the waterpots could be no other than the same who, every year, works the same miracle in the vine. Hence it was that, from that day, as St. John tells us, his disciples believed in him, and the Apostolic College began to be formed. 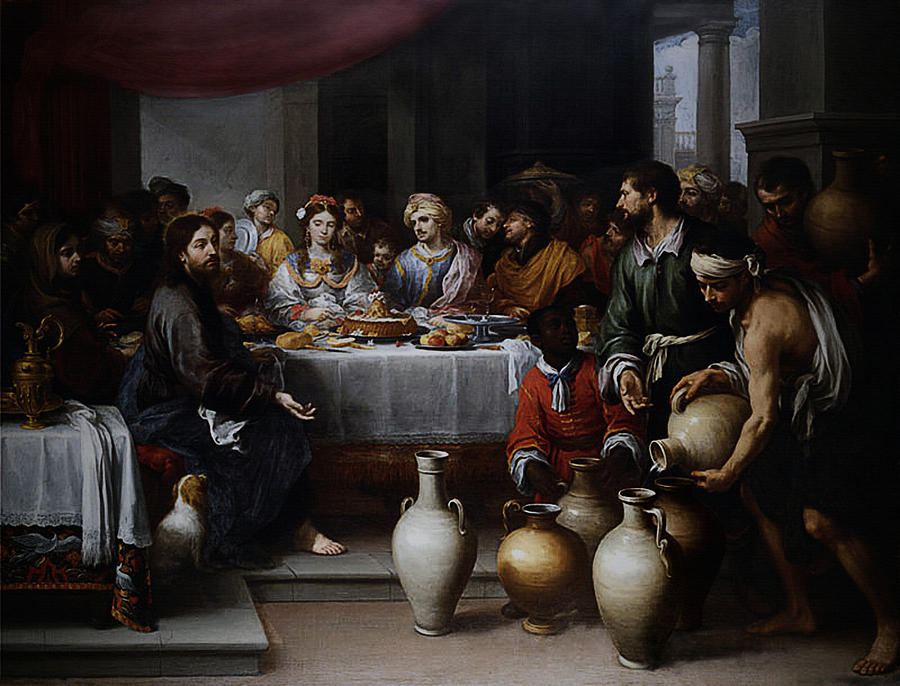 Mass.—The Introit proclaims the joy of this day, which shows us the human nature espoused to the Son of the eternal Father. Surely the earth will henceforth surrender itself wholly to the love and praise of this sacred Name which, in the Marriage Feast, has become that of the Son of Adam.

This name of Sons of God which has become ours by right through the bond of the sacred nuptials is none other, as Jesus himself tells us in his Beatitudes, than Peace—the Peace of God, ours truly through the action of his grace ever working it out within us. In the Collect Peace again figures as the final end of God’s government both in heaven and on earth, likewise as the supreme desire of the Church. 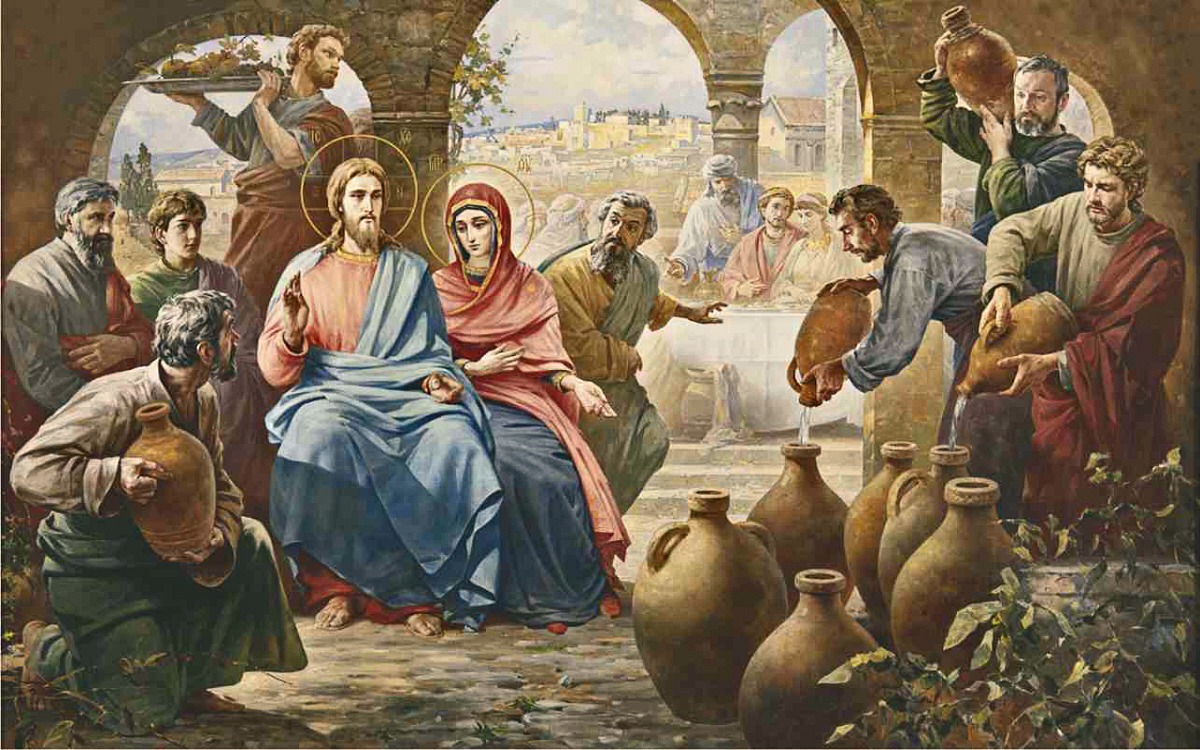 Commemoration is made, by their proper Collects, of the Saint whose feast may occur with this Sunday; the third prayer will be that of the Blessed Virgin. 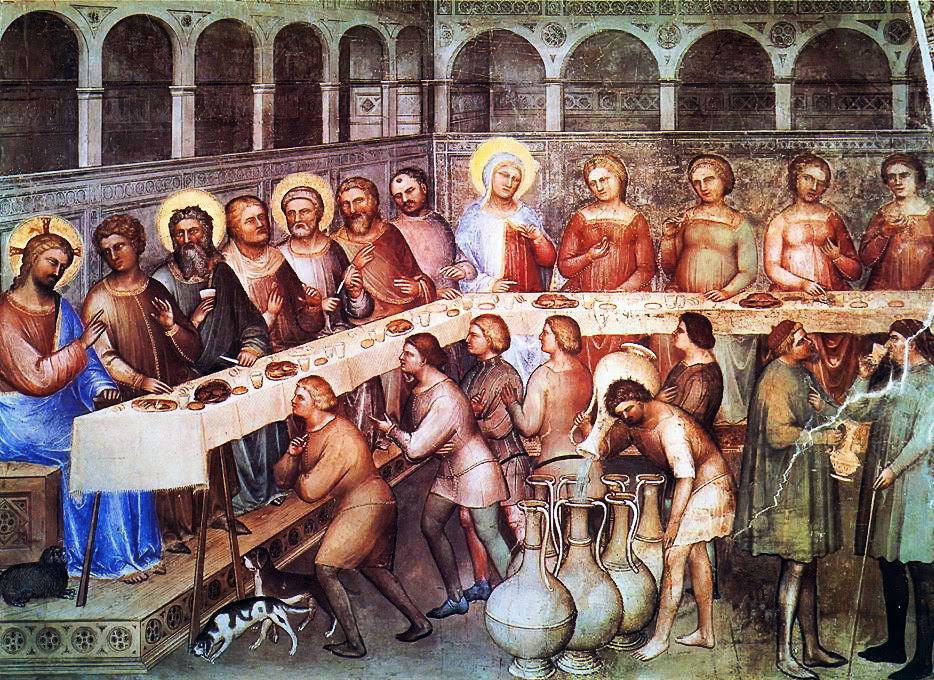 This peace which characterizes, in the abode of saints, the Sons of God, effects in like measure on earth the oneness of the Bride, that is of the Church: peace it is that makes her to be but one body wherein the many members find their multiplicity upheld and guided by the head, the one lord; their functions, so diverse in themselves, regulated and brought under the rule and love of the Bridegroom, Christ Jesus. The Epistle which has just been read sets before us the different operations of this peace which has as its ruling motive Charity, the Queen of virtues, and which is so essential to Christianity; the Apostle specifies in detail its forms and conditions and adapts its practice to every social condition and circumstances of life. Of such value does the Church judge these considerations, that, on the following Sunday, she resumes the text of the Apostle where today she has interrupted it.

Far from a divine life in the peace of God which was its precious gift, the human race incurred death with its penalty of separation. Let us then in the Gradual sing of this wonder that has been wrought in our midst, and with the angelic choirs exalt the Lord in praise and admiration. 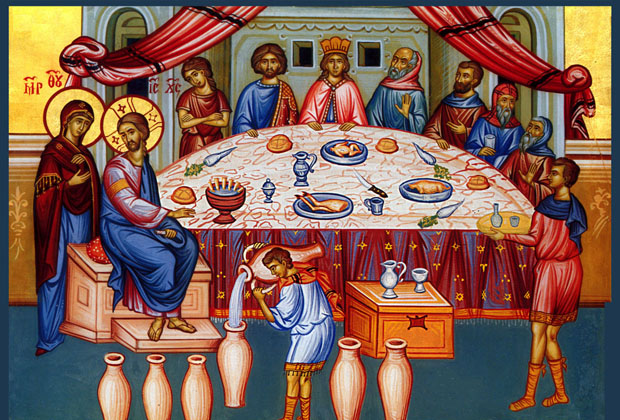 O the wonderful dignity of man! God has vouchsafed, says the Apostle, to show the riches of his glory on the vessels of mercy, which had no claim to, nay, were unworthy of such an honor. Jesus bids the waiters fill them with water and the water of Baptism purifies us; but, not satisfied with this, he fills these vessels, even to the brim, not to be drunk save in the kingdom of his Father. Thus, divine Charity, which dwells in the Sacrament of Love, is communicated to us; and that we might not be unworthy of the espousals with himself, to which he called us, he raises us up even to himself. Let us, therefore, prepare our souls for this wonderful union, and, according to the advice of the Apostle, let us labor to present them to our Jesus with such purity as to resemble that chaste Virgin, who was presented to the spotless Lamb.

During the Offertory, the Church resumes her songs of joy and give free course to her holy transports. All faithful souls are invited by her to the celebration of this adorable Mystery, the intimate union of man with God.

After the Secret of the Saint who is being commemorated today, that of the Blessed Virgin is said.

The Communion Antiphon recalls once more the miracle of the changing of the water into wine. This was only a dim figure of that wondrous transformation which is accomplished on our altars, only a symbol of that divine Sacrament, the food of our souls whereby, in an unspeakable way, is realized our union with God. 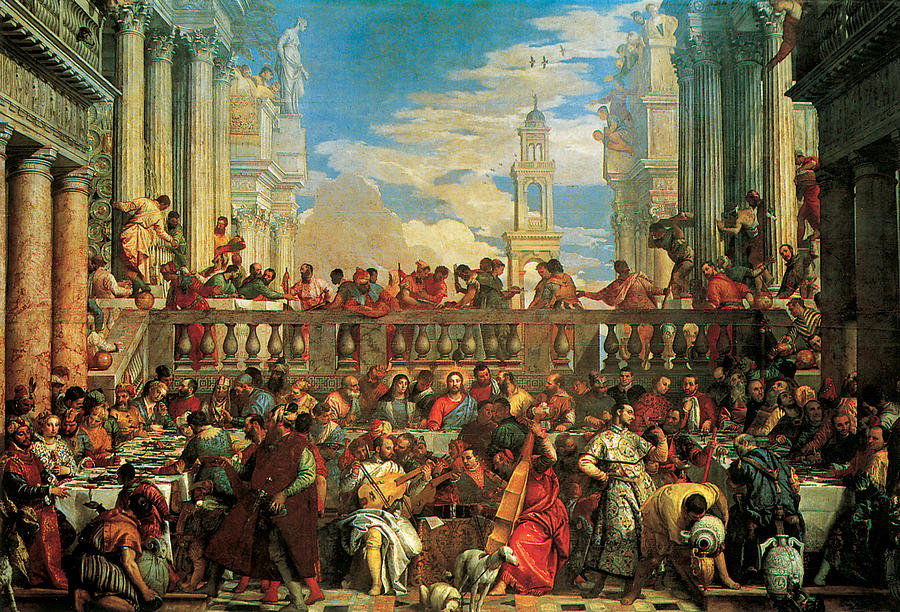