THE FIFTH SUNDAY AFTER THE EPIPHANY 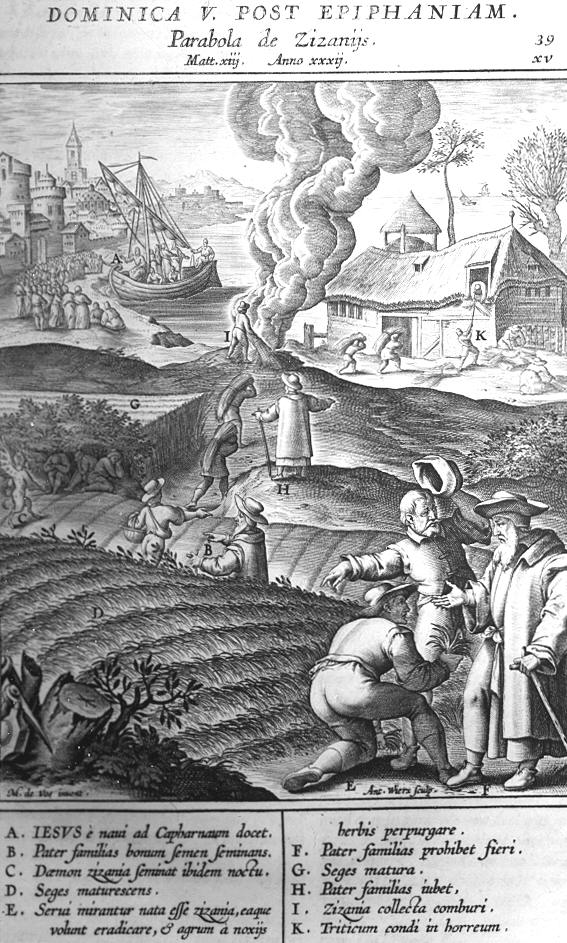 Some of the Sundays after the Epiphany have to be omitted when Easter comes early in the year. But when that great solemnity comes late, the Sundays before Septuagesima may be as many as six.

During this brief period, the Church no longer dwells on the mysteries of our Lord’s infancy. She listens to His teachings and admires His miracles, but she selects no special circumstances of His life. The color of the vestments she uses on these Sundays is green; we have elsewhere explained its symbolism. Frequently a saint’s feast of a double rite falls on these same days; the Sunday’s Office is then omitted, and a mere commemoration is made of it.

A third Collect is added, at the choice of the Priest.

The Christian, - trained as he has been in the school of the Man-God, who deigned to dwell upon this earth, - should ever show mercy towards his fellow-men. This world, which has been purified by the presence of the Incarnate Word, would become an abode of Peace, if we were but to live in such manner as to merit the titles, given us by the Apostle, of elect of God, holy, and beloved. The Peace here spoken of should, first of all, fill the heart of every Christian, and give it an uninterrupted joy, which would be ever pouring itself forth in singing the praises of God. But it is mainly on the Sundays, that the Faithful, by taking part with the Church in her psalms, hymns, and spiritual canticles, fulfil this duty so dear to their hearts. Let us, moreover, in our every day life, practise the advice given us by the Apostle, - of doing all things in the name of our Lord Jesus Christ, in order that we may, in all things, find favour with our Heavenly Father.

The Kingdom of Heaven, here spoken of by our Lord, is the Church Militant,- the society of them that believe in him. And yet, the field he has tilled with so much care is oversowed with cockle; heresies have crept in, scandals have abounded; are we, on that account, to have misgivings about the foresight of the Master, who knows all things, and without whose permission nothing happens? Far from us be such a thought! He himself tells us that these things must needs be. Man has been gifted with free-will; it is for him to choose between good and evil; but, God will turn all to his own greater glory. Heresies, then, like weeds in a field, may spring up in the Church; but the day must come when they will be uprooted; some of them will wither on the parent-stems, but the whole cockle shall be gathered into bundles to burn. Where are now the heresies that sprang up in the first ages of the Church? And in another hundred years, what will have become of the heresy, which, under the pretentious name of The Reformation, has caused incalculable evil? It is the same with the scandals which rise up within the pale of the Church; - they are a hard trial; but trials must come. The Divine Husbandman wills not that this cockle be torn up, lest the wheat should suffer injury. First of all, the mixture of good and bad is an advantage; it teaches the good not to put their hopes in man, but in God. Then too, the mercy of our Lord is so great, that at times the very cockle is converted, by Divine grace, into wheat. We must, therefore, have patience. But, whereas it is when the men are asleep that the enemy oversows the field with cockle, it behoves us to pray for Pastors, and ask their Divine Master to bless them with that Vigilance, which is the primary condition of the flock being safe, and is so essential a quality in every Bishop, that his very name is, - one who watches.

A third Secret, at the choice of the Priest, is added.

The third Postcommunion is at the choice of the Priest.

The Psalms, and Antiphons, as above: Vespers for Sundays and feasts in Septuagesima.

The Hymn and Versicle, as above: Vespers for Sundays and feasts in Septuagesima.