January 12 – Seventh Day within the Octave of the Epiphany 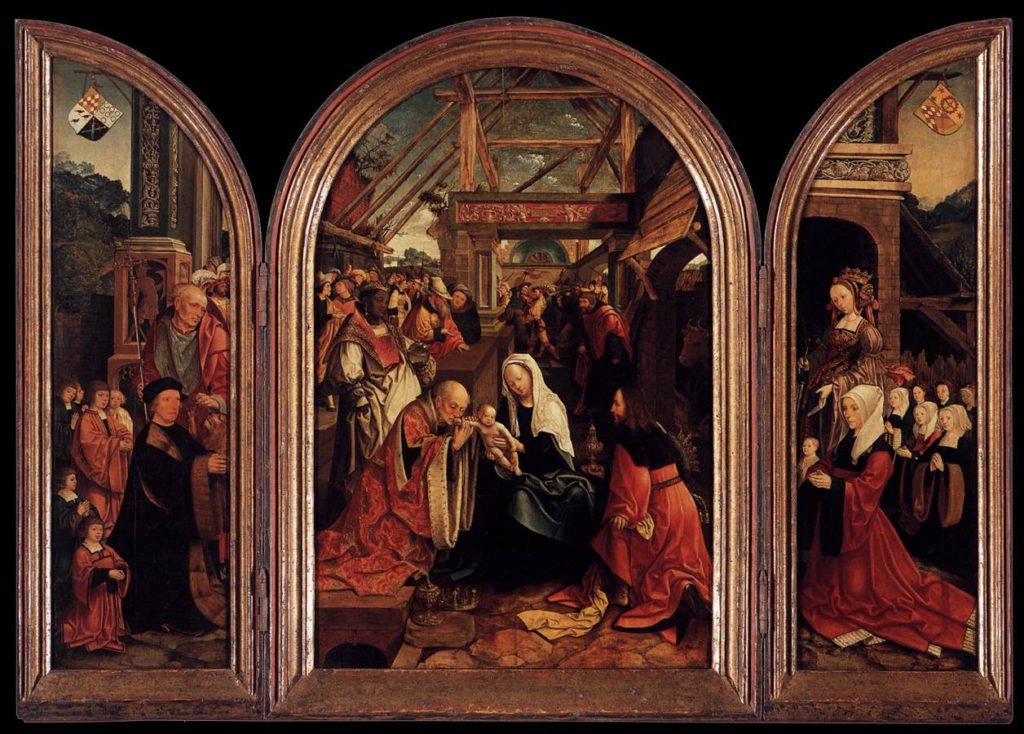 Having laid their offerings at the feet of Jesus as a sign of the alliance they had, in the name of all mankind, contracted with him, and laden with his graces and blessings, the Magi take their leave of the Divine Babe; for such was his will. They take their departure from Bethlehem, and the rest of the world seems a wilderness to them. Oh! if they might be permitted to fix their abode near the newborn King and his incomparable Mother!—but no; God’s plan for the salvation of the world requires that everything savoring of human pomp and glory should be far from Him who had come to take upon himself all our miseries.

Besides, they are to be the first messengers of the Gospel; they must go and tell to the Gentiles that the Mystery of Salvation has begun, that the earth is in possession of its Savior, and that their salvation is nigh at hand. The star does not return to them; they needed it to find Jesus; but now, they have him in their hearts, and will never lose him. These three men are sent back into the midst of the Gentile world as the leaven of the Gospel which, notwithstanding its being so little, is to leaven to whole paste. (Matthew 13:33) For their sakes, God will bless the nations of the earth; from this day forward, infidelity will lose ground, and faith will progress; and when the Blood of the Lamb having been shed, Baptism shall be promulgated, the Magi shall be not merely men of desire, but perfect Christians, initiated into all the Mysteries of the Church.

The ancient tradition, which is quoted by the author of The Imperfect Work on St. Matthew, which is put in all the editions of St. John Chrysostom, and was probably written about the close of the 6th century—tells us that the three Magi were baptized by St. Thomas the Apostle, and devoted themselves to the preaching of the Gospel. But we scarcely need a tradition on such a point as this. The vocation of these three Princes could never be limited to the mere privilege of being the first among the Gentiles to visit the eternal King, who had come down from heaven to be born on this earth and show himself to his creatures; a second vocation was the consequence of the first, the vocation of preaching Jesus to men.

There are many details relating to the life and actions of the Magi after they had become Christians, which have been handed down to us; but we refrain from mentioning them as not being sufficiently ancient or important traditions to have induced the Church to give them place in her Liturgy. We would make the same observation with regard to the names assigned to them of Melchior, Gaspar, and Balthsassar; the custom of thus naming them is too modern to deserve credit; and though it might be indiscreet to deny that these were their true names, it seems very difficult to give proofs of their correctness.

The Relics of these holy Kings were translated from Persia to Constantinople, under the first Christian Emperors, and for a long time were kept in the Church of Saint Sophia. At a later period, they were translated to Milan, when Eustorgius was Bishop of that City. There they remained till the 12th century, when through the influence of the Emperor Frederic Barbarossa, they were translated to the Cathedral Church of Cologne by Reynold, Archbishop of that metropolitan See. The Relics are in a magnificent Shrine, perhaps the finest specimen now extant of medieval metallic art, and the superb Cathedral where it is religiously kept is, by its size and architectural beauty, one of the grandest Churches of the Christian world.

Thus have we followed you, O Blessed Magi! Fathers of the Gentile world! from your first setting out from the East for Bethlehem, to your return to your own country, and even to your sacred resting place, which the goodness of God has made to be in this cold West of ours. It was the love of children for their parents that made us thus cling to you. Besides, were we not ourselves in search of that dear King whom you so longed for and found? Blessed be those ardent desires of yours, blessed be your obedience to the guidance of the Star, blessed be your devotion at the Crib of Jesus, blessed be the gifts you made him, which while they were acceptable to God, were full of instruction to us! We revere you as Prophets, for you foretold the characters of the Messias by the selection of your three gifts. We honor you as Apostles, for you preached, even to Jerusalem herself, the Birth of the humble Jesus of Bethlehem, of that Jesus whom his disciples preached not till after the triumph of his Resurrection. We hail you as the Spring Flowers of the Gentile world, but Flowers which produced abundant and rich fruits, for you brought over entire nations and countless people to the service of our divine King. Watch over us, and protect the Church. Be mindful of those Eastern countries whence rises to the earth the light of day, the beautiful image of your own journey towards Bethlehem. Bless this Western world of ours, which was buried in darkness when you first saw the Star, and is now the favored portion of God’s earth, and on which the Divine Son of Justice pours forth his brightest and warmest rays. Faith has grown weak among us; re-enkindle it. Obtain of the divine mercy that the West may ever send forth her messengers of salvation to the south and north and even to that infidel East, where are laid the tents of Sem, and where the light that you gave her has been long extinguished by her apostasy. Pray for the Church of Cologne, that illustrious sister of our holiest Churches in the West; may she preserve the faith, may she defend her sacred rights and liberty; may she be that bulwark of Catholic Germany, and be ever blessed by the protection of her Three Kings, and the patronage of the glorious Ursula and her virginal army. Lastly, we beseech you, O venerable Magi! to introduce us to the Infant Jesus and his Blessed Mother; and grant us to go through these forty days which the Church consecrates to the Mystery of Christmas, with hearts burning with love for the Divine Child, and may that same love abide with us during the pilgrimage of our life on this earth. 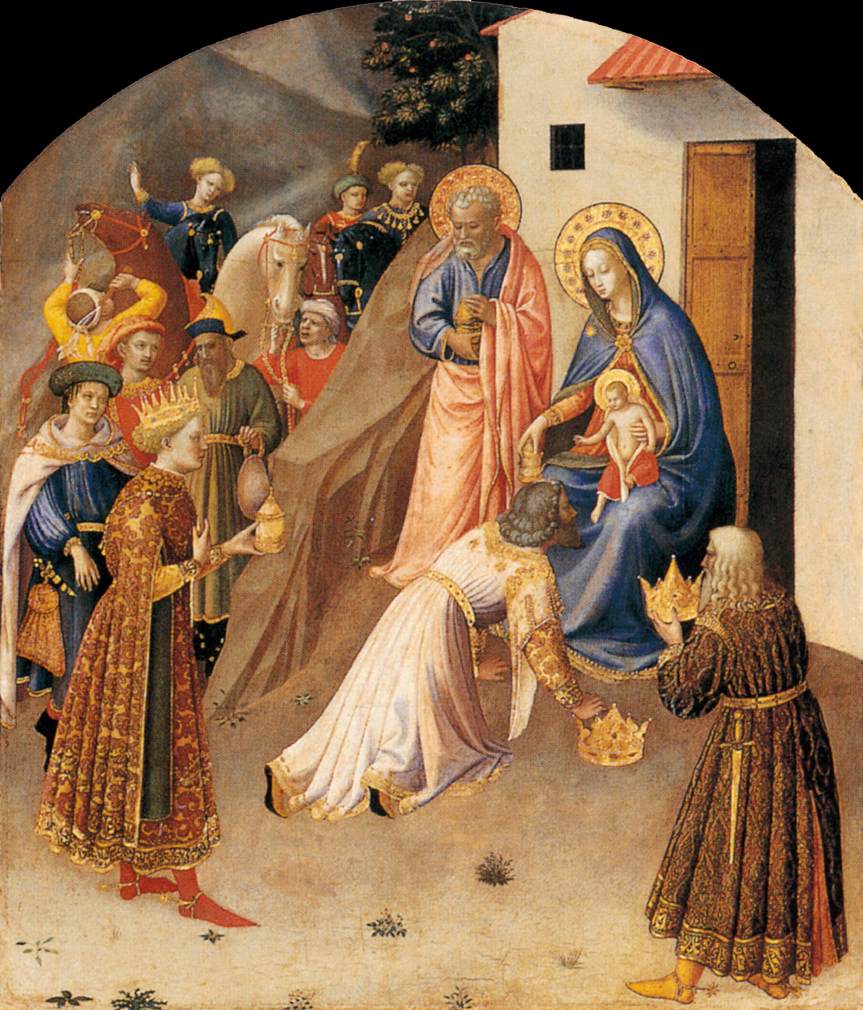 Today, also, we will make use of the formulas employed by the several ancient Churches in honour of the Mystery of the Epiphany. Our first selection is a hymn written by the great Fulbert of Chartres. 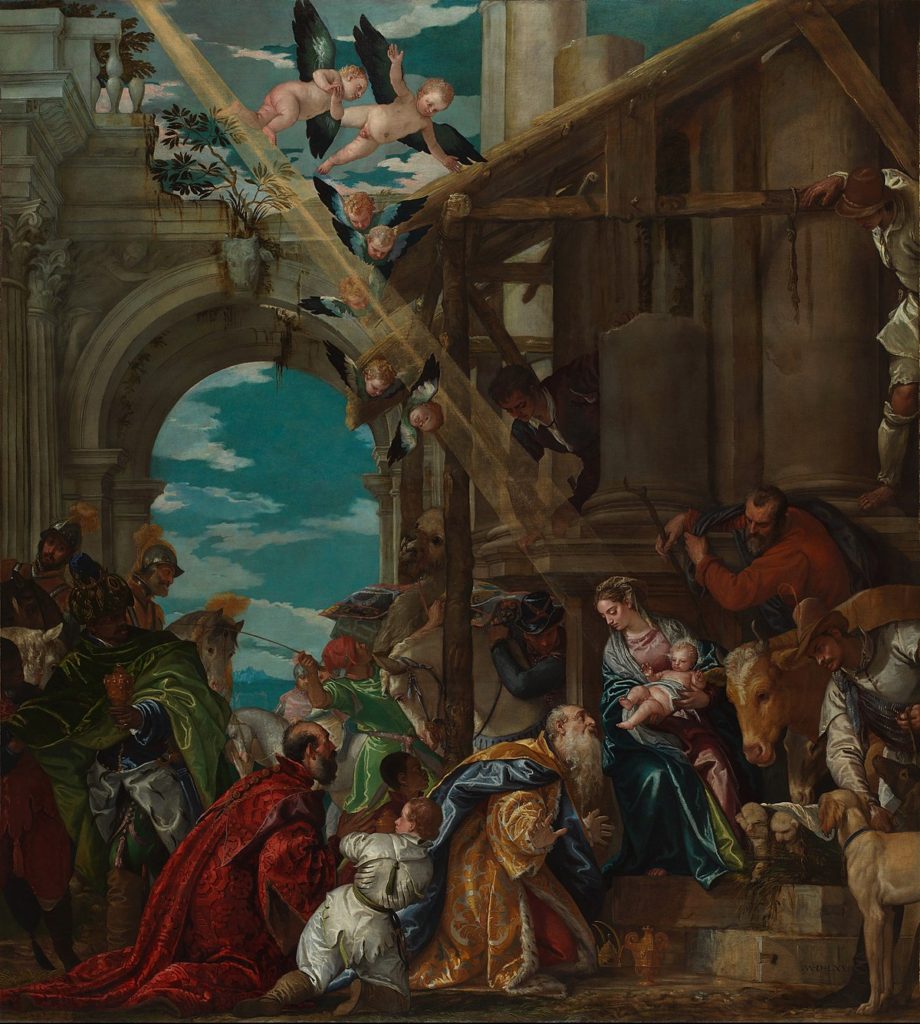 The two following Prayers are taken from the Mozarabic Breviary.

We take the following Sequence from the ancient Missals of the Churches of Germany. 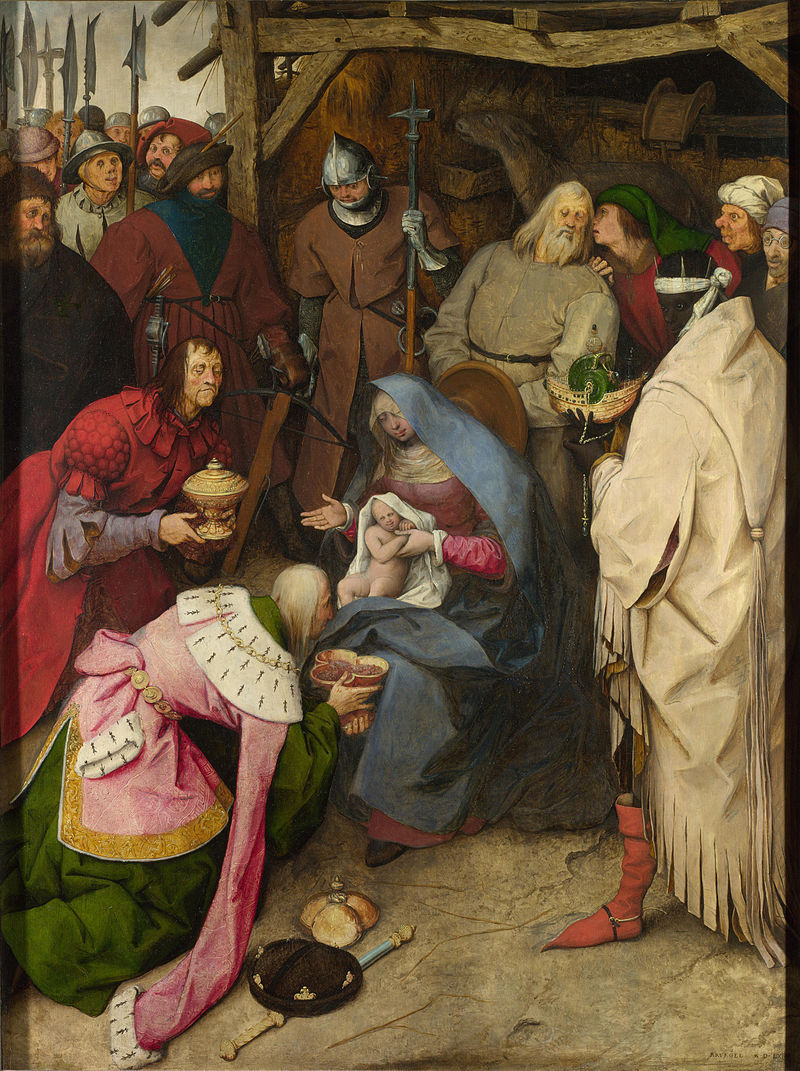 This beautiful canticle in honor of the Infant Jesus is from the pen of St. Ephrem, the sublime bard of the Syrian Church.

The Menæa of the Greek Church furnish us with these beautiful stanzas in honor of the holy Mother of God. 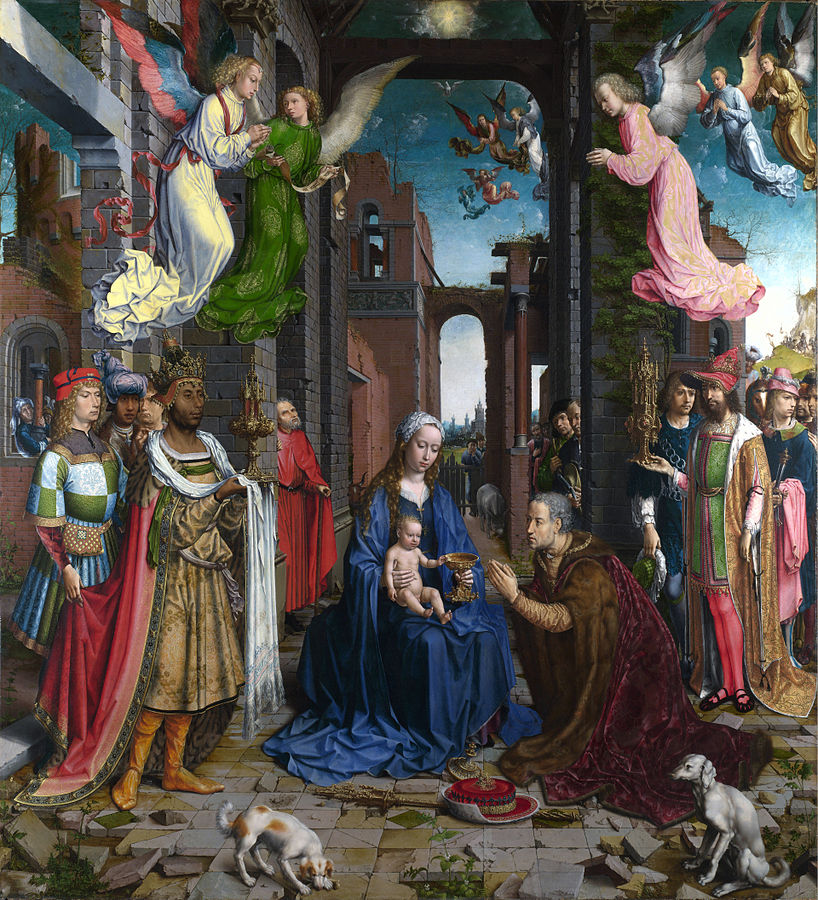