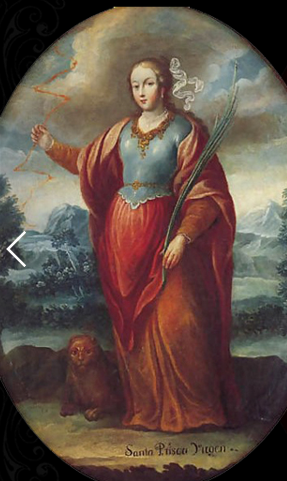 Four Virgins grace the Christmas cycle with their presence; the brightness they cast around is interspersed with rays of a darker hue denoting that the aureola of martyrdom is theirs as well. Truly is is those who have washed their robes in the blood of the Lamb and who have likewise shed their own for Him that have the double right to enter in by the gates to the city and be presented to the new-born King. Perhaps this is the thought of the church in choosing for such an honour those only who have been twice crowned. They are the gift that Rome herself offers to the Emmanuel; each of this glorious band achieved her triumph within her walls. Today we have Prisca, but she will be followed by Agnes, Emerentiana, and Martina. The legend which is inserted in the Roman Office gives us all the details that can be known of the sufferings and martyrdom of Saint Prisca; her relics are preserved in the Church which bears her name. 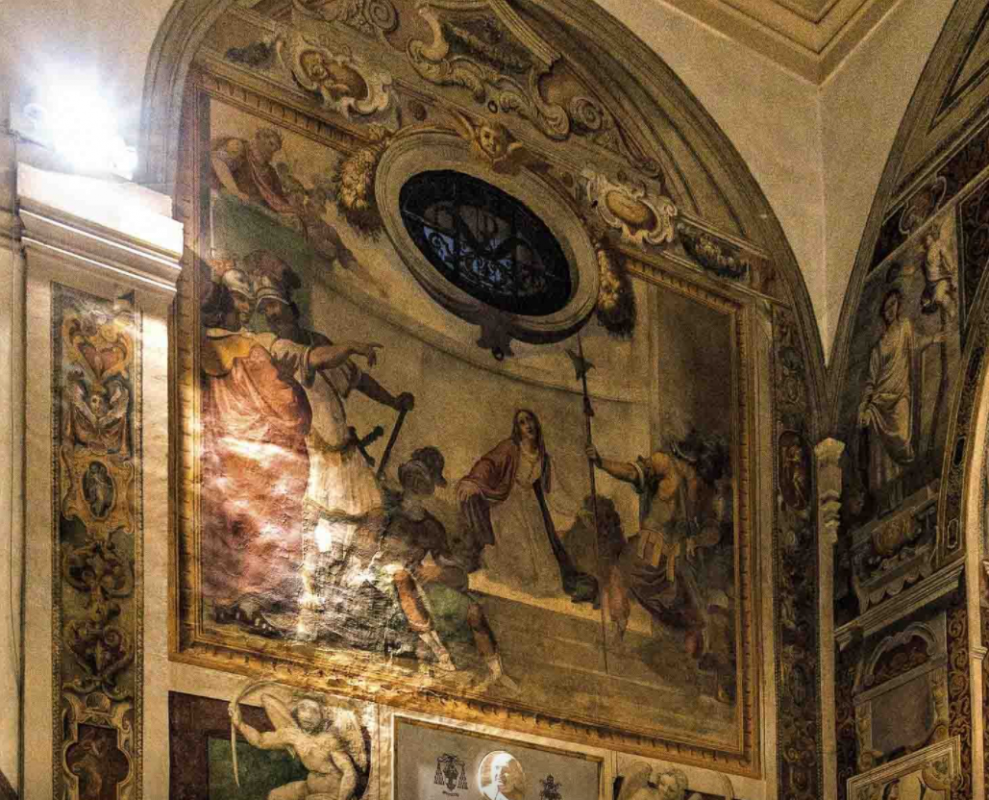 Prisca, a noble virgin of Rome, aged thirteen, was accused of being a Christian in the reign of the emperor Claudius. By his command she was led to the temple of Apollo that she might sacrifices to the idols, and when she had shown her detestation of them, was beaten and cast into prison. When brought out of prison she persevered in her steadfast confession of faith and was therefore scourged, tormented with boiling fat and again cast into prison. After three days she was exposed to a lion in the ampitheatre, but the beast, forgetting its natural fierceness, crouched humbly at her feet. After another three days in prison with nothing to eat, she was racked, torn with iron hooks, and cast on a funeral pyre, but was wonderfully preserved from harm. Finally she was beheaded outside the city walls, thus adding the crown of martyrdom to her virginity. Her body was buried by the Christians on the Ostian Way about ten miles from the city on the fifteenth of the Kalends of February. 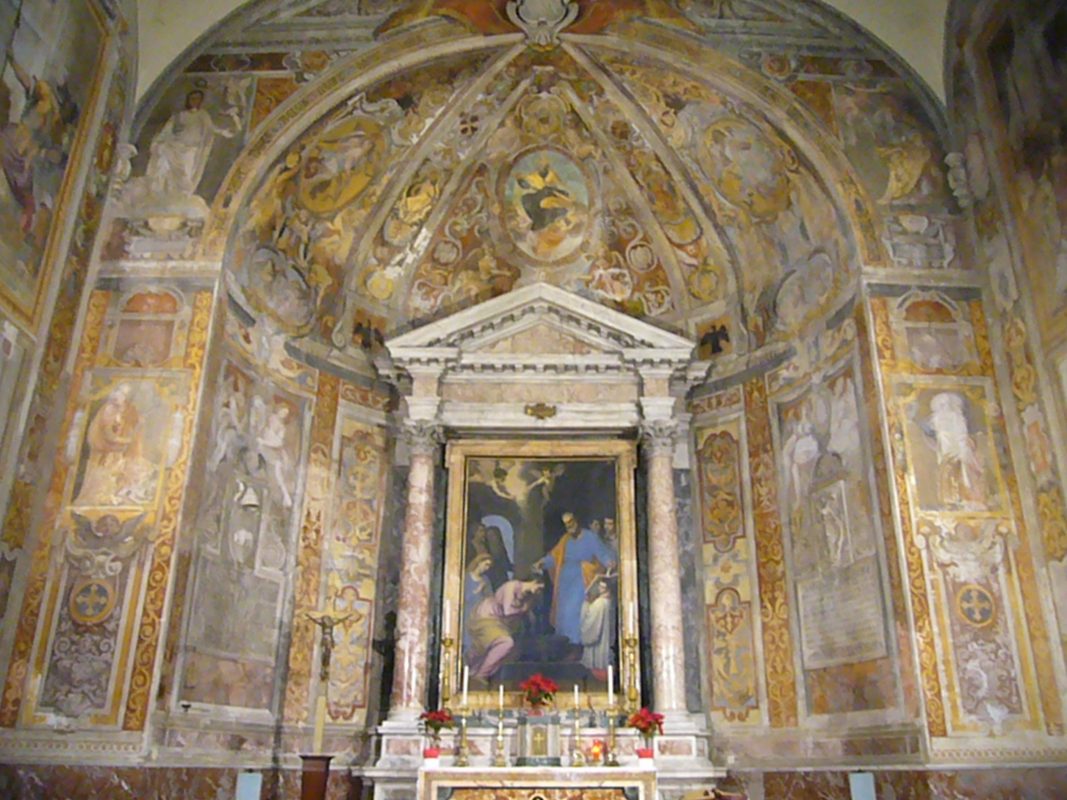