The name of Christopher, whose memory enhances the solemnity of the son of thunder, signifies one who bears Christ. Christina yesterday reminded us that Christians ought to be in every place the good odor of Christ; Christopher today puts us in mind that Christ truly dwells by faith in our hearts. The graceful legend attached to his name is well known. As other men were, at a later date, to sanctify themselves in Spain by constructing roads and bridges to facilitate the approach of pilgrims to the tomb of St. James, so Christopher in Lycia had vowed for the love of Christ to carry travelers on his strong shoulders across a dangerous torrent. Our Lord will say on the last day: “What you did to one of these my least brethren you did it for me.” One night, being awakened by the voice of a child asking to be carried across, Christopher hastened to perform his wonted task of charity, when suddenly, in the midst of the surging and apparently trembling waves, the giant, who had never stooped beneath the greatest weight, was bent down under his burden, now grown heavier than the world itself. “Be not astonished,” said the mysterious child, “thou bearest him who bears the world.” And he disappeared, blessing his carrier and leaving him full of heavenly strength.

Christopher was crowned with martyrdom under Decius. The aid our fathers knew how to obtain from him against storms, demons, plague, accidents of all kinds, has caused him to be ranked among the saints called helpers. In many places the fruits of the orchards were blessed on this day, under the common auspices of St. Christopher and St. James. 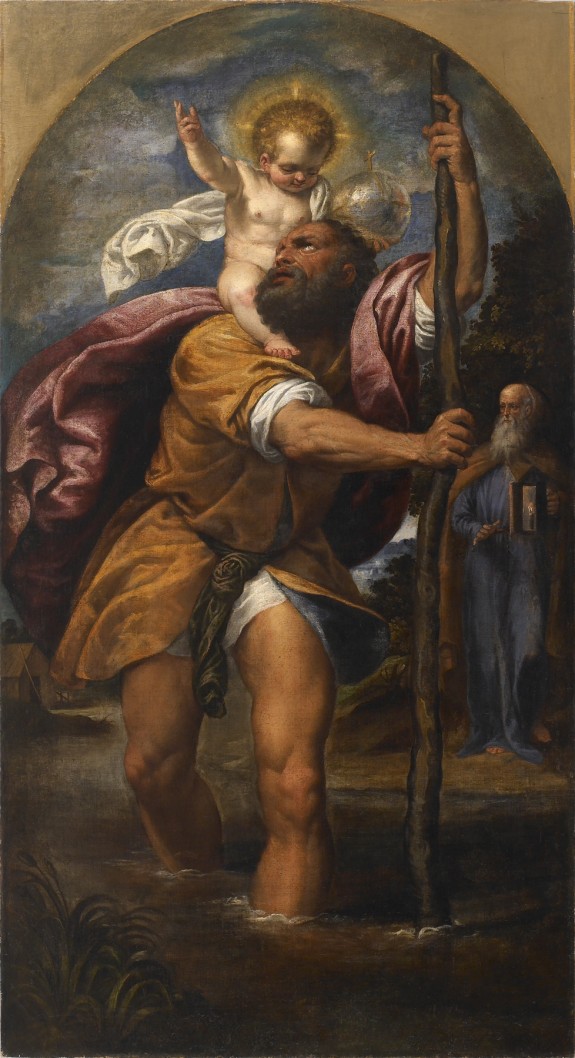 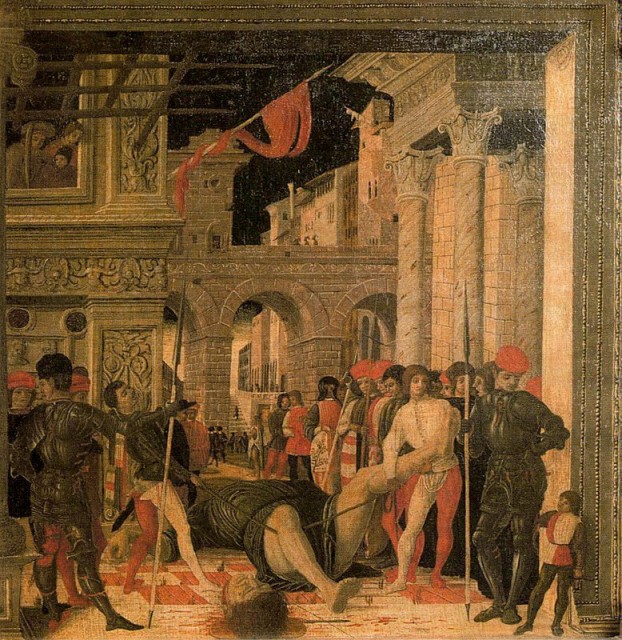