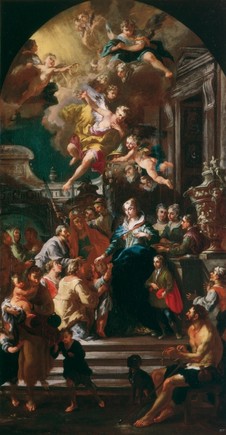 In the footsteps of Margaret of Scotland and of Clotilde of France, a third Queen comes to shed her brightness on the sacred cycle. Born at the southern extremity of Christendom, where it borders of Musselman lands, she was destined by the Holy Ghost to seal with peace the victories of Christ, and prepare the way for fresh conquests. The blessed name of Elizabeth, which for half a century had been rejoicing the world with its sweet perfume, was given to her, foretelling that this newborn child, as though attracted by the roses which fell from the mantle of her Thuringian aunt, was to cause these same heavenly flowers to blossom in Iberia.

There is a mysterious heirship among the saints of God. The same year in which one niece of Elizabeth of Thuringia was born in Spain, another, the Blessed Margaret of Hungary, took her flight to heaven. She had been consecrated to God from her mother’s womb, as a pledge for the salvation of her people, in the midst of terrible disasters; and the hopes so early centered in her were not frustrated. A short life of twenty-eight years spent in innocence and prayer, earned for her country the blessings of peace and civilization; and then Margaret bequeathed to our Saint of today the mission of continuing in another land the work of her holy predecessors.

The time had come for our Lord to shed a ray of His grace upon Spain. The thirteenth century was closing, leaving the world in a state of dismemberment and ruin. Weary of fighting for Christ, kings dismissed the Church from their councils, and selfishly kept aloof, preferring their own ambitious strifes to the common aspiration of the once great body of Christendom. Such a state of things was disastrous for the entire West; much more, then, for that noble country where the Crusade the multiplied kingdoms as so many outposts against the common enemy, the Moors. Unity of views and the sacrifice of all things to the great work of deliverance could alone maintain in the successors of Pelayo the spirit of the grand memories of yore. Unfortunately these princes, though heroes on the battlefield, had not sufficient strength of mind to lay aside their petty quarrels and take up the sacred duty entrusted to them by Providence. In vain did the Roman Pontiff strive to awaken them to the interests of their country and of the Christian name; these hearts, generous in other respects, were too stifled by miserable passions to heed his voice; and the Musselman looked on delightedly at these intestine strifes, which retarded his own defeat. Navarre, Castile, Aragon, and Portugal were not only at war with each other; but even within each of these kingdoms, father and son were at enmity, and brother disputed with brother, inch by inch, the heritage of his ancestors.

Who was to restore to Spain the still recent traditions of her Ferdinand III? Who was to gather again these dissentient wills into one, so as to make them a terror to the Sacracen and a glory to Christ? James I of Aragon, who rivalled St. Ferdinand both in bravery and in conquests, had married Yoland, daughter of Andrew of Hungary; whereupon the cultus of the holy Duchess of Thuringia, whose brother-in-law he had thus become, was introduced beyond the Pyrenees; and the name of Elizabeth, changed in most into Isabel, became, as it were, a family jewel with which the Spanish princesses have loved to be adorned. The first to bear it was the daughter of James and Yoland, who married Philip III of France, successor of St. Louis; the second was the grand-daughter of the same James I, the Saint whom the Church honors today, and of whom the old king, with prophetic insight, loved to say, that she would surpass all the women of the race of Aragon. 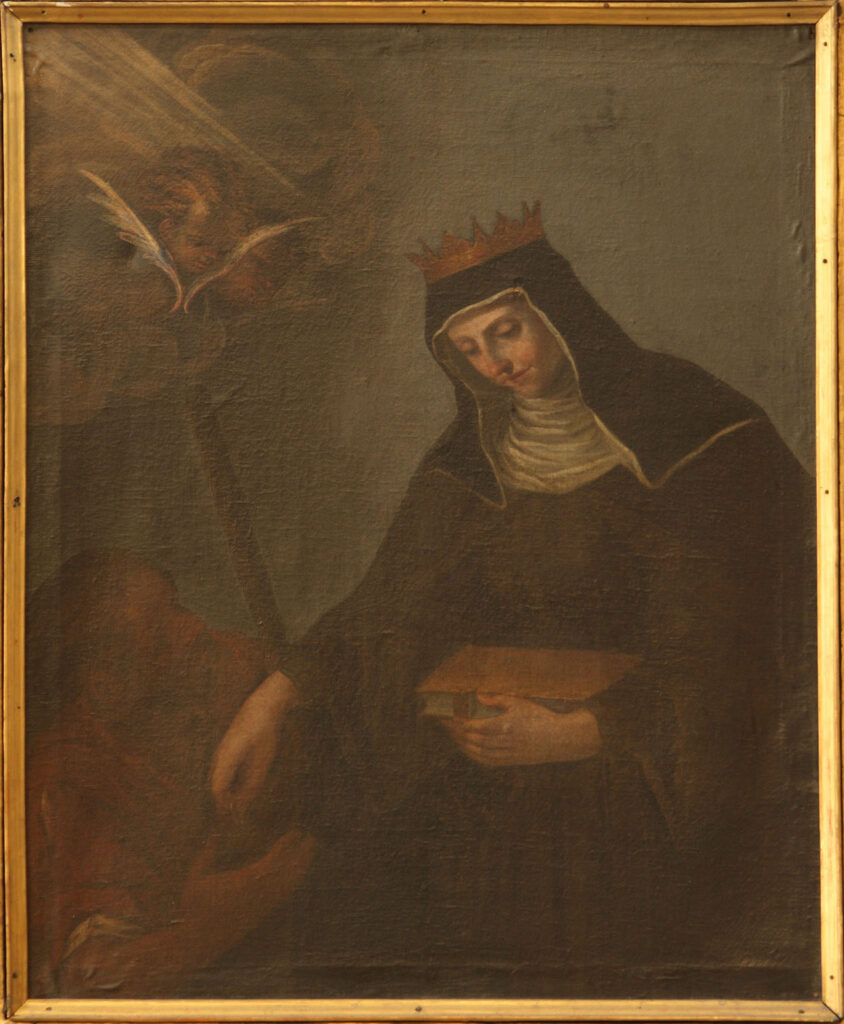 Inheriting not only the name, but also the virtues of the “dear St. Elizabeth,” she would one day deserve to be called “the mother of peace and of her country.” By means of her heroic self-renunciation and all-powerful prayer, she repressed the lamentable quarrels of princes. One day, unable to prevent peace being broken, she cast herself between two contending armies under a very hailstorm of arrows, and so forced the soldiers to lay down their fratricidal arms. Thus she paved the way for the happy event, which she herself was not to have the consolation of seeing: the re-organization of that great enterprise for the expulsion of the Moors, which was not to close till the following century under the auspices of another Isabel, her worthy descendant, who would add to her name the beautiful title of “the Catholic.” Four years after Elizabeth’s death, the victory of Salado was gained by the united armies of all Spain over 600,000 infidels, showing how a woman could, under most adverse circumstances, inaugurate a brilliant Crusade, to the immortal fame of her country. 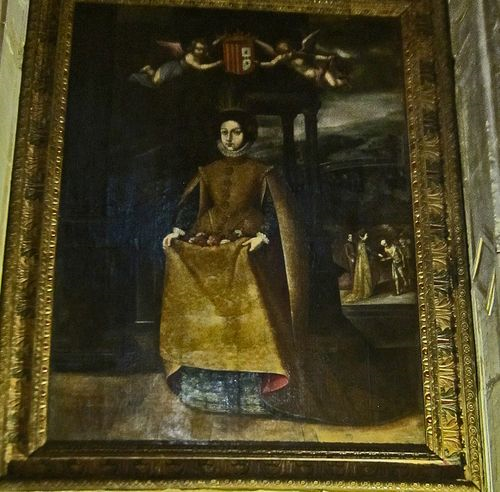 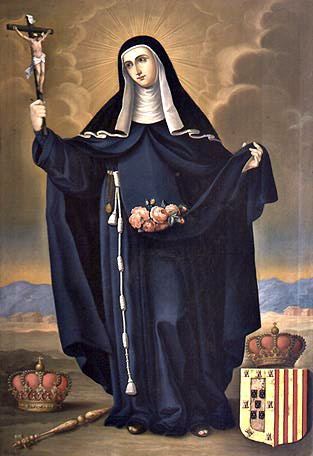 O blessed Elizabeth! we praise God for thy holy works, as the Church this day invites all her sons to do (in the Invitatory). More valiant than those princes in whose midst thou didst appear as the angel of thy fatherland, thou didst exhibit in thy private life a heroism which could equal theirs, when need was, even on the battlefield. God’s grace was the motive-power of thy actions, and His glory their sole end. Often does God gain more glory by abnegations hidden from all eyes but His, than by great works justly admired by a whole people. It is because the power of His grace shines forth the more; and it is generally the way of His Providence to cause the most remarkable blessings bestowed on nations, to spring from these hidden sources. How many battles celebrated in history have first been fought and won in the sight of the Blessed Trinity, in some hidden spot of that supernatural world, where the elect are ever at war with hell, nay, struggle at times even with God Himself; how many famous treaties with peace have first been concluded between heaven and earth in the secret of a single soul, as a reward for those giant struggles which men misunderstand and despise! Let the fashion of this world pass away; and those deep-thinking politicians, who are said to rule the course of events, the proud negotiators and warriors of renown, all, when judged by the light of eternity, will appear for what they are: mere deceptions screening from the sight of men the only names truly worthy of immortality. 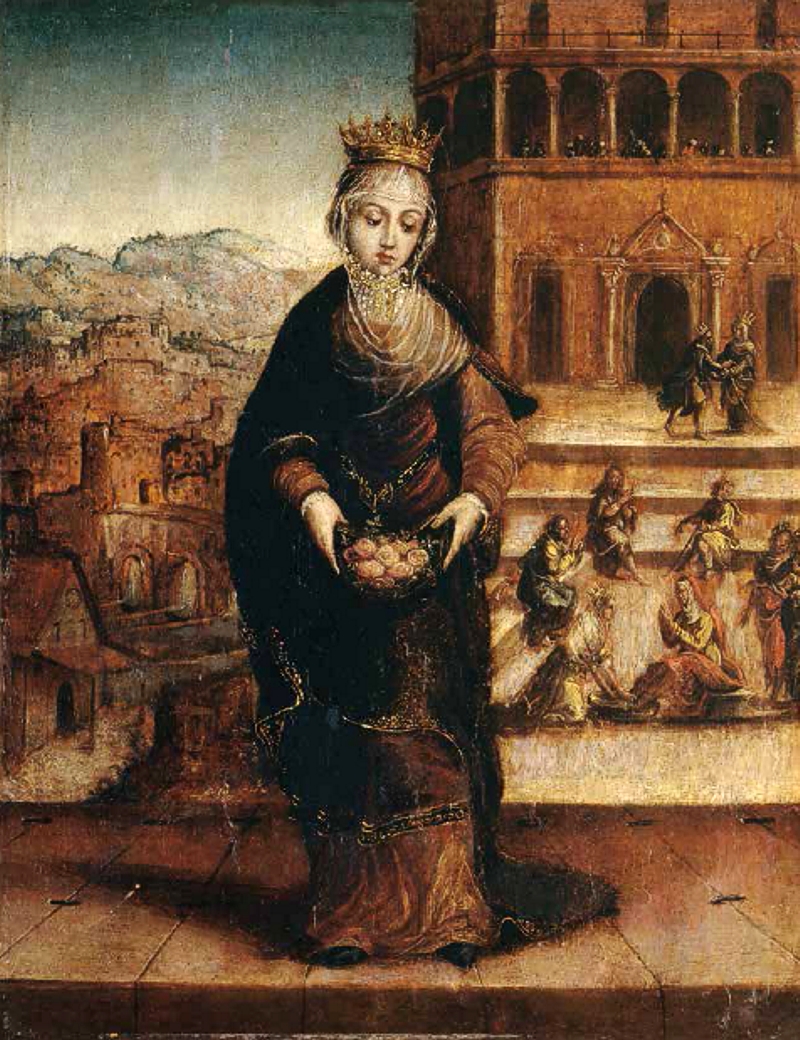 Glory then be to thee, through whom the Lord has deigned to lift a corner of the veil that hides from the world the true rulers of its destinies. In the golden book of the elect, thy nobility rests on better titles than those of birth. Daughter and mother of kings, thyself a queen, thou didst rule over a glorious land; but far more glorious is the family throne in heaven, where thou reignest with the first Elizabeth, with Margaret and with Hedwige, and where others will come to join thee, doing honor to the same noble blood which flowed in thy veins.

Remember, O mother of thy country, that the power given thee on earth is not diminished now that the God of armies has called thee to thy heavenly triumph. True, the land of Iberia, which owes its independence principally to thee, is no longer in the same troubled condition; but if at the present day there is no fear of the Moors, on the other hand, Spain and Portugal have fallen away from their noble traditions: lead them back to the right path, that they mat attain the glorious destiny marked out for them by Providence. Thy power in heaven is not restrained within the borders of a kingdom; cast then a look of mercy on the rest of the world: see how nations, recognizing no right but might, waste their wealth and their vitality in wholesale bloodshed; has the time come for those terrible wars, which are to be harbingers of the end, and wherein the world will work its own destruction! O mother of peace! hear how the Church, the mother of nations, implores thee to make full use of thy sublime prerogative; put a stop to these furious strifes; and make our life on earth a path of peace, leading up ot the joys of eternity. 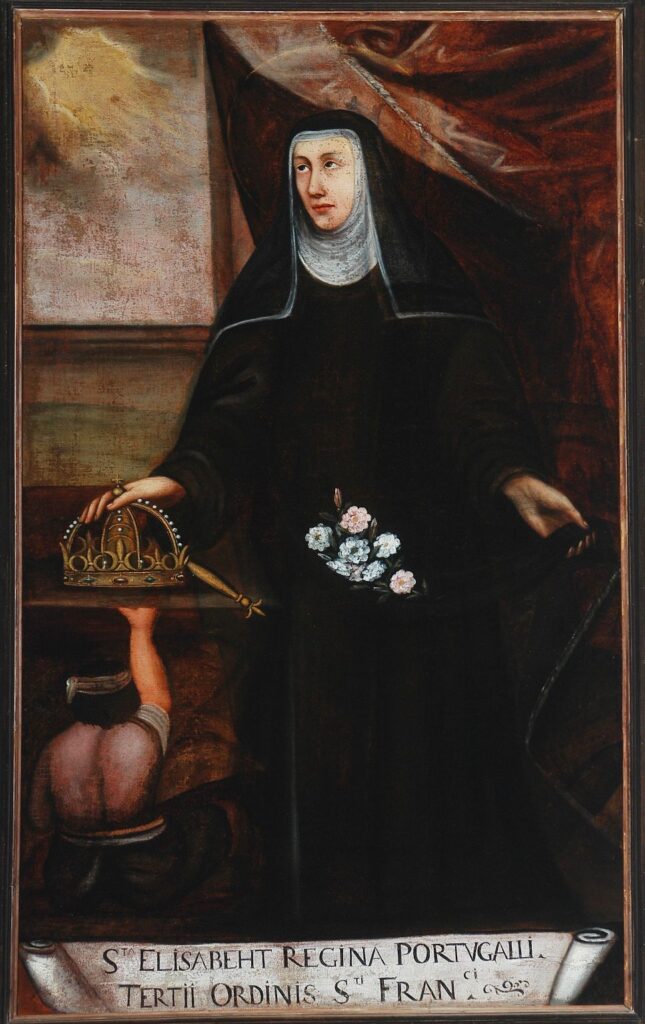