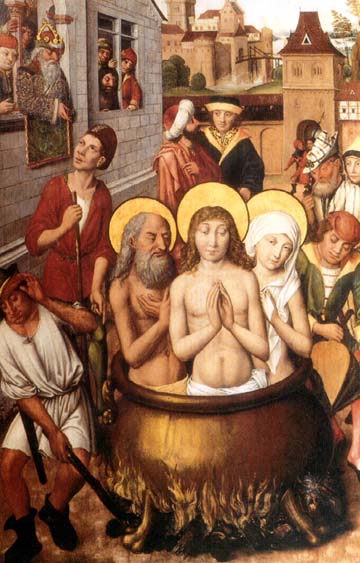 One of the titles of this divine Spirit who is reigning so specially over this portion of the cycle is the Witness of the Word. Thus was He announced to the world by the Man God himself, when about to quit it in order to return to his Father, after having on his part rendered his own great testimony to Sovereign Truth. Formed by the Holy Ghost on the type of Jesus Christ, the Faithful too are witnesses, whose mission is to trample upon lying error, the enemy of God, by expressing the Truth not in words only, but in deeds. There is a testimony, however, that is not given unto all to render this is the Testimony of blood; the martyrs hold this privilege, this is the special stand granted to them in the ceaseless battle ever being waged betwixt Truth and falsehood, and this battle is the sum total of all history. Hence martyrs come crowding on the brilliant heavens of holy Church at this season. In a few days, the Church will be all thrilling with gladness at the birth of Saint John the Baptist, that man great beyond all men, and whose greatness specially consists in that he was sent by God to be a witness to give testimony of the light. We shall then meditate at leisure upon these thoughts for which we seem to be prepared, by the ever swelling groups of joyous martyrs who cross our path as it were to announce the near approach of the Friend of the Bridegroom.

Today we have Vitus, accompanied by his faithful foster-parents Modestus and Crescentia. He is but a child, yet he comes teaching us the price of baptism and the fidelity we owe to our Father in heaven despite all else beside. Great is his glory both on earth and in heaven; the demons who used to tremble before him in life still continue their dread of him. His name remains ineffaceably inscribed on the memory of the Christian people, just as that of a Saint Elmo or Erasmus, among their most potent “helpers” in daily needs. Saint Vitus, or more commonly St. Guy, is invoked to deliver those who are attacked by that lamentable sickness which is named from him, as also to neutralize bad effects from the bite of a mad dog; and his beneficence is evinced even to the dumb brutes also. He is likewise implored in cases of lethargy or unduly prolonged sleep; for this reason, the cock is his distinctive attribute in Christian art, as well as because recourse is usually had to this saint when one wants to awake at some particular hour. 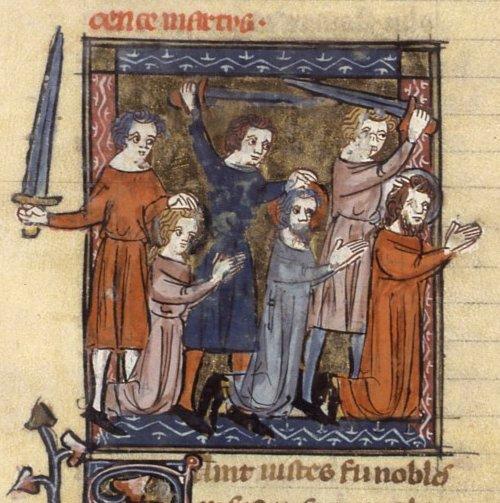 Let us now turn to what the Liturgy relates of our today’s Saints: 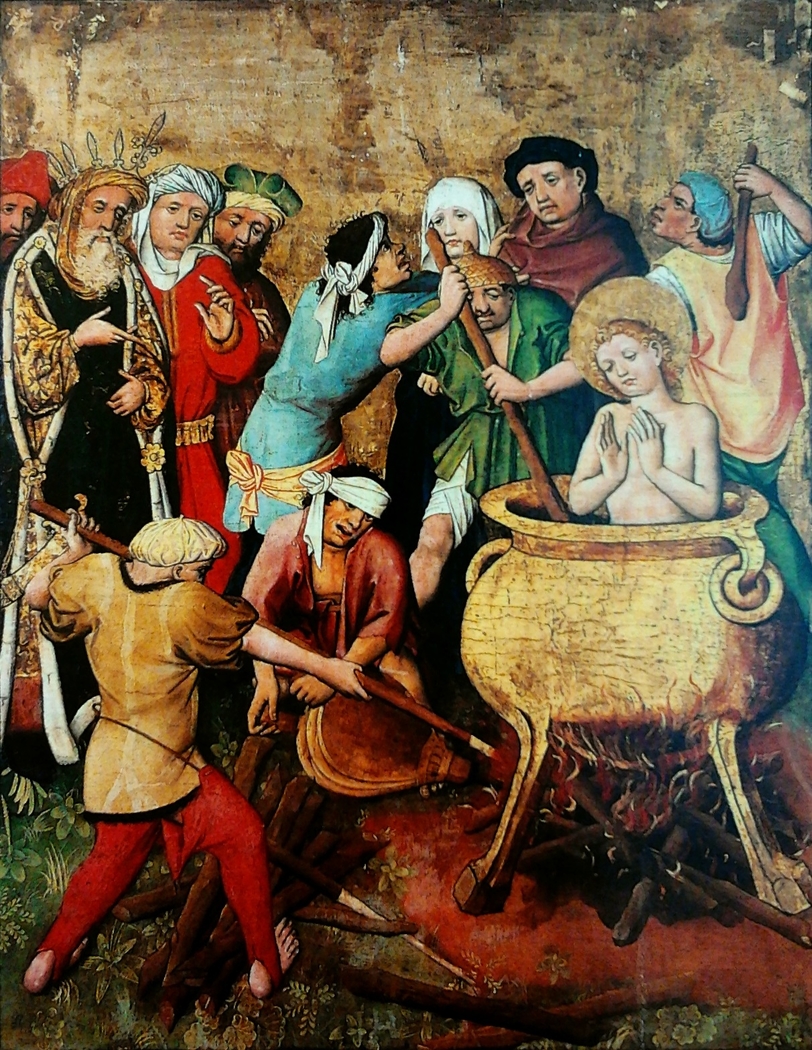 You have won the battle, glorious Martyrs! the struggle was not long, but it gained for you an eternal crown! You have purchased unto yourselves, O Modestus and Crescentia, the everlasting gratitude of your God himself, for unto him ye faithfully gave back the precious charge committed to your keeping, in the person of that dear child who became your very own, through faith and baptism. And thou too, noble boy, who didst prefer thy Father in heaven to thine earthly parent, who may tell the caressing tenderness lavished upon thee eternally by Him whom before men thou didst so unflinchingly own to be thy true Father? Even here below he is pleased to load thee with striking marks of his munificence; for to thee he confides, on a large scale, the exercise of his merciful power. Because of that holy liberty which reigned in thy soul, from reason’s earliest dawn, whereby thy body was subjected to thy soul’s control, thou dost now hold over fallen nature a marvelous power. Unhappy sufferers whose distorted limbs are worked violently at the caprice of a cruel malady, and are no longer mastered by the will; or, on the other hand, those who are rendered powerless and no longer free to act, by reason of resistless sleep, all these recover at thy feet that perfect harmony of soul and body, that needful docility of the material to the spiritual, whereby man may freely attend to the duties incumbent on him, whether as regards God or his neighbor. Vouchsafe to be ever more and more lavish in the granting of these favors, which are the precious gifts specially at thy disposal, for the good of suffering mankind, and for the greater glory of thy God who hath given thee an eternal crown. We implore thee, in the words of the Church and by thy merits, that God may destroy in us that pride which spoils the equilibrium of man himself and makes him deviate from his path. May it be granted us to have a thorough contempt of evil, for thus is restored to man liberty in love: “Not to be proud-minded, but to make progress in thy sight by pleasing humility; that despising what is evil, it may exercise with free charity the things which are right.” 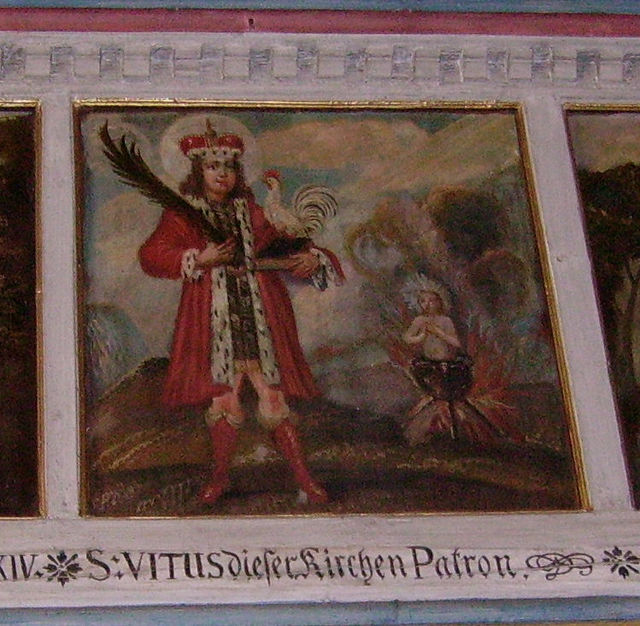