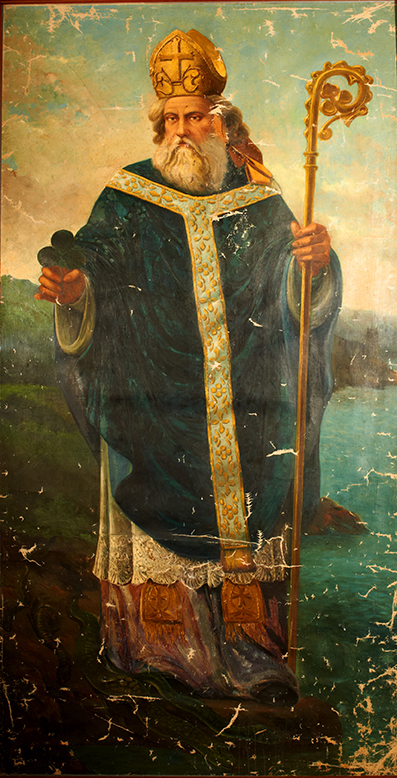 The Saint we have to honour today is the Apostle of that faithful people, whose martyrdom has lasted three hundred years: it is the great St. Patrick, he that gave Erin the Faith. There shone most brightly in this saint that gift of the Apostolate, which Christ has left to His Church, and which is to remain with her to the end of time. The ambassadors or missioners, sent by our Lord to preach His Gospel, are of two classes. There are some who have been intrusted with a small tract of the Gentile world; they had to sow the divine seed there, and it yielded fruit, more or less according to the dispositions of the people that received it: there are others, again, whose mission is like a rapid conquest, that subdues a whole nation, and brings it into subjection to the Gospel. St. Patrick belongs to this second class; and in him we recognise one of the most successful instruments of God’s mercy to mankind.

And then, what solidity there is in this great Saint’s work! When is it that Ireland receives the Faith? In the 5th century, when Britain was almost wholly buried in paganism; when the race of the Franks had not as yet heard the name of the true God; when Germany had no knowledge of Christ’s having come upon the earth; when the countries of Northern Europe deeply slumbered in infidelity—yes, it was before these several nations had awakened to the Gospel that Ireland was converted. The Faith, brought to her by her glorious Apostle, took deep root and flourished and fructified in this Isle, more lovely even by grace than she is by nature. Her Saints are scarcely to be numbers, and went about doing good in almost every country of Europe; her children gave, and are still giving, to other countries the Faith that she herself received from her beloved Patron. And when the 16th century came with its Protestantism; when the apostasy of Germany was imitated by England, Scotland, and the whole North of Europe, Ireland stood firm and staunch: no persecution, however cleverly however cruelly carried on against her, has been able to detach her from the Faith taught her by St. Patrick. 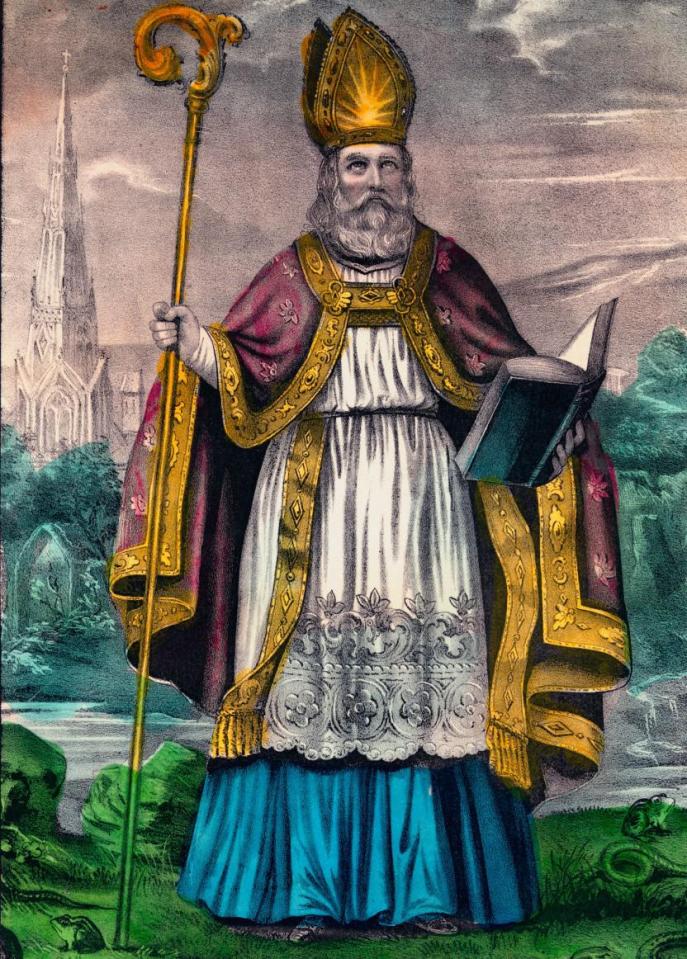 Let us honor the admirable Apostle, chosen by God to sow the seed of his word in this privileged land; and let us listen to the simple account of his labors and virtues, thus given in the Lessons of his Feast. 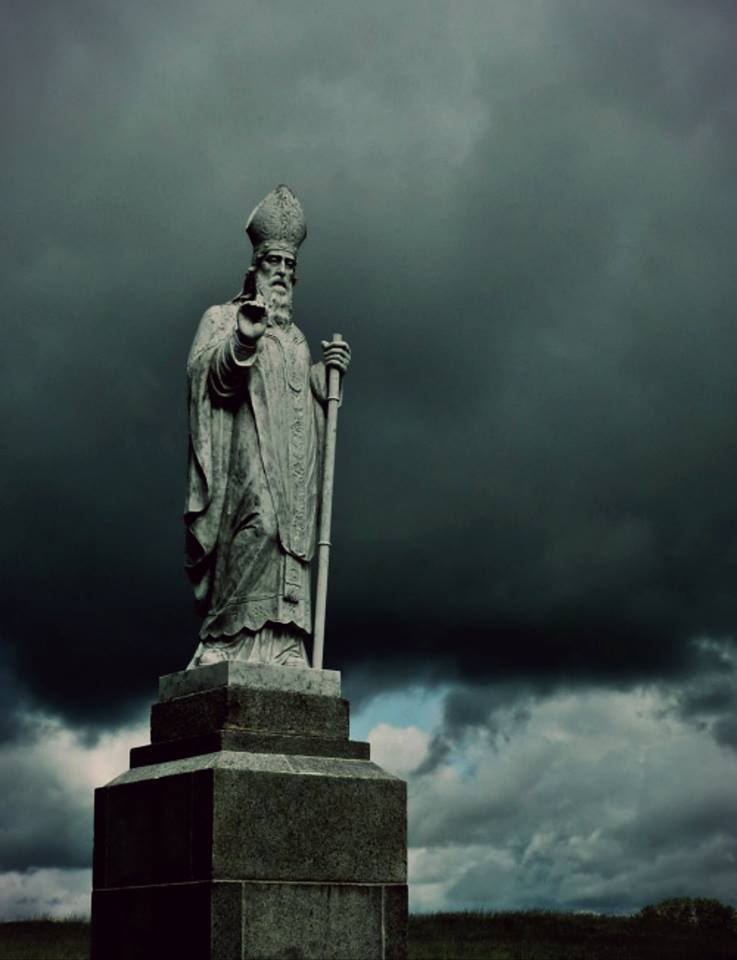 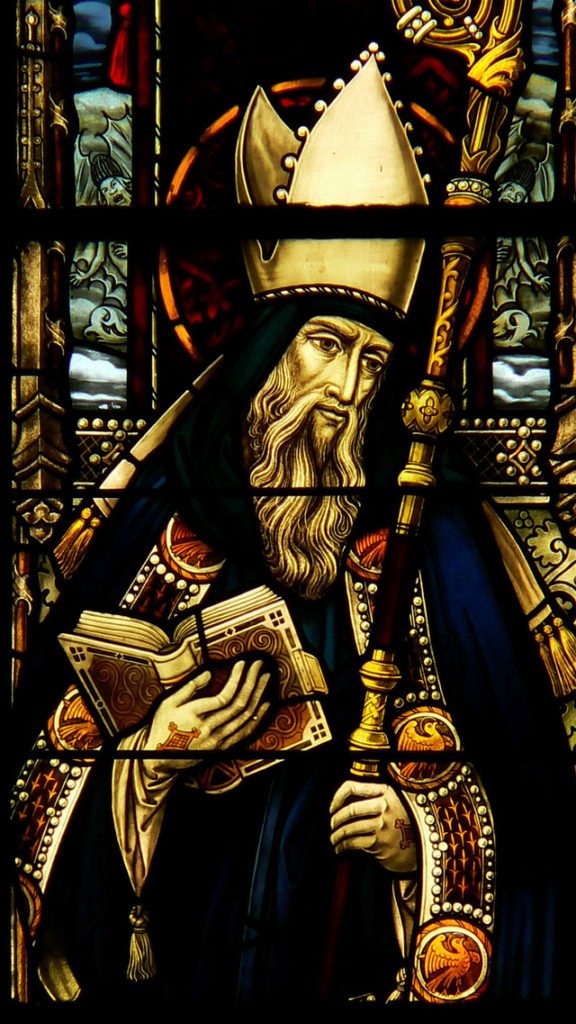 The following Sequence, in honor of our Saint, is taken from an ancient Manuscript Missal, published by Messingham, in his Florilegium Insulæ Sanctorum, Paris, 1624:—

The following Antiphons and Prayers are taken from the Officium Sancti Patricii, Paris, 1622:— 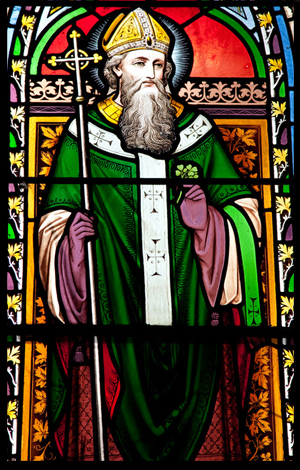 Another favorite Antiphon, used in the ancient Proper Office of St. Patrick, was composed of the words spoken to him by the Angel:

We conclude these Liturgical extracts with a Prayer from an ancient manuscript Breviary of Armagh.

Thy life, great Saint! was spent in the arduous toils of an Apostle; but how rich was the harvest thou didst reap! Every fatigue seemed to thee light, if only thou couldst give to men the precious gift of Faith; and the people to whom thou didst leave it, have kept it with a constancy, which is one of thy greatest glories. Pray for us, that this Faith, without which it is impossible to please God, may take possession of our hearts and minds. It is by Faith that the just man liveth, says the Prophet, and it is Faith that, during this holy Season of Lent, is showing us the justice and mercy of God, in order that we may be converted, and offer to our offended Lord the tribute of our penance. We are afraid of what the Church imposes on us, simply because our Faith is weak. If our principles were those of Faith, we should soon be mortified men. Thy life, though so innocent and so rich in good works, was one of extraordinary penance: get us thy spirit, and help us to follow thee, at least at a humble distance. Pray for Erin, that dear country of thine, which loves and honors thee so fervently. She is threatened with danger even now, and many of her children have left the Faith thou didst teach. An odious system of proselytism has disturbed thy flock; protect it, and suffer not the children of Martyrs to be Apostates. Let thy fatherly care follow them that have been driven by suffering to emigrate from their native land: may they keep true to the Faith, be witnesses to the True Religion in the countries they have fled to, and ever show themselves to be the obedient children of the Church. May their misfortunes thus serve to advance the Kingdom of God. Holy Pontiff! intercede for England; pardon her the injustice she has shown to thy children; and by thy powerful prayers, hasten the happy Day of her return to Catholic Unity. Pray, too, for the whole Church; thy prayer, being that of an Apostle, easily finds access to Him that sent thee. 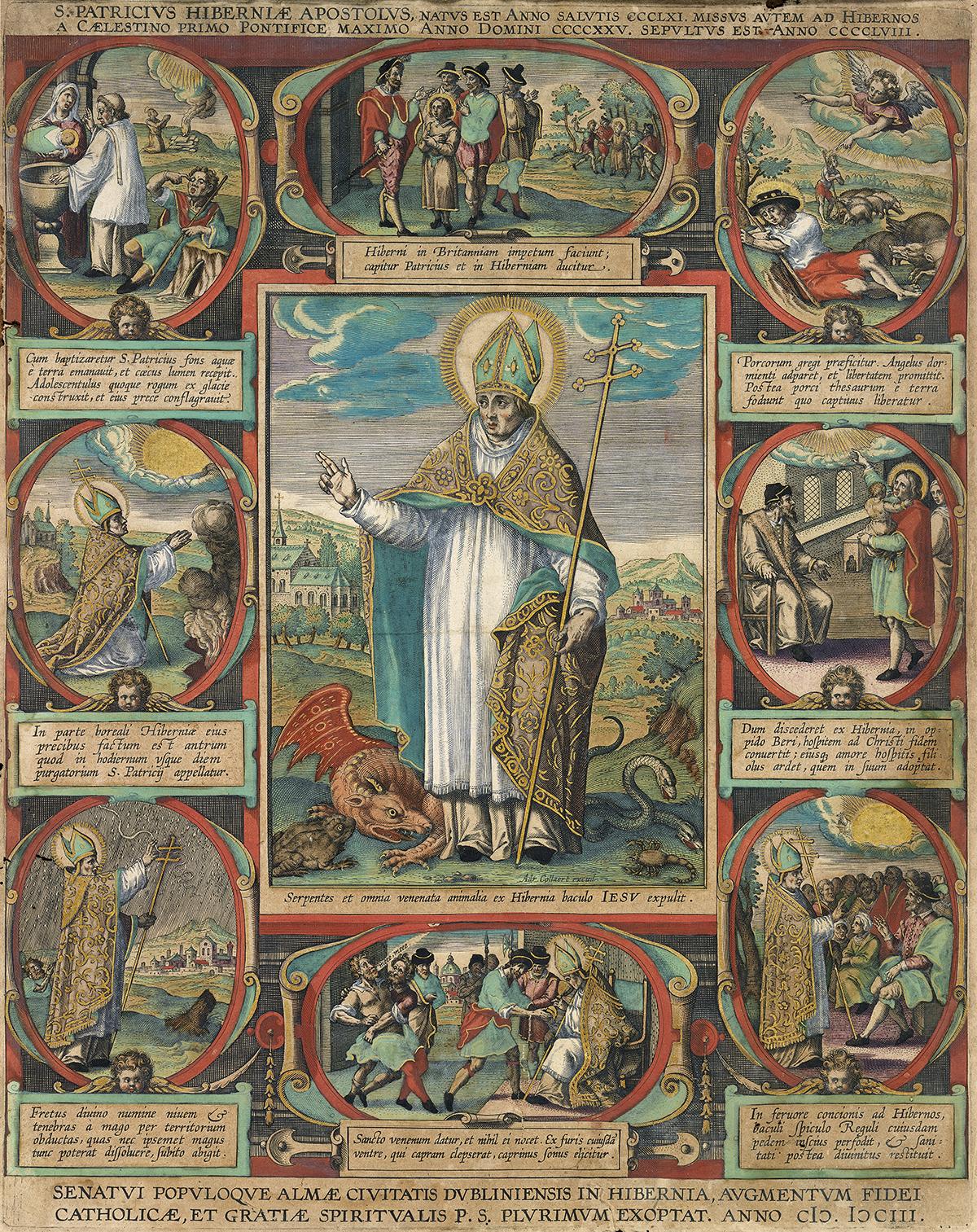