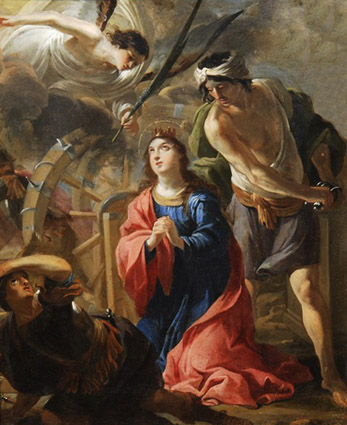 Gertrude the Great, from her very infancy, felt a special attraction towards the glorious virgin Catharine. As she was desirous of knowing how great were her merits, Our Lord showed her St. Catharine seated on a throne so lofty and so magnificent, that it seemed her glory was sufficient to have filled the courts of heaven, had she been its sole queen; while from her crown a marvellous brightness was reflected on her devout clients. (Legatus divinæ pietatus 4:57) It is well known how the Maid of Orleans, entrusted by St. Michael to the guidance of St. Catharine and St. Margaret, received aid and counsel from them during seven years; and how it was at Sainte-Catherine-de-Fierbois that she received her sword.

In the twelfth and thirteenth centuries the Crusaders of the West experienced the powerful assistance of the Alexandrian Martyr; and, on their return from the East, they introduced her cultus, which soon became extremely popular. An order of Knighthood was founded to protect the pilgrims visiting her holy body on Mount Sinai. Her feast was raised to the rank of first Class, and was observed as a holiday of obligation by many churches. She was honored as patroness by Christian philosophers, scholars, orators, and attorneys. The senior advocate was called bastonier, because it was his privilege to carry her banner; while confraternities of young girls were formed under the invocation of St. Catharine, whose members vied with one another in their zeal for adorning her venerated image. She was classed among the helping Saints, as being a wise counsellor; and was claimed as patroness by various associations merely on account of their experience of her powerful intercession with our Lord. Her betrothal with the divine Child, and other scenes from her Legend, furnished Christian Art with many beautiful inspirations. 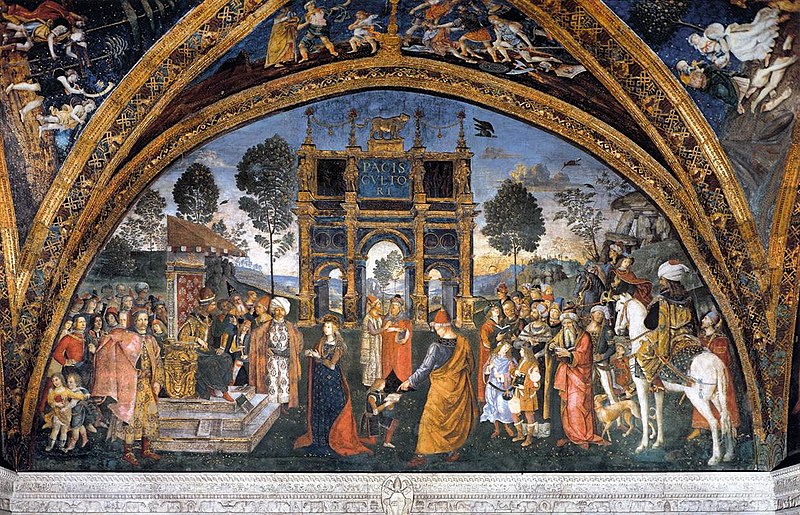 The holy and learned Baronius regretted that even in his day the Acts of the great Oriental Martyr were open to discussion on certain points, which were eagerly seized upon by the extreme critics of the succeeding centuries, in order to lessen popular devotion towards her. (Baron. Annal. ad ann. 307) There remains however this glory to Christian virginity, that in the person of St. Catharine it was honored by pupils and masters, and became the guiding spirit in the development of human thought, during the centuries illustrated by such brilliant suns of learning as Albert the Great, Thomas of Aquin, and Bonaventure. Blessed are the clean of heart, for they shall see God. (Matthew 5:8) Methodius, a bishop and martyr of the third century, thus speaks in his Banquet of Virgins: “The virgin must have a very great love of sound doctrine; and she ought to hold an honorable place among the wise.” (Methodius, Conviv. Oratio 1:1)

Let us now read the abridged Legend of St. Catharine in the book of holy Church. 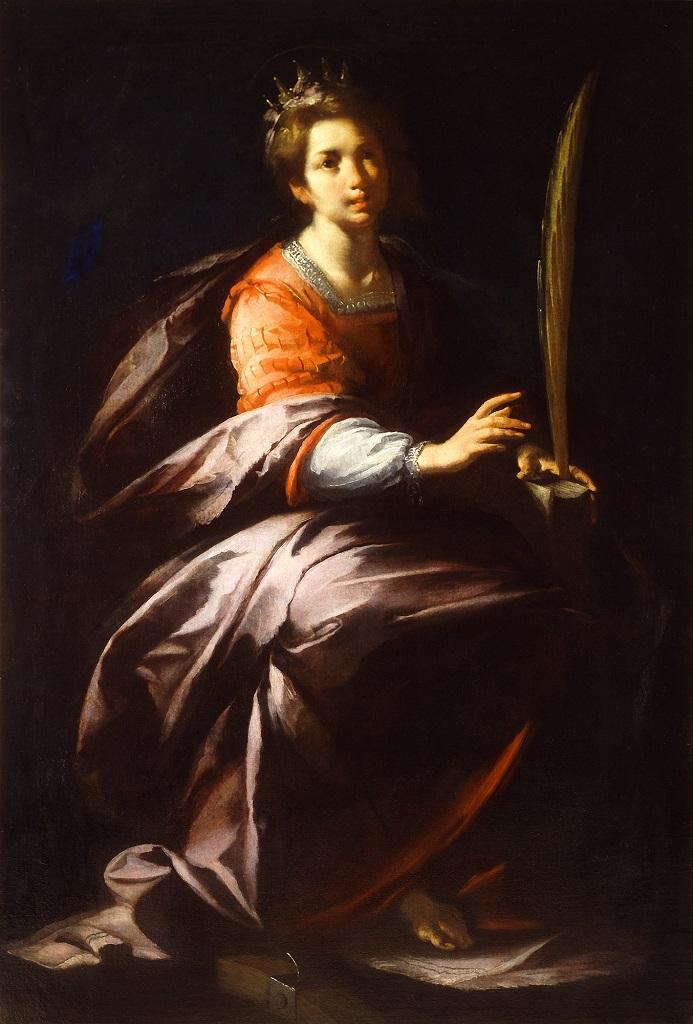 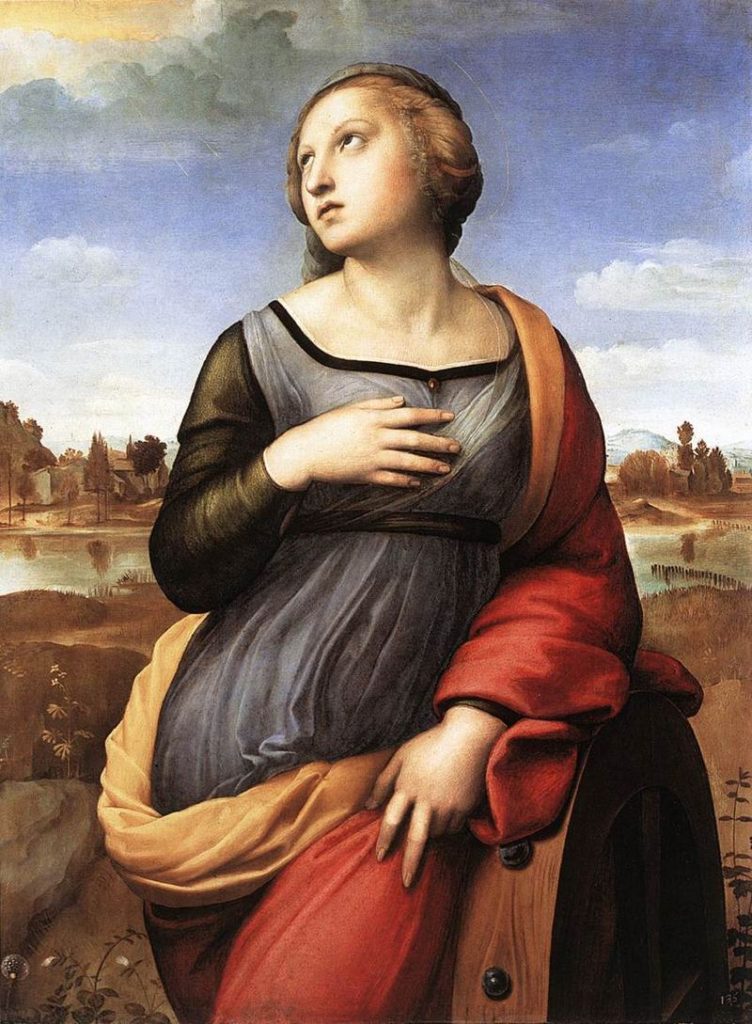 Today’s feast has inspired many liturgical compositions in the West. We will limit our selections to a Sequence from the Gradual of St. Victor’s, and a beautiful and touching Responsory still used by the Friars Preachers. 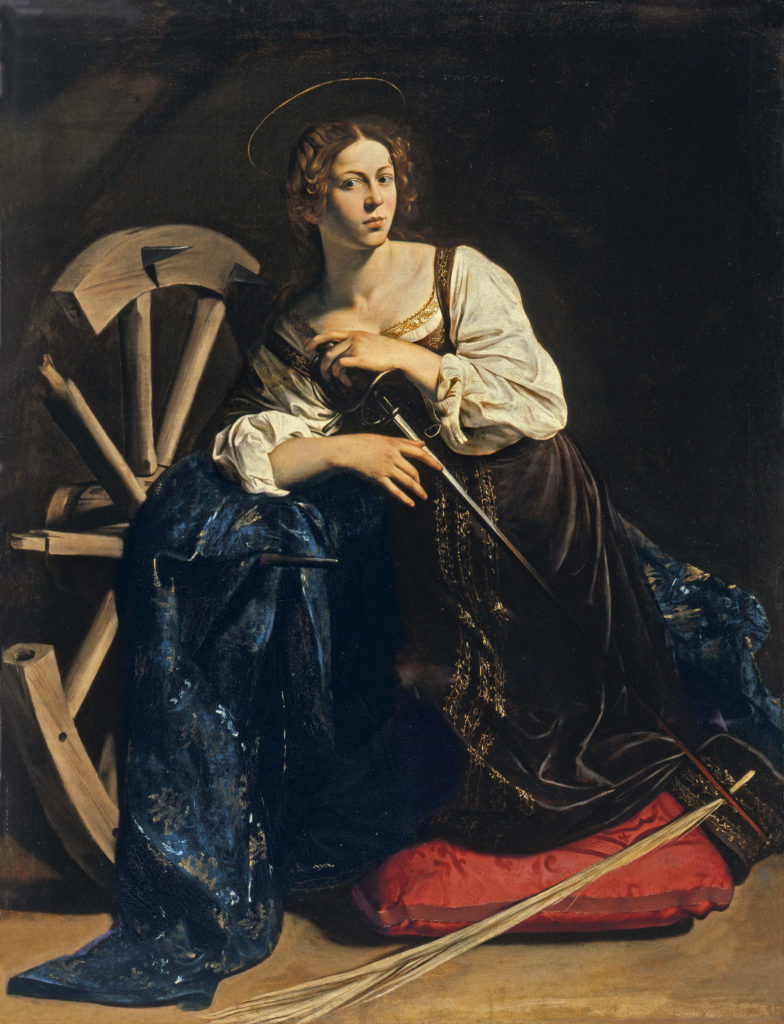 O blessed Catharine, accept us as thy disciples. In thy person, philosophy, true to its beautiful name, leads us to Eternal Wisdom, truth leads to goodness, and science to Christ who is the way, the truth, and the life. “O curious inquirers, who delight in idle, fruitless speculation,” exclaims the most eloquent of thy panegyrists, “know that the brilliant light of science which enchants you, is not intended merely to pleases your eyes, but to guide your steps and rule your conduct. Vain minds, that make such pompous display of your learning in order to win men’s praise, learn that this glorious talent has not been entrusted to you for your self-advancement, but for the triumph of the truth. And you, cowardly, sordid souls, who use science as a means of gaining earthly goods, consider seriously that so divine a treasure is not meant to be traded with in so unworthy a manner; and that the only commerce it is concerned with, is of a higher and sublimer kind, viz: the redemption of souls.” (Boussuet. ‘Panegyric on St. Catharine.’)

Thus, O Catharine, thou didst employ thy science solely for the truth. Thou madest “the majesty of Jesus Christ so visible, that his presence dissipated all the errors of philosophy, and the truths it had usurped acknowledged him for their Master, or rather were gathered up in him as in their center. Let us learn form this holy example to bear witness to the truth and to make it triumph over the world, employing all our light of knowledge in the fulfillment of this duty. O holy truth! I owe thee the testimony of my words, of my life, of my blood: for the truth is God himself.” (Boussuet. ‘Panegyric on St. Catharine.’)

This, O magnanimous virgin, is the thought of holy Church, when she thus formulates her prayer for today: O God, who didst give the law to Moses on the summit of Mount Sinai, and didst wonderfully deposit in the same place the body of the blessed Virgin and Martyr Catharine by means of thy holy Angels; grant, we beseech thee, that by her merits and intercession, we may be enabled to arrive at the mountain, which is Christ, who liveth and reigneth with thee for ever and ever. 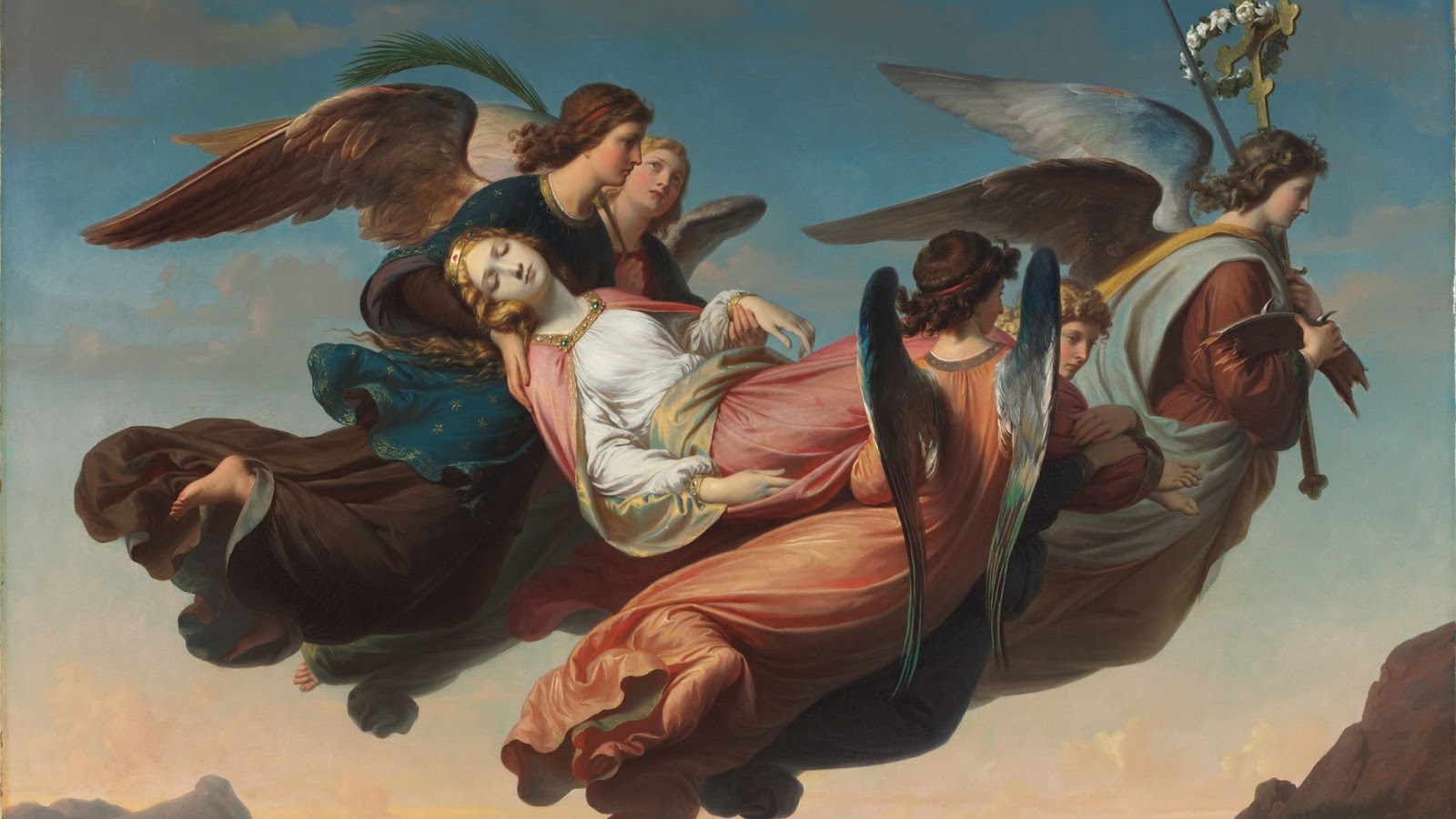