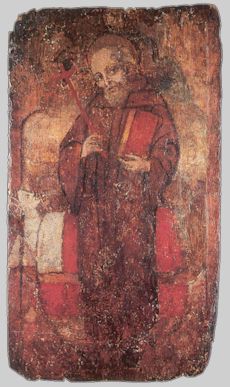 God often brings the world to those who flee from it, as Sylvester Gozzolini among others experienced. In the thirteenth century, the world, all in admiration at the sanctity and the eloquence of the new Orders, seemed to have forgotten the monks and the desert. God, who never forgets, led his elect silently into solitude, and the wilderness began again to rejoice and flourish like the lily; strength was restored to the weak hands and feeble knees (Isaiah 35:1-3) of the sons of the cloister. The austerities of olden days and the fervor of prolonged prayer were revived at Monte Fano, and extended into sixty other monasteries; the new religious family of the Sylvestrians was approved by Innocent IV in 1247. Though originated seven centuries after St. Benedict, and distinguished from the elder families by its blue habit, it claims the Patriarch of Cassino for its legislator and father. 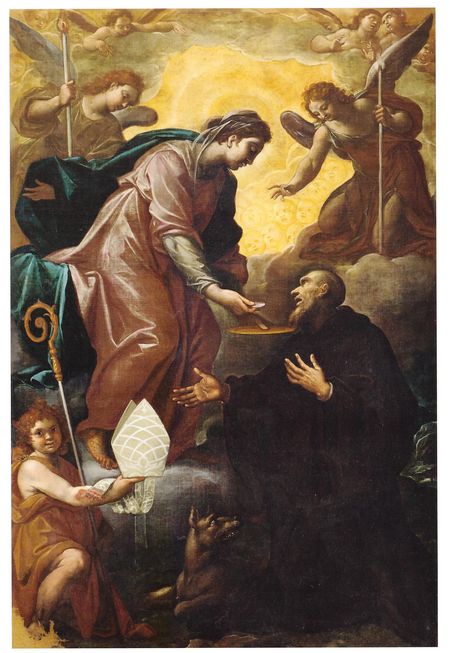 Let us read the life of St. Sylvester which was inserted in the Breviary by Pope Leo XIII.

Peter, successor of St. Theonas in the See of Alexandria, was by his learning and holiness the glory of Egypt, and the light of the whole Church of God. Such was his courage under the terrible persecution raised by Maximian Galerius, that the example of his admirable patience strengthened a great many in Christian virtue. He was the first to cut off from the communion of the faithful, Arius, deacon of Alexandria, for favoring the schism of the Meletians. When Peter had been condemned to death by Maximian, the priests Achillas and Alexander came to him in prison to intercede for Arius; but the bishop answered that during the night Jesus had appeared to him with his garment torn, and on his asking the cause, had replied: “Arius has rent my garment, which is the Church.” He then foretold that they two would succeed him in turn in the episcopate, and forbade them ever to receive Arius to communion, for he knew that he was dead to God. The truth of this prophecy was soon proved by the event. Peter was beheaded, and thus went to receive the crown of martyrdom on the sixth of the Kalends of December, in the twelfth year of his episcopate. 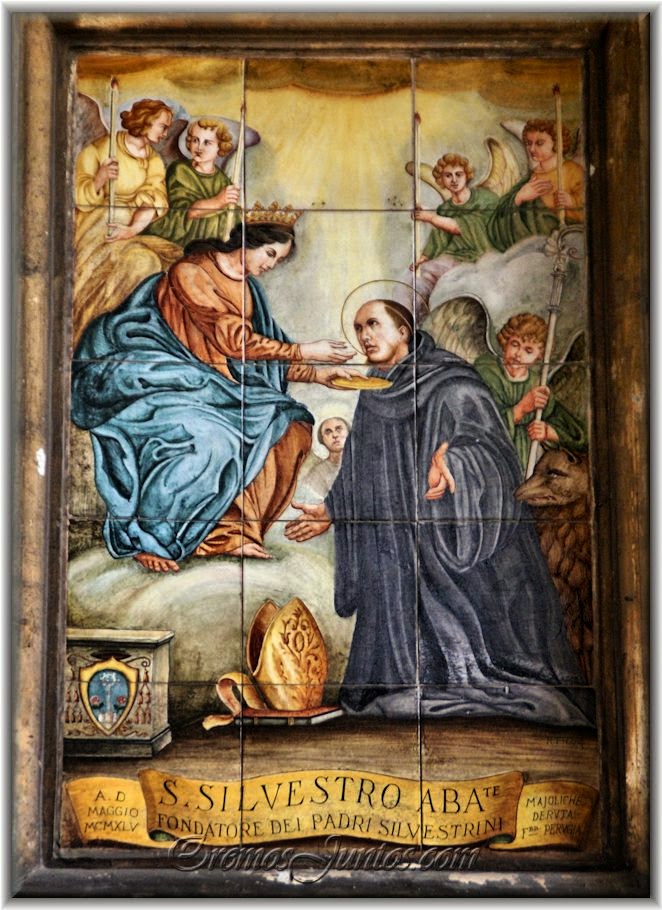 Let us offer our homage and prayers to the great bishop whom the Church thus commemorates today. For a long time he went by the name of Peter the Martyr, until in the thirteenth century another Peter martyr, himself illustrious among all, came to claim the title, leaving his glorious brother to be known as St. Peter of Alexandria.