This feast is destined each year to terminate with solemnity the cycle which is at its close, or to add luster to the new one which has just begun. It seems, indeed, fitting that the Christian year should begin and end with the cross, which has merited for us each of those years which it has pleased the divine goodness to grant us, and which is to appear, on the last day, in the clouds of heaven, as the seal put on time.

We should remember that Saint Andrew is the Apostle of the Cross. To Peter, Jesus has given firmness of faith; to John, warmth of love; the mission of Andrew is to represent the Cross of his divine Master. Now it is by these three, faith, love, and the Cross, that the Church renders herself worthy of her Spouse. Everything she has or is, bears this threefold character. Hence it is that after the two Apostles just named, there is none who holds such a prominent place in the universal Liturgy as Saint Andrew.

But let us read the life of this glorious fisherman of the lake of Genesareth, who was afterwards to be the successor of Christ himself, and the companion of Peter, on the tree of the Cross. The Church has compiled it from the ancient Acts of the Martyrdom of the holy Apostle, drawn up by the priests of the Church of Patræ, which was founded by the Saint. The authenticity of this venerable piece has been contested by Protestants, inasmuch as it makes mention of several things which would militate against them. Their sentiment has been adopted by several critics of the 17th and 18th centuries. On the other hand, these Acts have been received by a far greater number of Catholic writers of eminence; amongst whom may be mentioned the great Baronius, Labbe, Natalis Alexander, Gallandus, Lumper, Morcelli, etc. The Churches, too, of both East and West, which have inserted these Acts in their respective Offices of St. Andrew, are of some authority, as is also St. Bernard, who has made them the groundwork of his three admirable sermons on St. Andrew.

Nothing could be more expressive than the language used by holy Church in praise of the Apostle of the Cross. First, she employs the words of the Gospel, which record the circumstances of his vocation; then, she selects the most touching passages from the Acts of his martyrdom, drawn up by the priests of Patræ; and both are intermingled with appropriate sentiments of her own. Our first selection shall be from the Responsories of Matins. 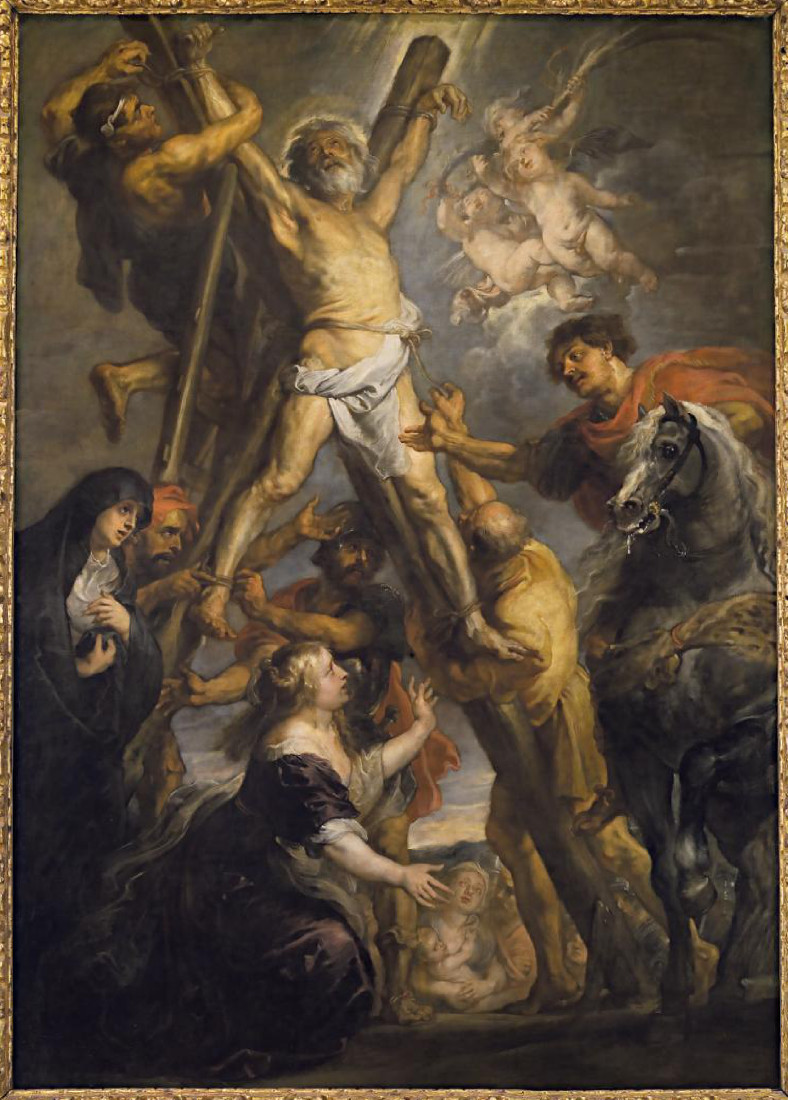 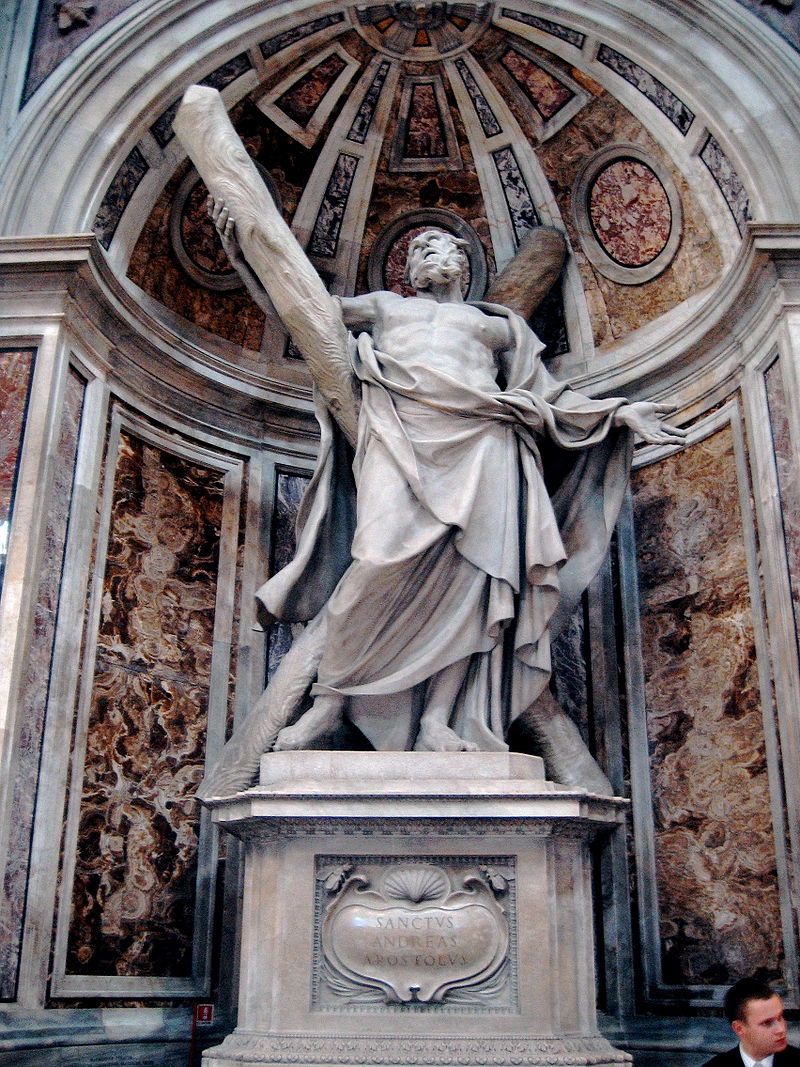 God grants us to meet thee, O blessed Andrew, at the threshold of the mystic Season of Advent, on which we are so soon to enter. When Jesus, our Messias, began his public life, thou hadst already become the obedient disciple of the Precursor, who preached his coming: thou wast among the first of them who received the Son of Mary as the Messias foretold in the law and the prophets. But thou couldst not keep the heavenly secret from him who was so dear to thee; to Peter, then, thou didst bear the good tidings, and didst lead him to Jesus.

O blessed Apostle! we also are longing for the Messias, the Savior of our souls; since thou hast found him, lead us also unto him. We place under thy protection the holy period of expectation and preparation, which is to bring us to the day of our Savior’s Nativity, that divine mystery in which he will manifest himself to the world. Assist us to render ourselves worthy of seeing him on that great night. The baptism of penance prepared thee for receiving the grace of knowing the Word of life; pray for us that we may become truly penitent and may purify our hearts, during that holy time, and thus be able to behold him, who has said: Blessed are the clean of heart, for they shall see God.

Thou hast a special power of leading souls to Jesus, O glorious Saint! for even he, who was to be made the pastor of the whole flock, was presented to the Messias by thee. By calling thee to himself on this day, our Lord has given thee as the patron of Christians who, each year, seeking again that God in whom thou art now living, pray to thee to show them the way which leads to Jesus.

Thou teachest us this way; it is that of fidelity, of fidelity even to the Cross. In that way thou didst courageously walk: and because the Cross leads to Jesus Christ, thou didst passionately love the Cross. Pray for us, O holy Apostle! that we may begin to understand this love of the Cross; and that having understood it, we may put it in practice. Thy brother says to us in his Epistle: Christ having suffered in the flesh, be you also armed with the same thought. Thy feast, O blessed Andrew! shows us thee as the living commentary of this doctrine. Because thy Master was crucified, thou wouldst also be crucified. From the high throne to which thou hast been raised by the Cross, pray for us, that the Cross may be unto us the expiation of the sins which are upon us, the quenching of the passions which burn within us, and the means of uniting us by love to him, who, through love alone for us, was nailed to the cross. 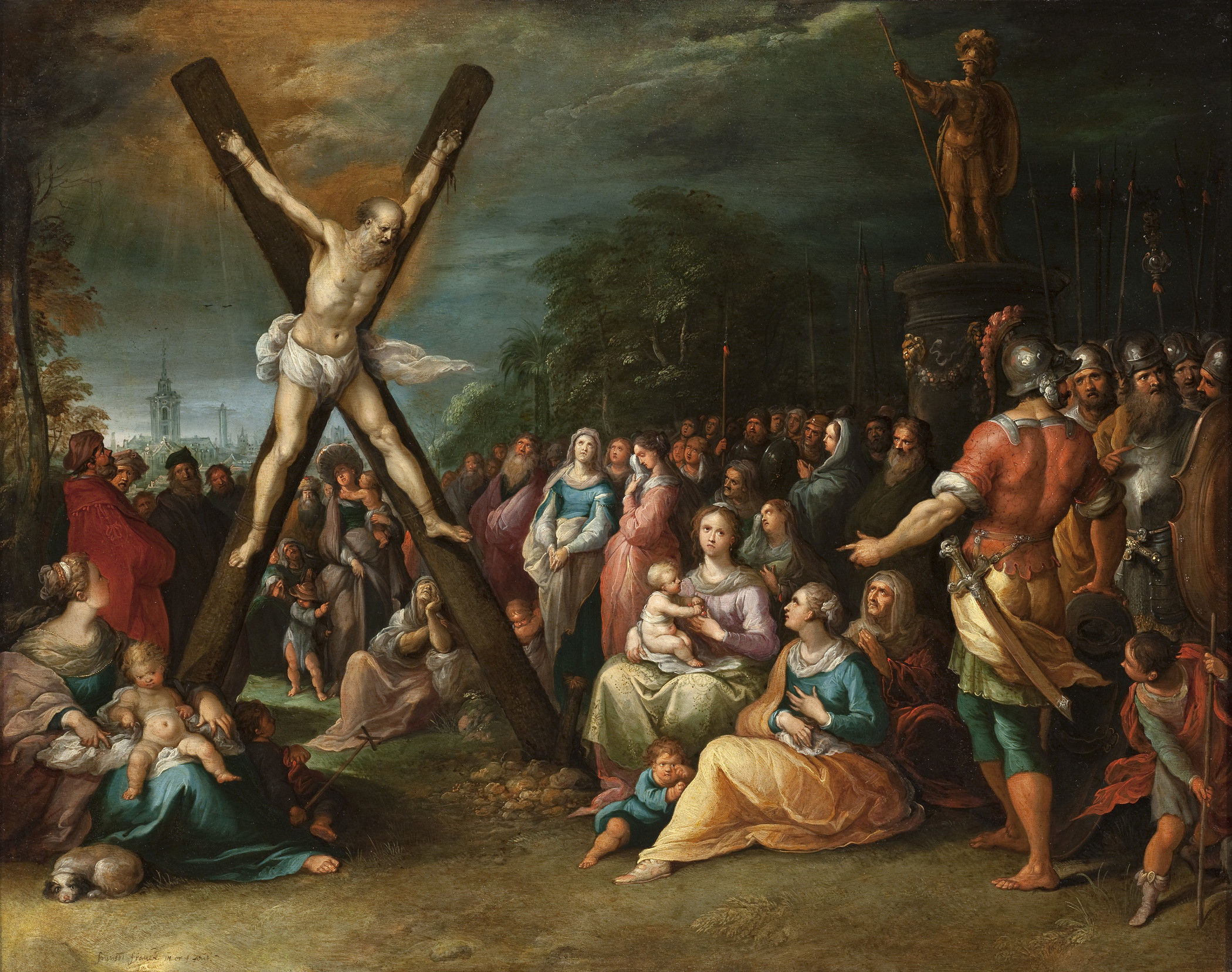