November 8 – Octave Day of All Saints

How could we more appropriately conclude the teachings of this Octave, than by quoting the words used by the Church herself in today’s Liturgy? “Strangers as we are and pilgrims on the earth, let us fix our hearts and our thoughts on the day which will give to each of us a home, and restore us to Paradise. Who, that is on a voyage, would not hasten to return to his country! Who, that is on the way home, would not eagerly desire a favorable wind, that he might the sooner embrace his dear ones! Parents, brothers, children, friends in multitudes impatiently await us in our heavenly fatherland; blessed crowd! already secure of their own eternal happiness, they are solicitous about our salvation. What joy for them and for us, when at length we see them and they may embrace us!

“How great the delight of that heavenly kingdom: no more fear of death; but eternal and supreme happiness! Let all our earnest desires tend to this: that we may be united with the Saints, that together with them we pay possess Christ.”

These enthusiastic words, borrowed from St. Cyprian’s beautiful book “On Mortality,” are used by the Church in her second Nocturn; and in the third she also gives us the strong language of St. Augustine, consoling the faithful, who are obliged still to remain in exile, by reminding them of the great beatitude of this earth: the beatitude of those who are persecuted and cursed by the world. To suffer gladly for Christ, is the Christian’s glory, the invisible beauty which wins for his soul the good pleasure of God, and procures him a great reward in heaven.

He that hurteth, let him hurt still, says our Lord; and he that is filthy, let him be filthy still; and he that is just, let him be justified still; and he that is holy, let him be sanctified still. Behold I come quickly; and my reward is with me, to render to every man according to his works. I am Alpha and Omega, the first and the last, the beginning and the end. Patience, then, Christians! Patience, all who are now despised, for time is short; the fashion of this world passeth away! It is in the light of our Baptism that we must look upon those foolish men, who think themselves strong, because they are violent; who call themselves wise, because pleasure is their only law. When the Man-God, with the spirit of his mouth, shall take vengeance on Satan their leader, their lot will be the indignant sentence heard by the Prophet of Patmos: Without are dogs, murderers, every one that loveth and maketh a lie. Meanwhile the whole creation, which they made the unwilling slave of their corruption, will answer to their disgraceful fall by a triumphant song of deliverance. Itself will be transformed into new heavens and a new earth. It will partake of the glory of the children of God, delivered like itself, and will be worthy to contain the new Jerusalem, the holy city, where in our flesh we shall see God; and where, seated at the right hand of the Father in the Person of Jesus Christ, our glorified human nature will enjoy forever the honors of a bride. 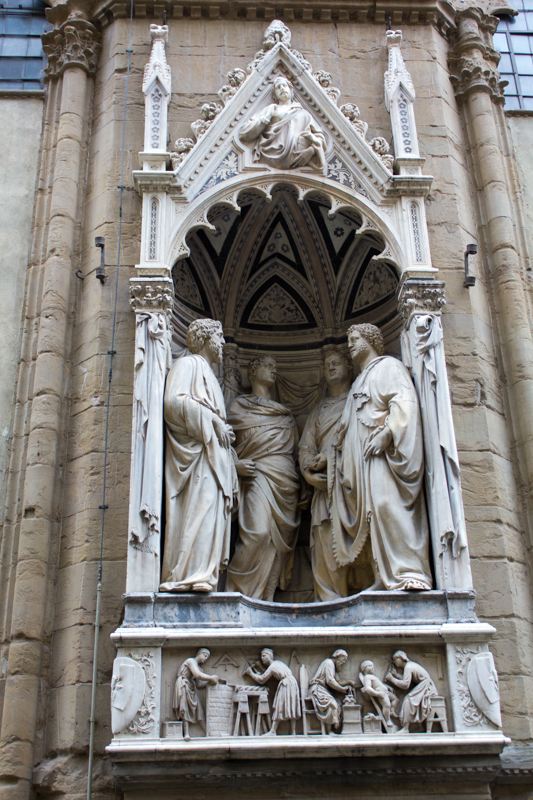 Let us go in spirit to Rome, and direct our steps towards the ancient church on the Cœlian Hill, which bears the name of the Four crowned Martyrs. There are few Saints whose Acts have been more disparaged “by a superficial criticism ignorant of archeological science,” such as that of the 16th, 17th, and 18th centuries. But now “the history and traditions relating to the august monument on the Cœlian have been restored to honor by learned men and antiquaries, whom no one could accuse of superstition, or of a blind credulity with regard to mediæval legends.” Such is the unanswerable decision of the Commandant de Rossi. Let us, then, with the holy Liturgy, offer our homage and prayers to the titular Saints of this venerable church, who once held offices of trust in the empire; and let us not forget those other Martyrs, the five sculptors, who like the former preferred death to infidelity, and now share the glory of their tomb. 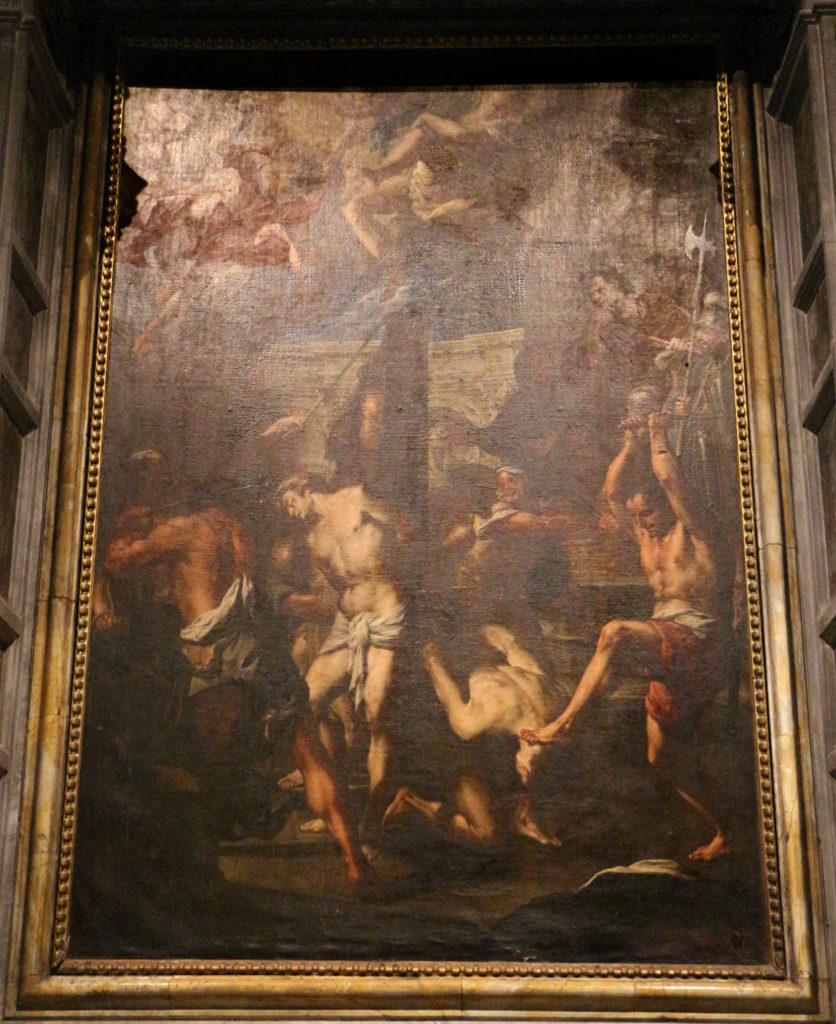 Let us honor all the Saints by a Sequence long sung on this Octave day by the church of Seville.

Let us next pray for our dear departed ones. The Missals of several churches furnish us with this earnest supplication. 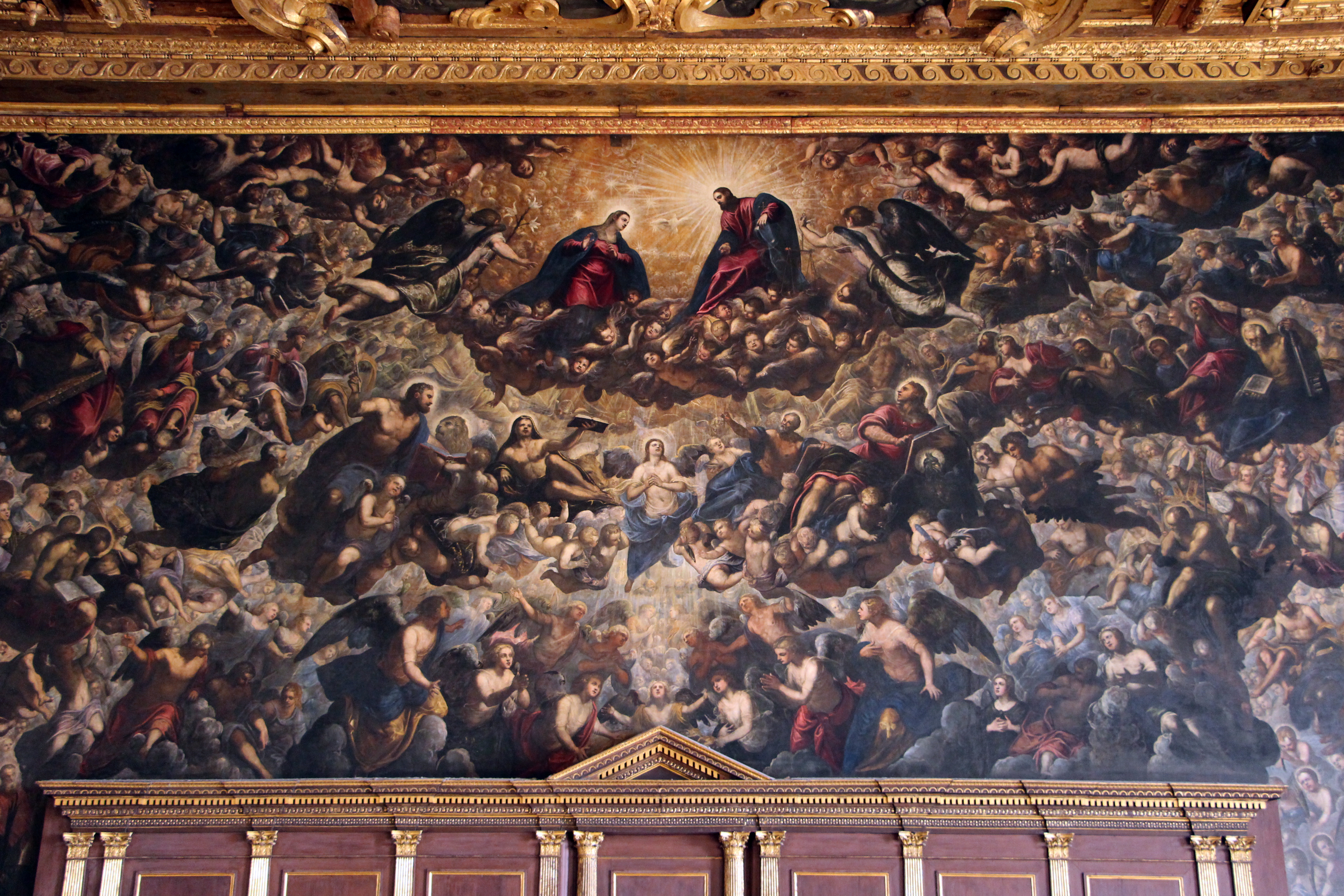