November 9 – Dedication of the Basilica of Saint Savior 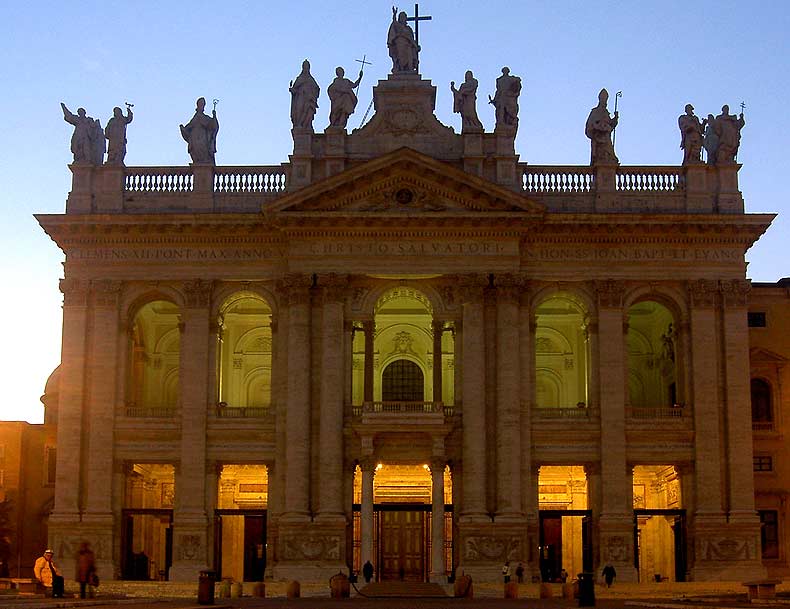 In the fourth century of our era, the cessation of persecution seemed to give the world a foretaste of its future entrance into eternal peace. “Glory to the Almighty! Glory to the Redeemer of our souls!” wrote Eusebius at the opening of the tenth and last book of his History. Himself a witness of the triumph, he describes the admirable spectacle everywhere displayed by the dedication of the new sanctuaries. In city after city the Bishops assembled, and crowds flocked together. From nation to nation, the goodwill of mutual charity, of common faith, and of recollected joy, so harmonized all hearts that the unity of Christ’s body was clearly manifested in these multitudes animated by the same inspiration of the Holy Ghost. It was the fulfillment of the ancient prophecies: the living city of the living God, where all, whatever their age or sex, praise together the Author of all good things. How solemn were then the rites of the Church! The complete perfection therein displayed by the Pontiffs, the enthusiasm of the psalmody, the inspired readings, the celebration of the ineffable Mysteries, formed a divine pageantry!

Constantine had placed the imperial treasure at the disposal of the Bishops; and he himself stimulated their zeal for what he called in his edicts the work of the churches. Rome, the place of his victory by the Cross, the capital of the now Christian world, was the first to benefit by the prince’s munificence. In a series of dedications to the glory of the holy Apostles and Martyrs, Sylvester, the Pontiff of peace, took possession of the eternal city in the name of the true God.

Today is the birthday of the mother and mistress of churches, called “of our Savior, Aula Dei (God’s palace), the golden Basilica;” it is a new Sinai, whence the apostolic oracles and so many Councils have made known to the world the law of salvation. No wonder this feast is celebrated by the whole world.

Although the Popes for centuries have ceased to dwell in the Lateran palace, the Basilica still holds the first rank. It is as true now as it was in the time of St. Peter Damian, to say that “as our Savior is the Head of the elect, so the church which bears his name is the head of all churches; those of St. Peter and St. Paul, on its right and left, are the two arms which this sovereign and universal church embraces the whole earth, saving all those who desire salvation, cherishing and protecting them in its maternal bosom.” And St. Peter Damian applied conjointly to our Savior and his Basilica the words of the prophet Zacharias: Behold a Man, the Orient is his name: and under him shall he spring up, and shall build a temple to the Lord. Yea, he shall build a temple to the Lord: and he shall bear the glory, and shall sit, and rule upon his throne: and he shall be a priest upon his throne.

It is still at the Lateran Basilica that the Roman Pontiffs take official possession of their See. There each year, in the name of the Pope as Bishop of Rome, the episcopal functions are performed, viz: the blessing of the Holy Oils on Maundy Thursday, and on Holy Saturday the blessing of the Font, solemn Baptism and Confirmation, and the general Ordination. Could the great poet of the age of triumph, Prudentius, return to life in these our days, he might still say: “The Roman people hasten in eager crowds to the Lateran, whence they return marked with the sacred sign, with the royal chrism. And we are yet to doubt that Rome is consecrated to thee, O Christ!” 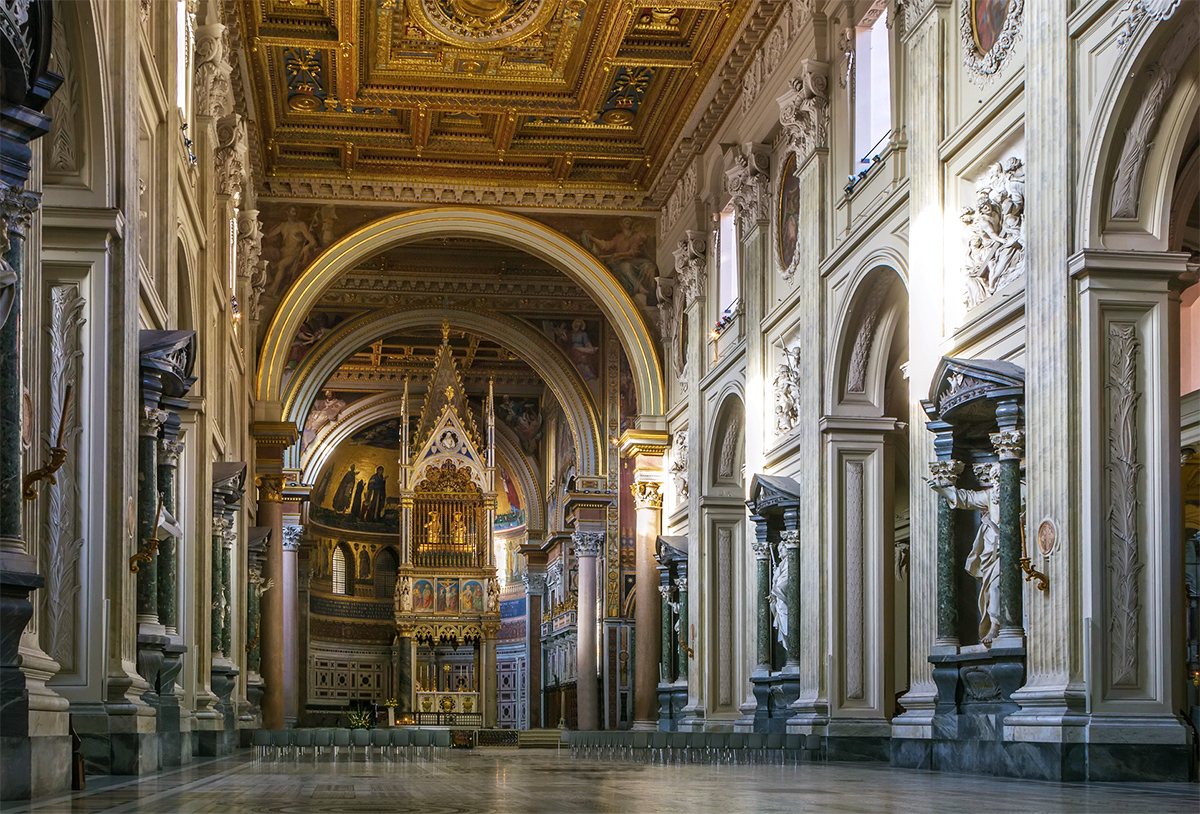 Let us now read the liturgical history of this day.

So many details might seem superfluous to the profane. But just as the Pope is to all of us our first and our own Pastor, so his church of the Lateran is our own church; whatever concerns it cannot, or at least should not, be a matter of indifference to the faithful. Let us take our inspirations regarding it from the following beautiful formulae, given us by the Roman Pontifical in the dedication ceremony. To no church could they be better applied than to this. 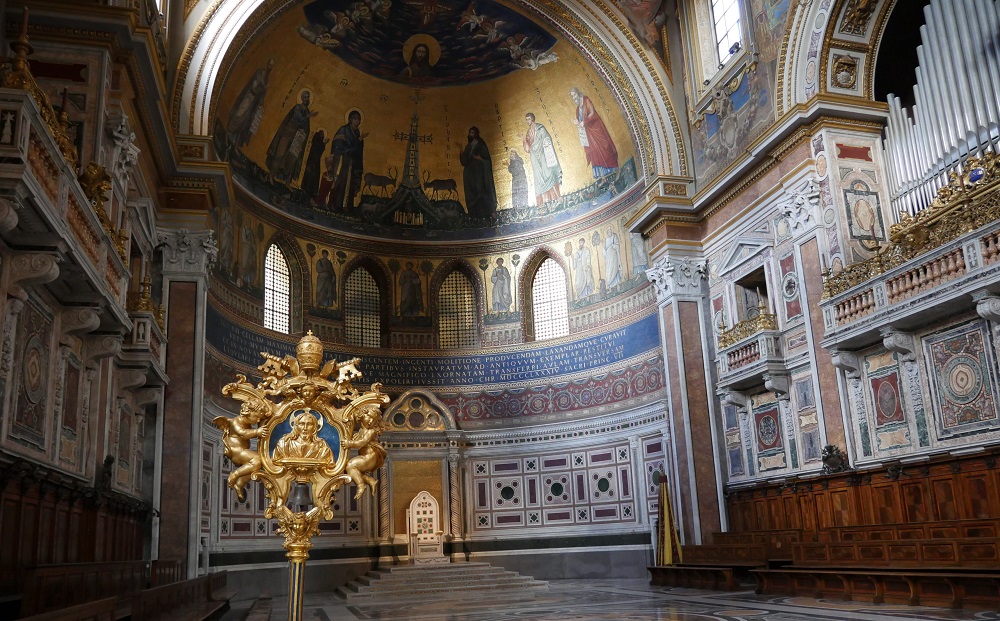 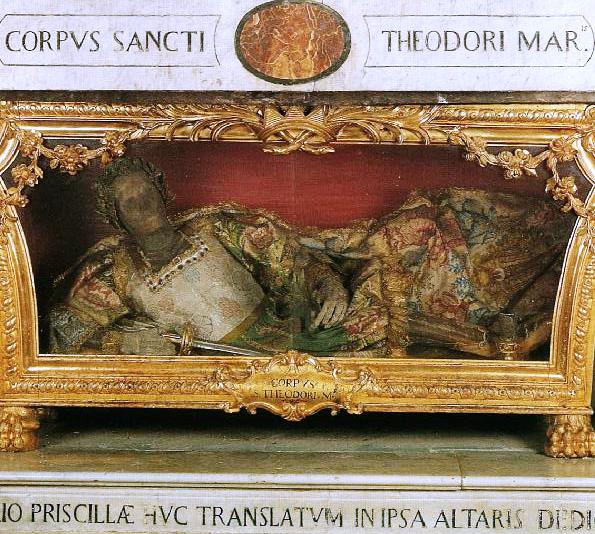 On this day is commemorated the great martyr Theodore of Amasea, a conscript soldier, who was burnt alive. His praises have been celebrated by St. Gregory of Nyssa; he is honored in Rome at the foot of the Palatine, and had three churches dedicated to his name in Constantinople. Let us say with the Latin Church: 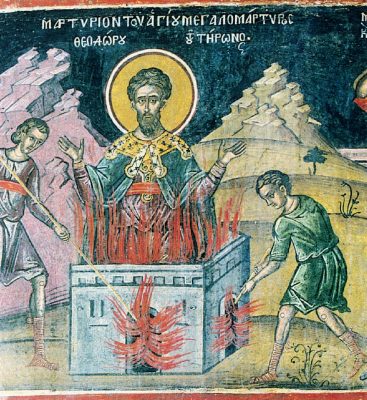 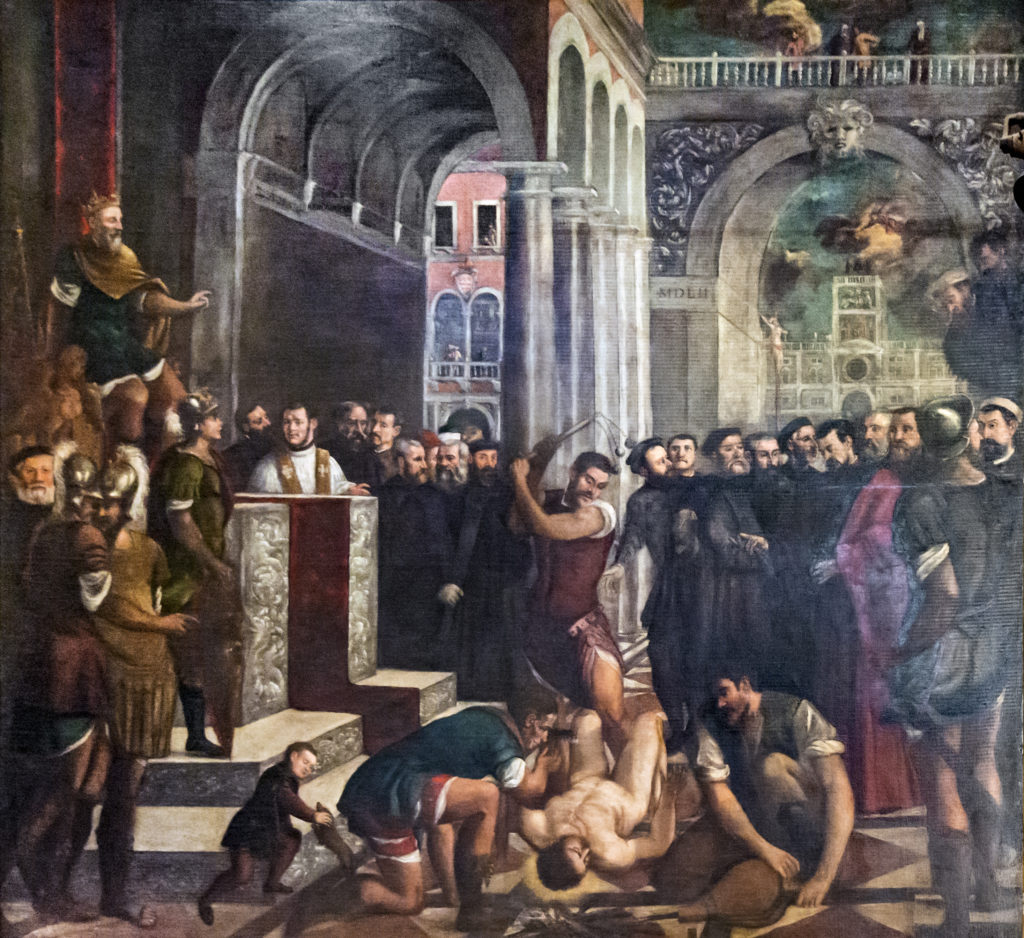