Vanity of vanities and all is vanity. No argument was needed to impress this truth upon the Saint of today, when the coffin was opened which contained all that Spain had admired of youth and loveliness, and death suddenly revealed to him its awful reality. O ye beauties of all times, death alone never dies; it invites itself to your dances and pleasures, it assists at all your triumphs, it hears promises said to be eternal: and how quickly it can scatter your adorers! A few years, a few days, perhaps even less, and all your borrowed sweetness will be decaying in the tomb!

“Enough of vain phantoms; enough of serving mortal kings; awaken, O my soul!” Such was Francis Borgia’s reply to the teachings of death. The friend of Charles V, the great lord unequalled for nobility, fortune, and brilliant qualities, quitted the Court as soon as possible. Ignatius, the soldier at the siege of Pampeluna, beheld at his feet the viceroy of Catalonia, begging to be protected against the honors which pursued him even under the poor habit of a Jesuit, which was now his glory. 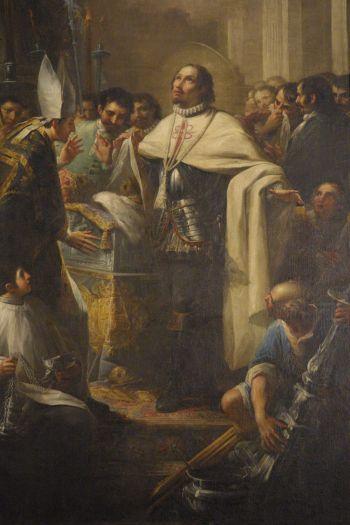 The Church relates his life in the following lines. 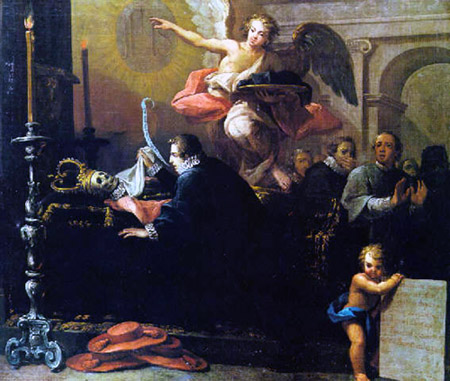 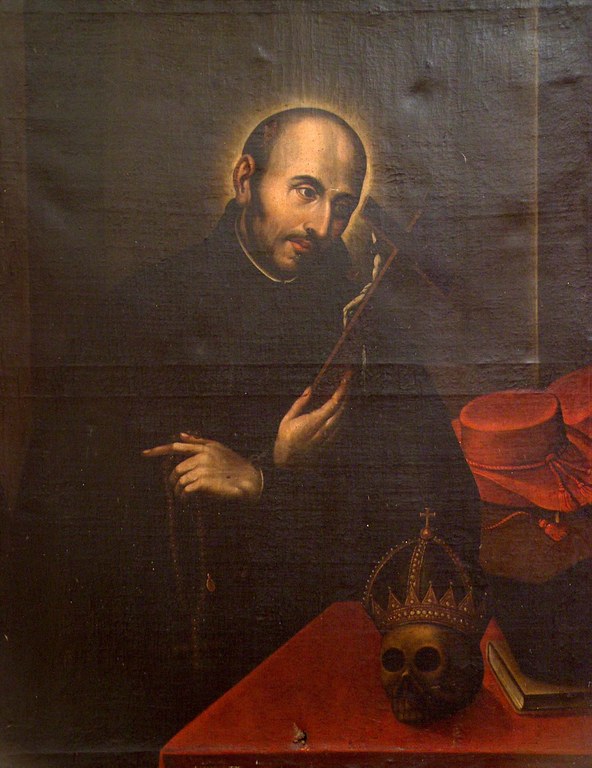 “O Lord Jesus Christ, the pattern and reward of true humility, we beseech thee, that as thou didst make blessed Francis a glorious follower of thee in the contempt of worldly honor, so thou wouldst grant us to be partakers of the same imitation and glory.” Such is the prayer the Church offers through thee to her divine Spouse, in the Collect of the day. She knows that the Saints always have great power with God; but especially when they would obtain for their devout clients the virtues they themselves more particularly cultivated when on earth.

How precious is this prerogative in thy case, O Francis, for it concerns the virtue which attracts God’s grace in this life, and wins such glory hereafter! Since pride has hurled Lucifer into the abyss, and the self-abasement of the Son of God has led to his exaltation above the heavens, humility, whatever men may now say, has lost nothing of its inestimable value; it is still the indispensable foundation of every durable edifice, whether spiritual or social; the basis, without which the other virtues, and even charity the Queen of them all, could not subsist a single day. Therefore, O Francis, obtain for us this humility; thoroughly convince us of the vanity of this world’s honors and false pleasures. May the holy Society, which thou after St. Ignatius didst render still more valuable to the Church, cherish this spirit of thine, so that it may deserve more and more the esteem of heaven and the gratitude of earth.