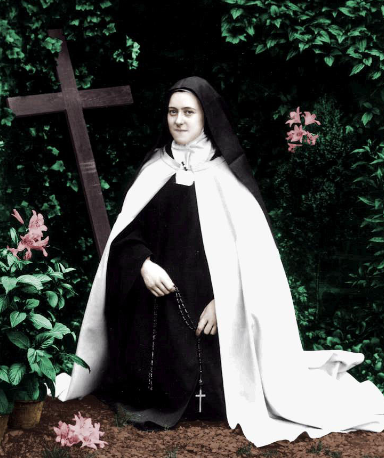 Wonder-worker as is the saint of today, fulfilling her dying prophecy, “After my death I will let fall a shower of roses,” she is her own greatest miracle. Her world-wide popularity, to which is united in most cases a devotion which has reorientated many a life, and in all has been a stimulus and an encouragement, is recognized to be phenomenal. It has been said with respect to doctrinal definitions that the faithful have a passive “infallibility,” whereby their need answers exactly to the definition; the same would seem to be true in the case of devotions and saints; they are given to us when and as they are needed.

In an age which worships visible efficiency which, even in the spiritual sphere, too often demands substantial material results before it will revere and believe, the saint who has won hearts—and souls—as few indeed have done, is no great religious and social reformer nor, in her lifetime, an apostle carrying the truth to the ends of the earth; nor even a preacher upon whose words crowds have hung spellbound, nor a scholar gathering around his rostrum all that was best in the intellectual world of his day; but a girl who was unknown beyond a small circle of relatives and friends. She had received no special educational advantages; she lived her life in a quiet little Norman town to which few travellers found their way. Still a child in years, but mature already in the things of God, she entered the Carmel in the same town, an obscure convent of recent foundation, barren of the historical associations which cluster around many French Carmels. For ten years she lived a life made up for the most part of religious exercises and simple domestic duties; a life, to the average man or woman of the world, colorless and monotonous, in which of necessity talents were wasted and all chance of doing good service to the world forever forfeited. At twenty-four she died of consumption, but over the simple grave accorded to such as she were placed the mysterious words: “I will spend my heaven doing good upon earth.”

Shortly before her death, she, Therese of the Child Jesus, always so humble and simple, had declared, among other startling prophetic sayings, that: All the world would love her. During the last two years of her life, in obedience to her Superiors, she had written in her scanty free time, on poor scraps of paper, an account of her life, and for this, likewise, she foretold a strange success. Today “The Story of a Soul” has been translated into every civilized tongue; the literature which has gathered round the book and its writer would form a library, and Lisieux is one of the great pilgrimage centers of the world.

In her book the young Carmelite explained the theory and practice of her own spiritual life: her “little Way;” the “Way of Spiritual Childhood;” and, when dying, she spoke with a strange solemnity and certainty of the mission awaiting her in the eternal future—to teach her “Way” to souls. Too often described as something new, it is, as tow Sovereign Pontiffs have pointed out, but a return to the way of the Gospels. Others have walked the same path to heaven before St. Therese of Lisieux, but to her it has been given to show it once more to a self-sufficient, sophisticated world, and that in such wise that, to men of good will, it may be a sure and safe highway wherein even the foolish cannot err. 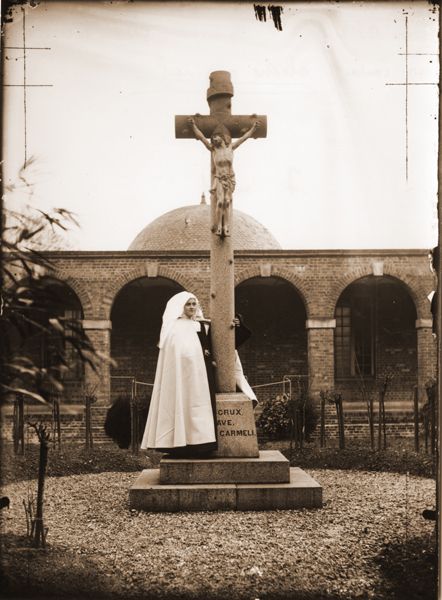 The Way of Spiritual Childhood stresses again that “love,” and not great outward achievement, is the fulfilling of the law; that it is character, not career, which counts; that since for most souls sanctity, if achieved at all, must be achieved in a restricted sphere, the daily round of little duties, little sacrifices, common tasks and trials, all fulfilled and accepted perfectly and for love, generous doing and suffering of the will of God, will provide all that is needful for the highest heroism. Beneath her childlike phrasing the saint has portrayed a life which calls for an unflagging generosity and courage which, united with the humility and confidence of a little child, is heroic indeed. Benedict XV has called her way “the secret of sanctity.”

And because she lived “a little one” she was “pleasing to the Most High.” All the world had loved her; popular acclamation had soon declared her a saint, but the voice which alone can pronounce thereon was not long silent. Her cause was exempted form the years of delay normally required; Pope Benedict XV pronounced the Decree of Heroicity (.pdf; p. 453) of her virtues, and by Pius XI, now happily reigning, she was both beatified and canonized at an interval of but two years, the first beatification and the first canonization of his pontificate. Two years later the Pope declared her the special patroness of all Catholic Foreign Missions in the same rank as St. Francis Xavier.

The following lessons are assigned to the second Nocturn of her office. By special privilege of His Holiness Pius XI her feast is kept in her own convent on September 30, the anniversary of her death. In the Carmelite Order it is celebrated on October 1, and everywhere is transferred to October 3. 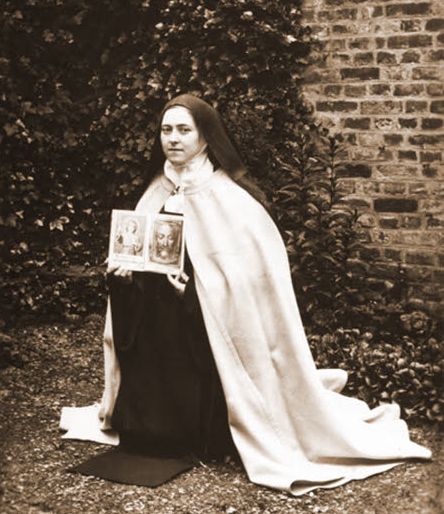