September 12 – Fifth Day within the Octave of the Nativity 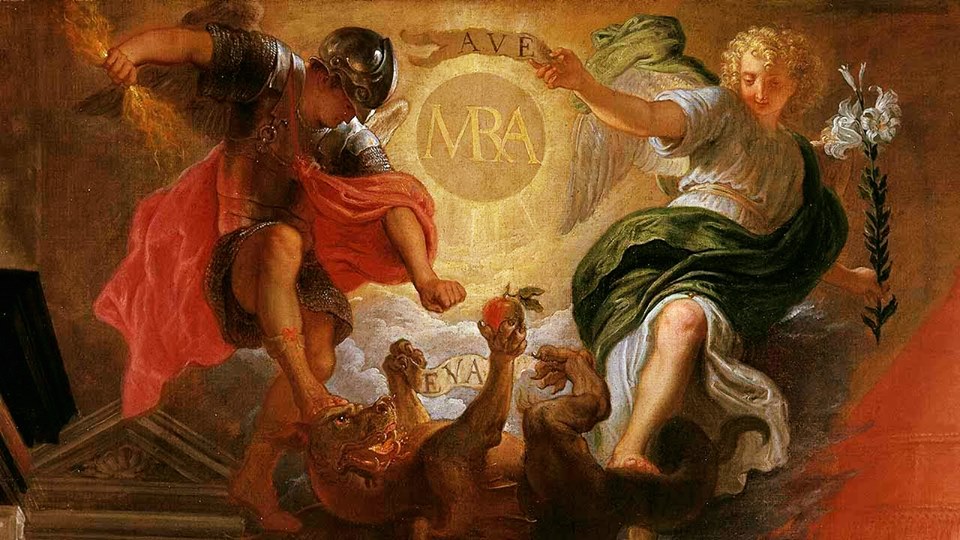 “Who is she that cometh forth as the morning rising, fair as the moon, bright as the sun, terrible as an army set in array?” Such is thy growth, O Mary! Not the holiest life, were it even of patriarchal duration, will ever attain the degree of progress made under the influence of divine power by the soul of the most pure Virgin, in these few days elapsed since her coming on earth. First, there is the progress of her intellect: not subject to the obscurity which envelopes the minds of all men at their entrance into the world, it is a faithful mirror, into which the Word of God pours floods of that light which is also life. Then the progress of love in that heart of the Virgin and the Mother, wherein the holy Spirit already delights to awake such ineffable harmonies, and to dig still deeper depths. Lastly, the progress of that victorious power, which made satan tremble at the moment of the Immaculate Conception, and which has constituted Mary the incomparable Queen of the hosts of the Lord.

Two glorious triumphs, two victories won under the protection of our Lady, have rendered this present day illustrious in the annals of the Church and of history.

Manicheism, revived under a variety of names, had established itself in the south of France, whence it hoped to spread its reign of shameless excess. But Dominic appeared with Mary’s rosary for the defense of the people. On September 12, 1213, Simon de Montfort and the crusaders of the faith, one against forty, crushed the Albigensian army at Muret. This was in the pontificate of Innocent III.

Nearly five centuries later, the Turks, who had more than once caused the west to tremble, again poured down upon Christendom. Vienna, worn out and dismantled, abandoned by its emperor, was surrounded by 300,000 infidels. But another great Pope, Innocent XI, again confided to Mary the defense of the baptized nations. Sobieski, mounting his charger on the feast of our Lady’s Assumption, hastened from Poland by forced marches. On the Sunday within the octave of the Nativity, September 12, 1683, Vienna was delivered; and then began for the Osmanlis that series of defeats which ended in the treaties of Carlowitz and Passarowitz, and the dismemberment of the Ottoman empire. The feast of the most holy name of Mary inscribed on the calendar of the universal Church, was the homage of the world’s gratitude to Mary, our Lady and Queen.

As a supplement to the ancient sequence given yesterday, we choose for today a hymn of the same period, to celebrate the blessed birth which brought peace and honor to the world.